Supervised heroin injection sites are a threat to all Americans 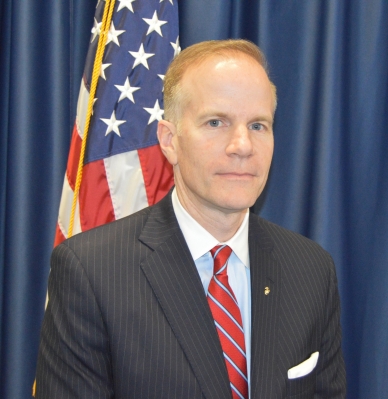 To almost everyone, the idea of a government-sanctioned center for the injection of illegal drugs like heroin would seem like a concept from a twisted sci-fi film. Unfortunately, that dystopian vision is being championed in the form of supervised injection sites, whose aim is to provide a haven for people to do illegal drugs. Even more unbelievable? The advocates for these sites claim that by providing such a haven, they are helping to stem the opioid crisis. Nothing could be further from the truth.

While there are many significant problems with supervised injection sites, the biggest one is also the most obvious: They are illegal. This is of no concern to the liberal supporters and politicians advocating for them in some American cities. New York City has opened two supervised injection sites, and Rhode Island plans to open another. The opening of these sites has been lauded by progressive advocates, who see the provision of a “safe” place to inject drugs as a form of social progress. This is both irrational and dangerous. The solution to crime is not more crime. Our federal drug laws are not simply an inconvenience to be ignored by people who think they know better.

When a group ironically named Safehouse tried to bring injection sites to Pennsylvania in 2019, I sued Safehouse in my capacity as U.S. Attorney and won. In defiance of that court ruling, Safehouse has continued to try to find a way to operate in Philadelphia. But it is not just Philadelphia’s fate hanging in the balance. If the Department of Justice ultimately decides to ignore the law and tries to allow injection sites in Pennsylvania, that could pave the way for such sites to invade neighborhoods around the country. Not only would this spell disaster for communities across America, it would be a stark endorsement of the lawlessness promoted by progressive leaders in some of America’s largest cities, which has led to recent, record increases in violent crime. Liberal politicians are increasingly embracing policies that put “woke” politics ahead of the safety of law-abiding citizens. This alarming trend has reached its logical absurdity with supervised injection sites.

Normalizing the use of deadly drugs like heroin and fentanyl is not the answer to solving the opioid epidemic. Instead of working to prevent illegal drug use, these injection sites quite literally invite it, rolling out the red carpet for drug users to bring their own illegal substances to inject under the cover of supposed medical supervision. Far from a message of prevention, in reality Safehouse is giving up the fight against opioids and trading it for the idea that people will do deadly drugs no matter what – so we may as well help them do it. Simply put, Safehouse would be nothing more than a concierge service for illegal drug use.

Far from a public health resource, these sites contribute directly to the destruction of their host cities and communities. In addition to perpetuating and encouraging addiction, the sites inevitably lead to an increase in drug dealing, crime and disorder and promote an attitude of lawlessness, threatening the safety of law-abiding citizens. Communities with supervised injection sites would also face a decline in property values, a stalling business community and the diminishment of economic activity.

As governor, I would do everything in my power to protect the law-abiding citizens of Pennsylvania by stopping these sites from operating, just as I successfully did as U.S. Attorney. This includes enforcing state laws that prohibit the sites. I would ensure that our communities will never become a haven of pro-drug messaging and that our state government will never support businesses that promote illegal activity.

The key to combating the opioid epidemic is through lawful solutions, both in Pennsylvania and throughout the nation. This includes choking the supply of deadly drugs through the aggressive enforcement of our drug laws and the incarceration of drug dealers and distributors. And it means working to clean up the streets of our cities currently ravaged by progressive leaders who place the liberal agenda over protecting law-abiding citizens. No American should ever have to live in fear as a result of drug or crime-infested neighborhoods, and we can achieve this by electing conservative leaders who will protect the safety of all citizens — no matter where they live. Also important is a renewed effort to connect families, addicts and high-risk populations with prevention and rehabilitation opportunities, including medical and social support resources. We must provide addicts with the help that they need – not make it easier for them to feed their deadly addiction.

Pennsylvanians deserve a leader with the experience and ability to aggressively enforce our laws and fight for the law-abiding citizens across the commonwealth. As U.S. Attorney, I kept Safehouse out of Philadelphia, I put rioters and looters in jail, and I worked to ensure that violent criminals were kept off the streets. As governor, I would continue to fight back against destructive, progressive policies that harm our families and communities. Pennsylvania deserves nothing less. ••

Bill McSwain is a Republican candidate for governor. He’s a former U.S. Marine and was U.S. Attorney under President Trump.