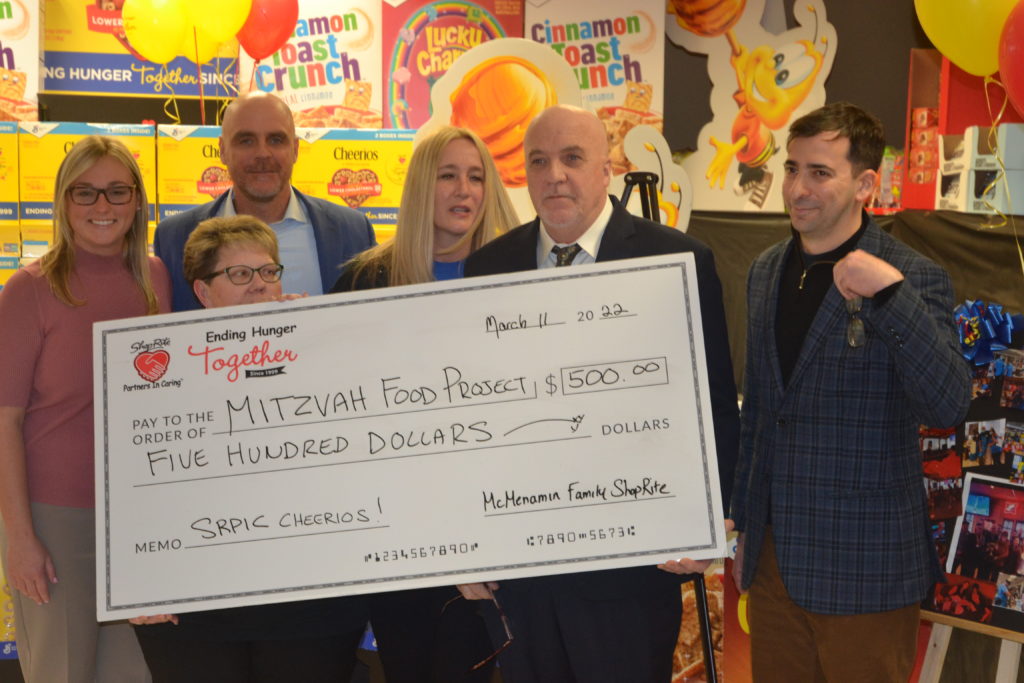 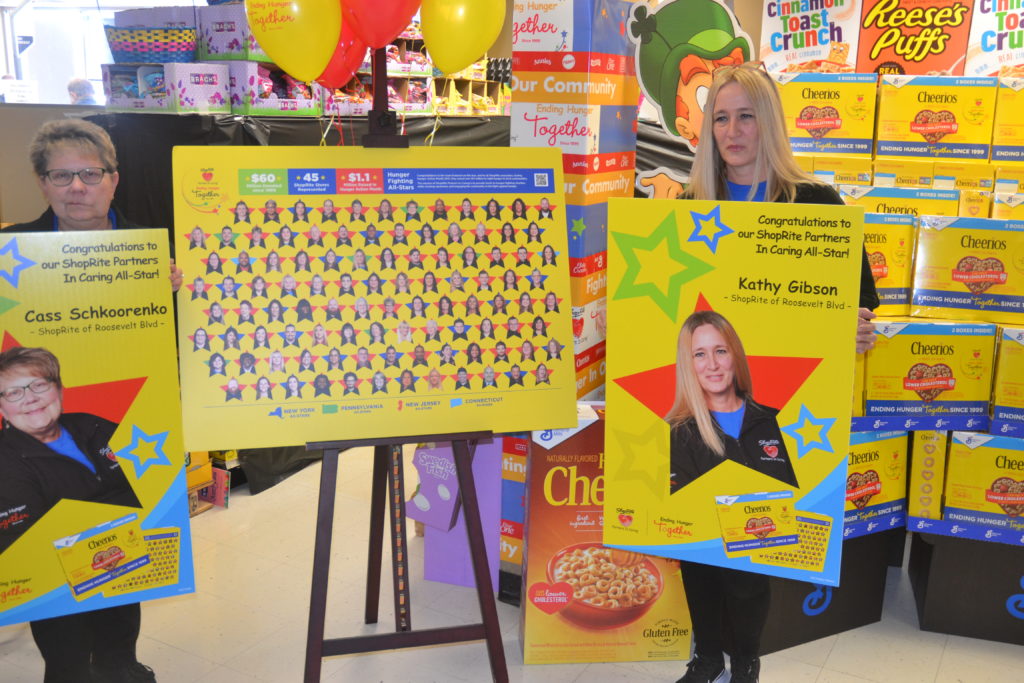 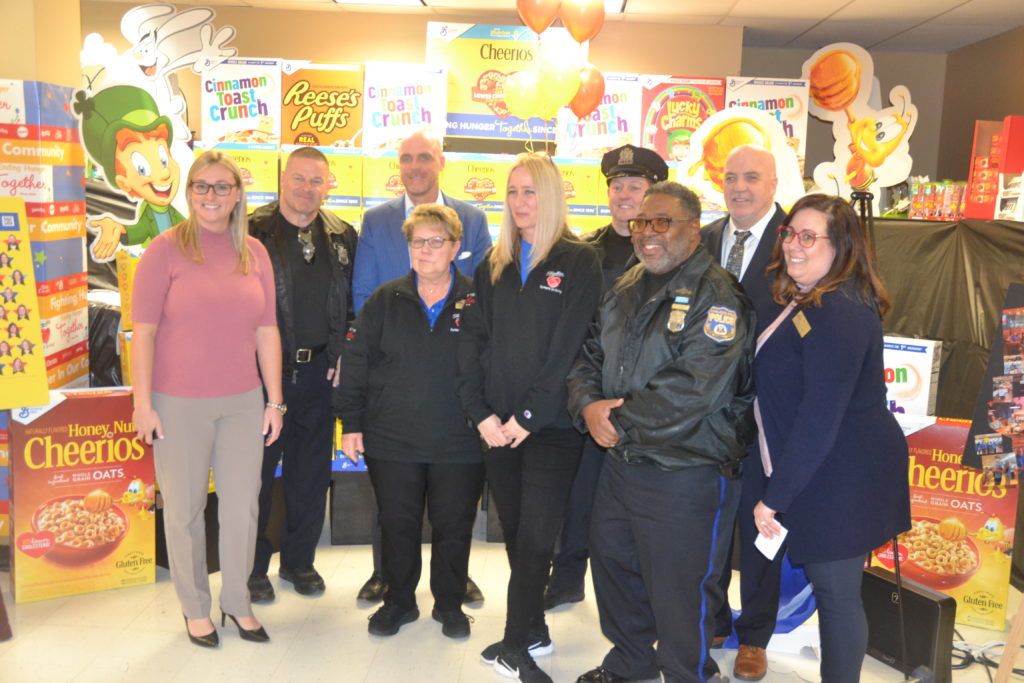 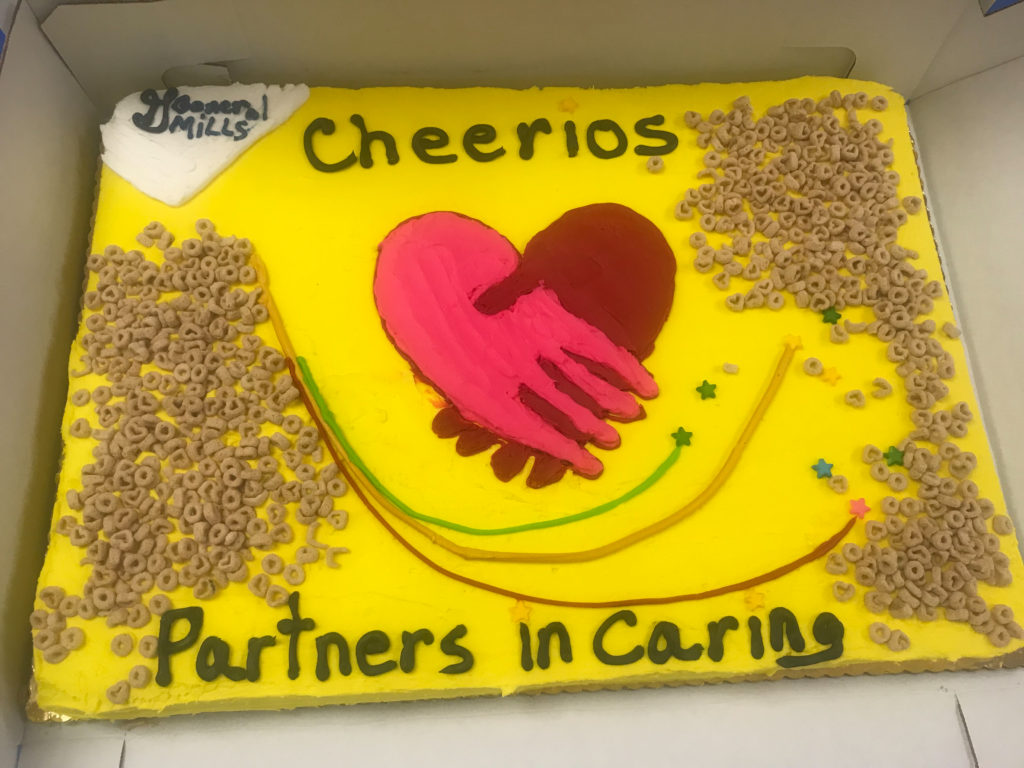 In September, ShopRite employees in six states participated in a friendly competition to support the company’s hunger initiative.

The Boulevard store raised more than $10,000 through the collection of donations at checkout, dine-outs, in-store raffles and a night out at Chickie’s & Pete’s.

Friday’s Ending Hunger Together event honored longtime employees Cass Schkoorenko and Kathy Gibson, who are featured on a special-edition Cheerios box that is being sold at ShopRite in March, for spearheading the store’s fundraising. The Boulevard store was among the top 45 ShopRites in money raised.

In addition, ShopRite presented the Mitzvah Food Project at KleinLife with an additional $500 donation. The check was accepted by Brian Gralnick.

Sean McMenamin, the company president, thanked customers for supporting the cause.

Among those in attendance were state Rep. Martina White and representatives from the 7th Police District and General Mills.

Also, everyone enjoyed a Partners in Caring Cheerios cake.

The ShopRite Partners In Caring program has been in existence since 1999, and has raised more than $44 million to support some 2,200 charities such as soup kitchens, food pantries, homeless shelters and senior citizen centers. •• 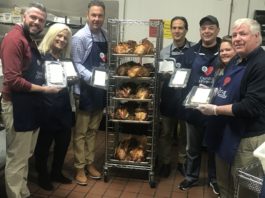