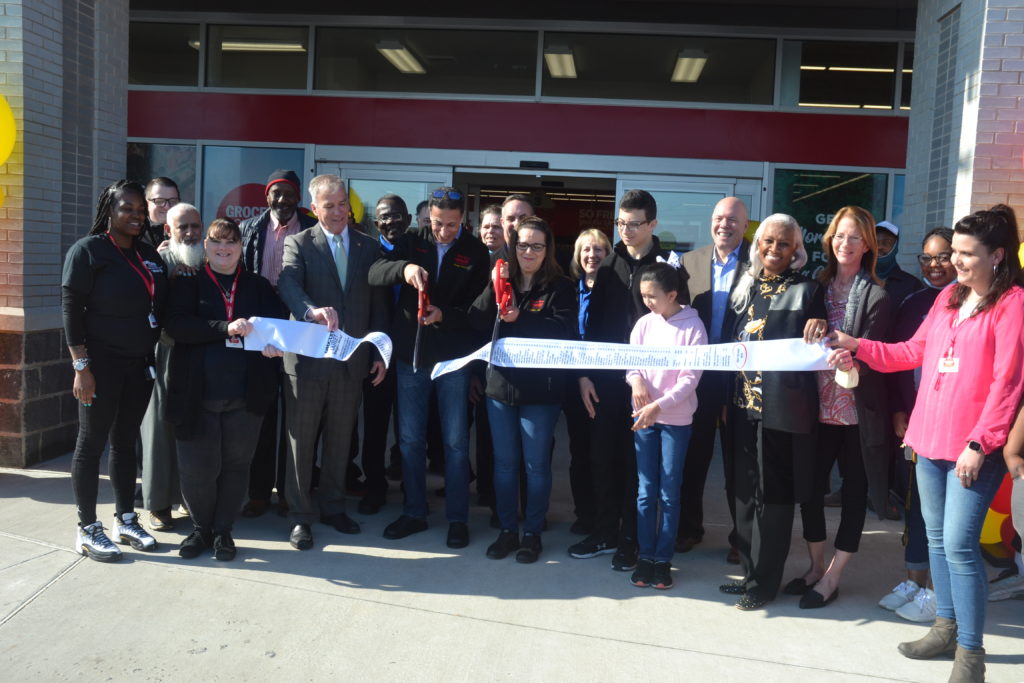 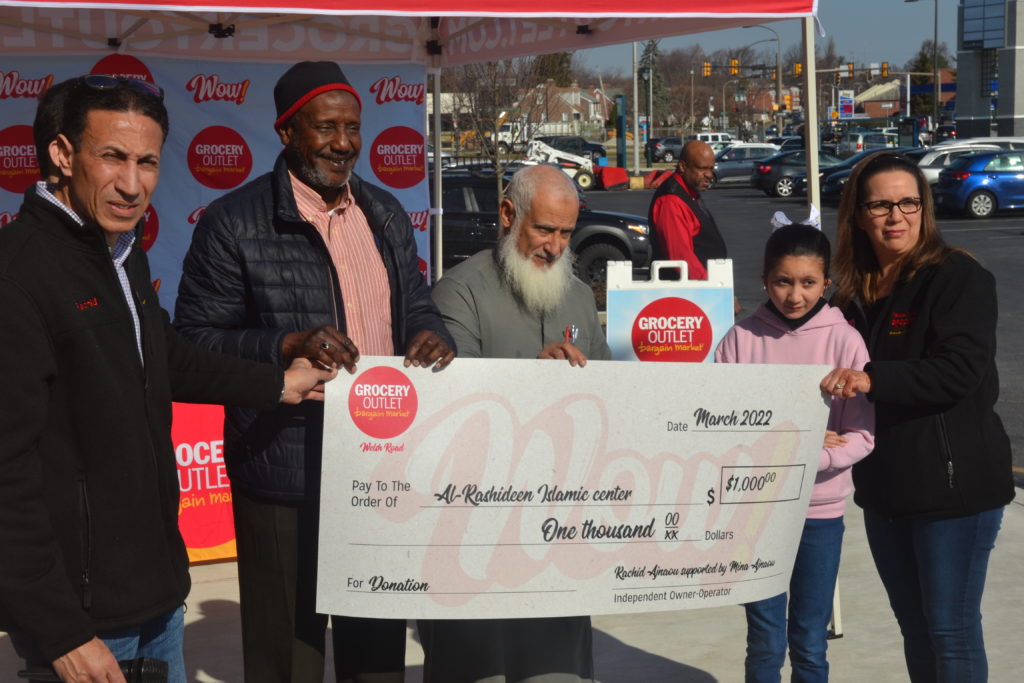 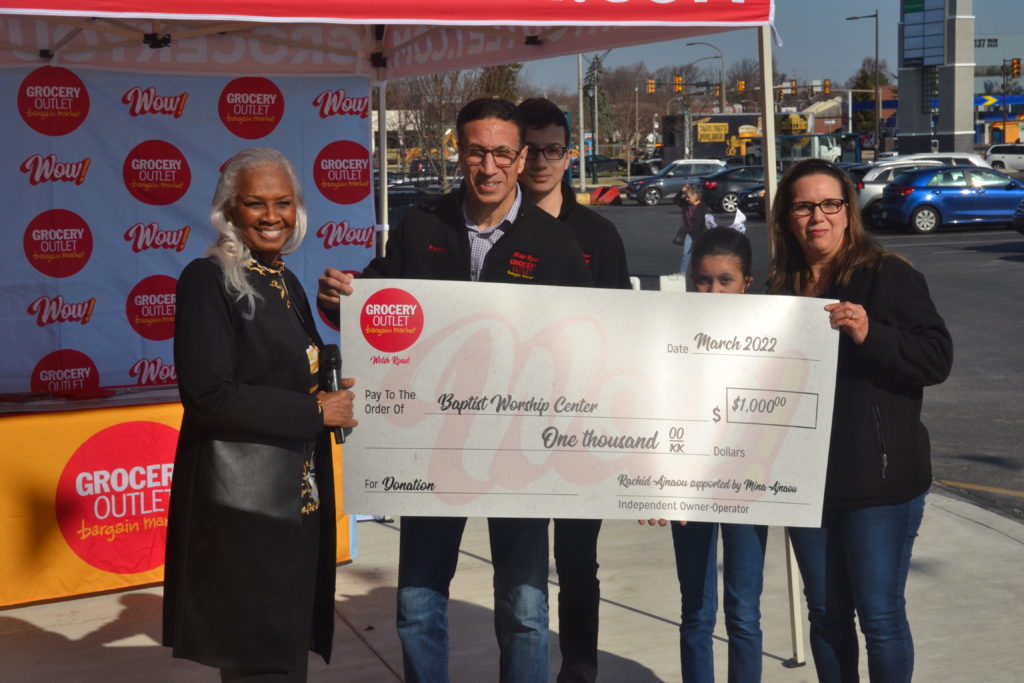 A DJ played music as the company made $1,000 donations to the Baptist Worship Center, 4790 James St., to be used for youth summer activities, and to Al-Rashideen Islamic Center, 9255 Roosevelt Blvd.

Neilson said he was happy to see name brands at low prices at a time when everything seems to be more expensive.

Grocery Outlet has been around for 75 years, with more than 400 stories, mostly on the west coast.

The stores are owner operated. The Welsh Road store employs 27 and is under the direction of Rachid and Mina Ajnaou. Store hours are 8 a.m. to 9 p.m. ••