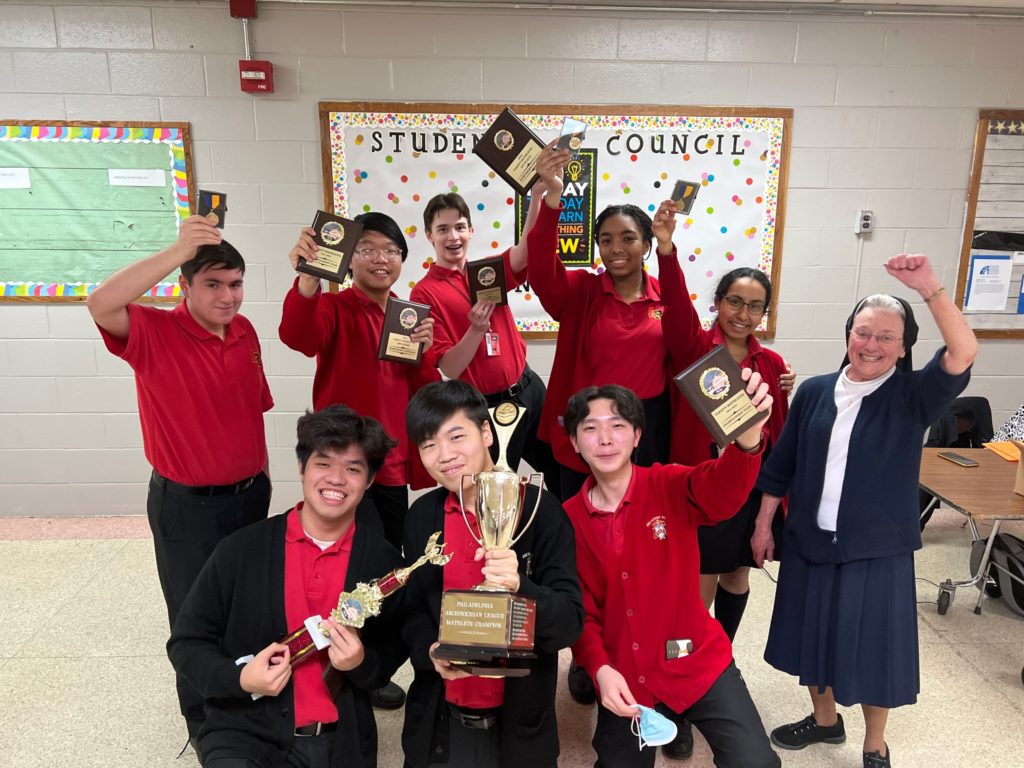 The Varsity Mathletes brought high honors to Archbishop Ryan on April 4 when they secured the Archdiocesan championship for the 20th time in recent years. Ryan scored 36 points, followed by Devon Prep and Notre Dame Academy each with 27 and St. Joseph’s Prep with 21. The Mathletes owe another stellar season to the consistent and high scoring of senior co-captains Andy Tran and Andy Wang, with a big assist from senior Henry Yang, junior Daniel Wang and freshman Jefferson Lin. The newly chosen junior captains are Ansu David and Dan Wang. Junior Laurie Flemming and freshman Justin Chasi are working hard and looking forward to stepping up to the plate next year. Longtime coach Sister Alice Hess, IHM, said, “They are a coach’s delight for they want to be champions and are willing to work hard to achieve it.” ••