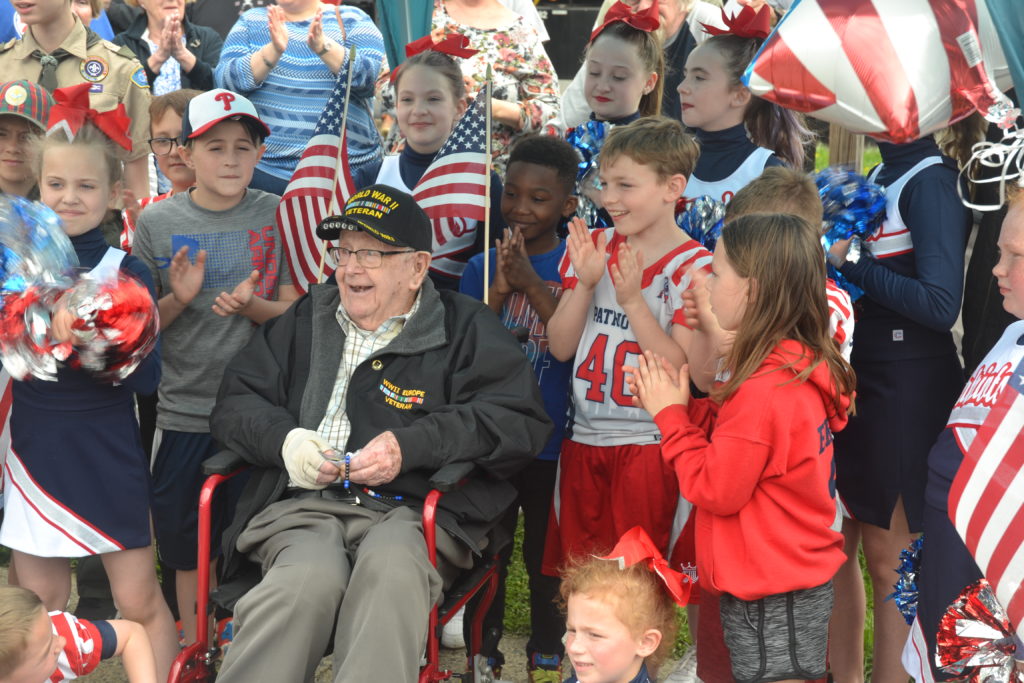 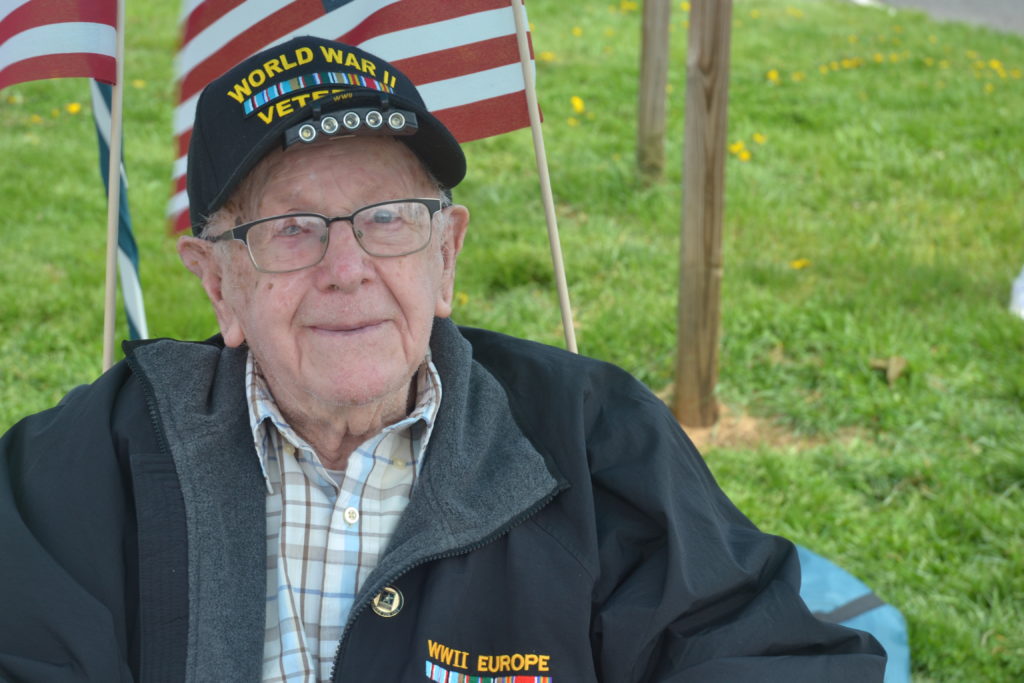 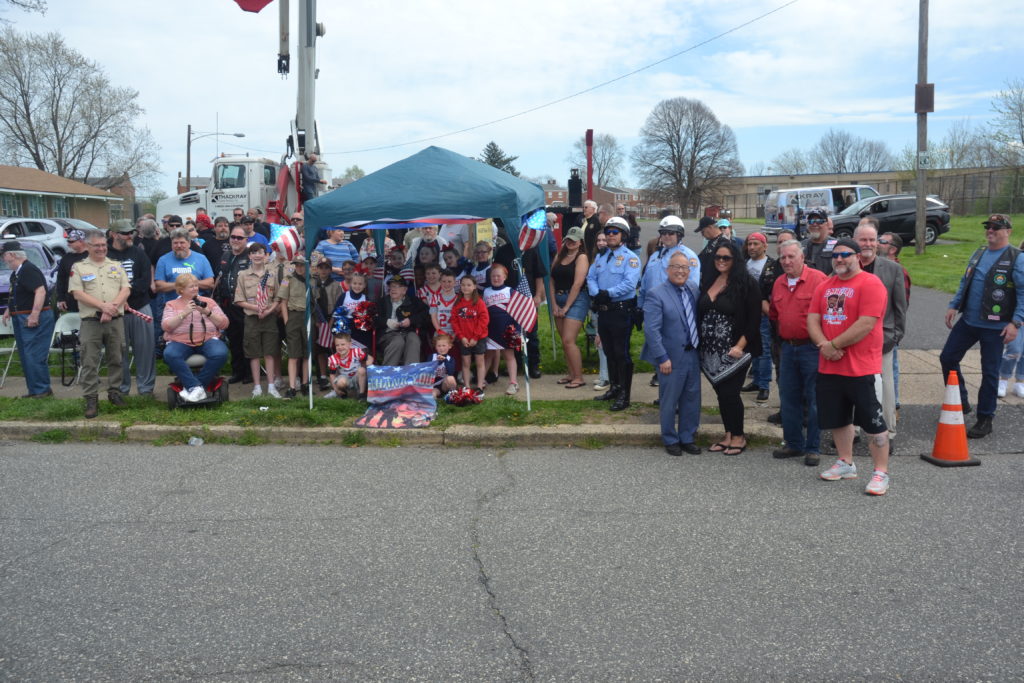 A crowd gathered in the Archbishop Ryan High School parking lot and followed a police escort to the grounds of United Methodist Church of the Good Shepherd, where George was admiring some classic cars.

City Councilman David Oh presented George with a citation. Municipal Court President Judge Pat Dugan presented him with an Army “Soldier for Life” pin and a Veterans Court “Leave No Veteran Behind” coin. Warriors’ Watch Riders gave him stars of an American flag, beads and a coin.

“I hope all you people can reach a hundred,” said George, an Academy Road resident whose big birthday was on Thursday. ••