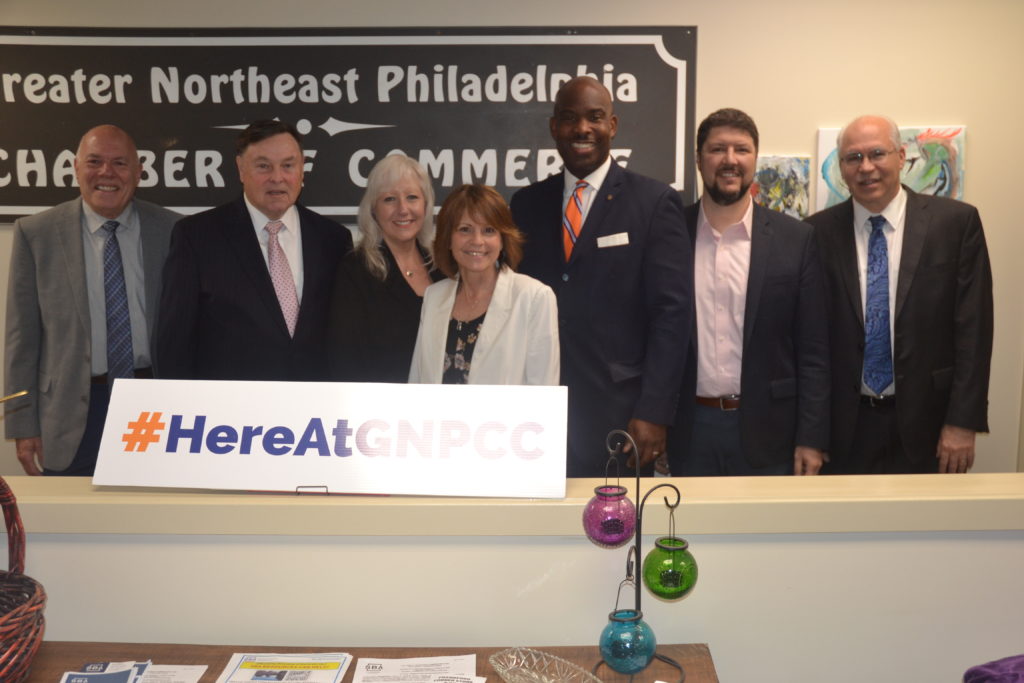 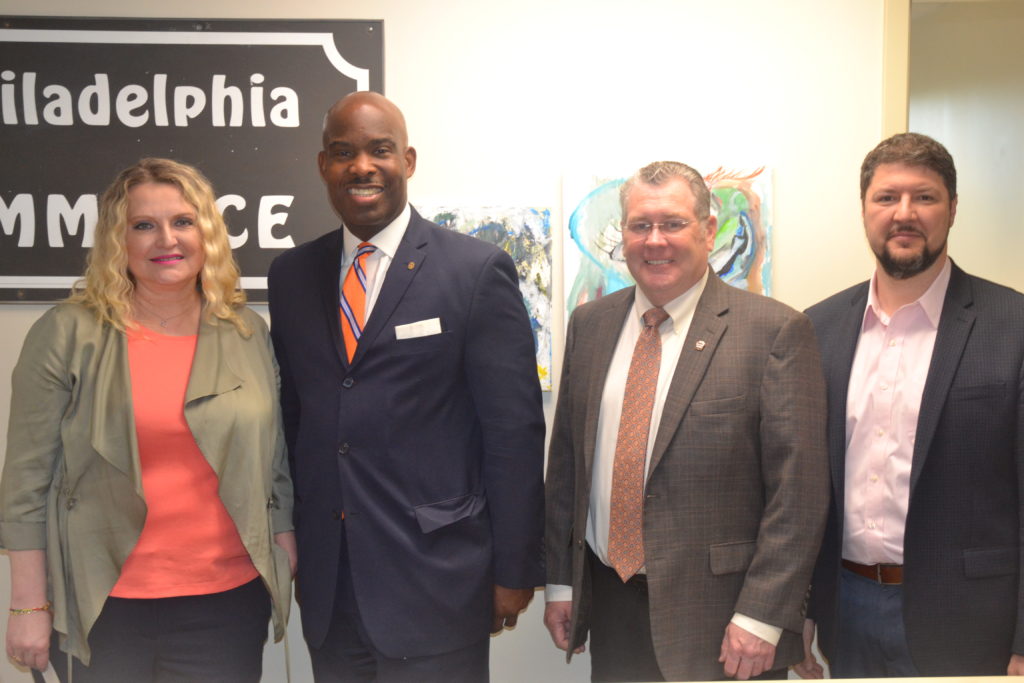 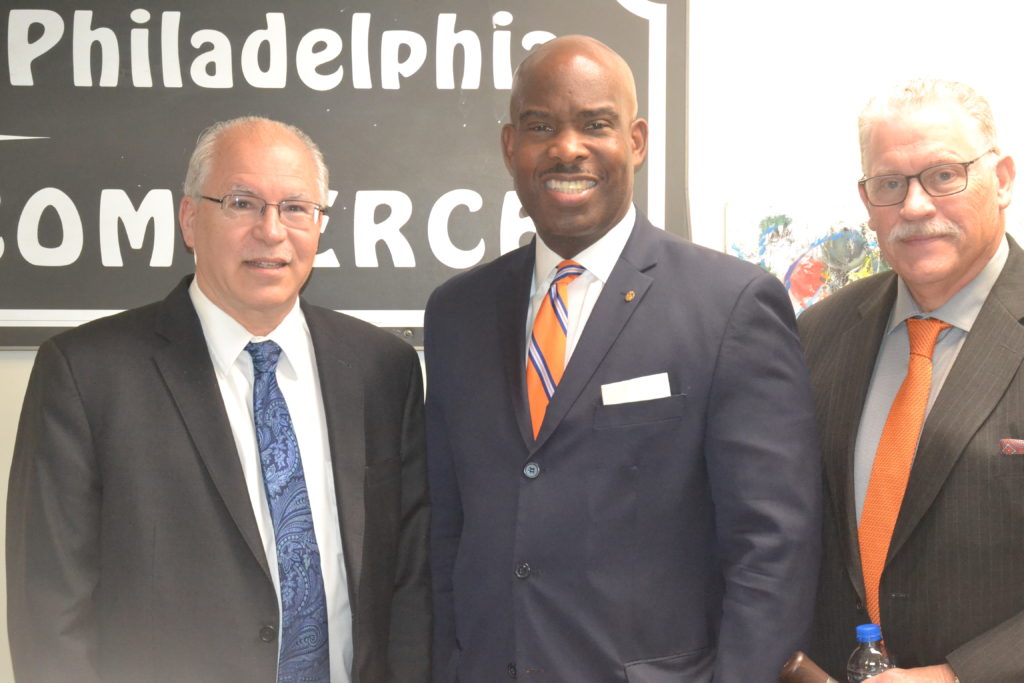 Green is a former employee of Meridian Bank’s Mayfair branch, onetime co-owner of a women’s shoe store in Germantown Avenue and worked for the city law department and Councilwoman Marian Tasco before being elected in 2015. He is considered a likely candidate next year for mayor.

In office, he has tried unsuccessfully to use some of the city’s $1.2 billion in American Rescue Plan funds to lower business taxes. The money has to be allocated by December 2024.

Green thought Mayor Jim Kenney was on the side of a Council tax reform working group. The mayor has proposed a whopping $5.6 billion budget. The councilman worries that Kenney will abandon tax reform, likening him to Ben Simmons bailing on the 76ers.

“We don’t have the option of walking off the court,” he said.

As for public safety, Green listened to Police Commissioner Danielle Outlaw say hurdles to hiring officers are salary and the requirement that individuals live in Philadelphia for a year before being hired. Green introduced bills addressing both issues, and Kenney lifted the residency requirement. The councilman wants action on his bill giving police recruits signing bonuses.

“We have the money in the budget for it,” he said.

Green believes Philadelphia can become a global leader in life sciences. He is eager for Hilco to break ground, expected in the fall, on redevelopment of 1,300 acres of the former Sunoco refineries in South Philadelphia.

The councilman has already met with incoming School District of Philadelphia Superintendent Tony Watlington, and is hoping the state will increase its funding for public education.

As for affordable housing, Green noted that property owners’ assessments will be going up 31 percent next year. Last year, he successfully pushed for a Home Rule Charter change that would implement a mandatory, annual appropriation of at least 0.5 percent of the general fund to the Housing Trust Fund. ••