80 years of the St. Hubert Bambies 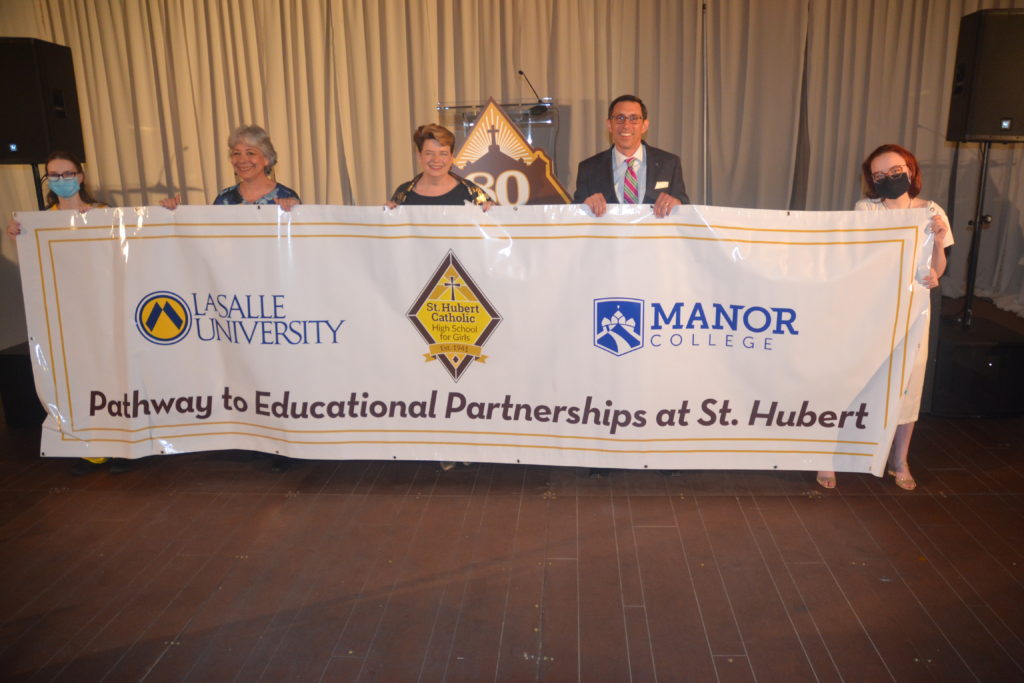 Perhaps the highlight of the night, captured on Facebook Live, was an announcement that the Connelly Foundation was donating $500,000 for the Connelly Arts and Design Center.

School president Lizanne Pando, on the job since 2016, accepted a check from Connelly’s Timothy Durkin. Of that sum, $150,000 must be matched by the school. That proved to be no problem, as people in the crowd immediately pledged $55,000 and a couple appearing in a pre-recorded video pledged $150,000.

Also at the May 4 event, Pando announced collaborations with Manor College and La Salle University as part of St. Hubert’s Pathway to Educational Partnerships. Juniors and seniors will have the opportunity to earn college credits.

The evening featured the fifth annual fashion show; artwork; student orchestra performances; raffles; videos; an “80 Years of Sisterhood” slideshow; prayer from board chairman, the Rev. Carl Pieber; and appearances by cheerleaders, flag football players and members of the robotics club.

Pat Ciarrocchi, a board member and former Channel 3 news personality, was the emcee.

Boathouse Row and the PECO Energy building were lit in honor of the occasion. ••