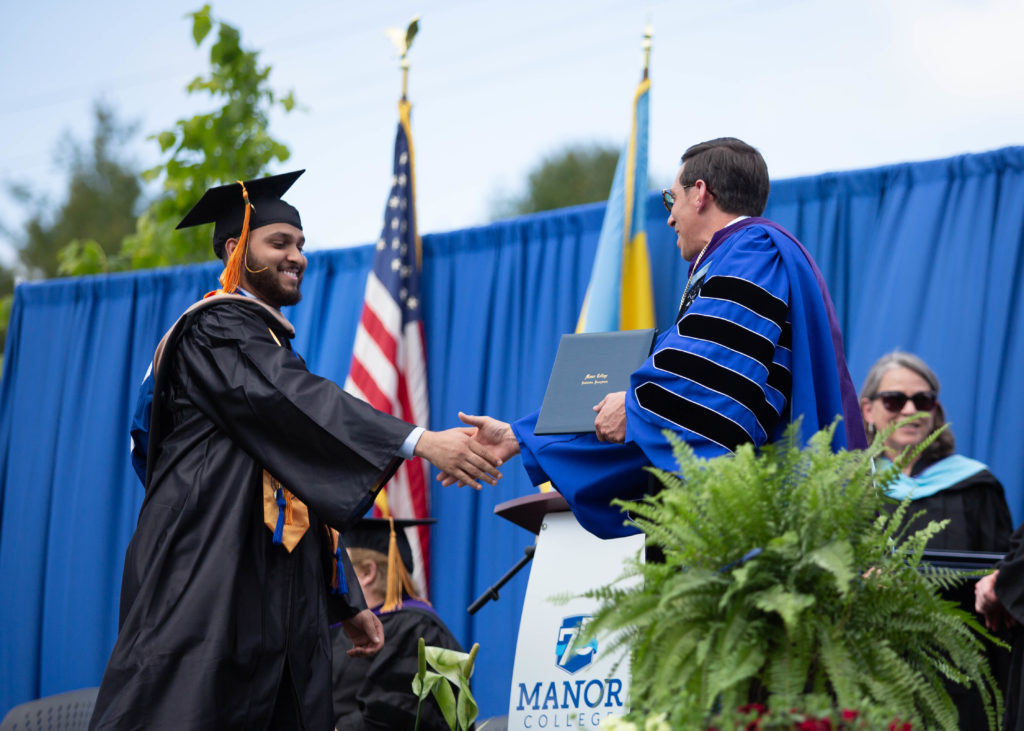 Manor College’s graduating class of 2022 took to the stage on May 12 to receive their associate’s and bachelor’s degrees.

Among them were future nurses, dentists, liberal arts experts, business people, veterinarians and educators. But of all the dedicated, hardworking bachelor’s degree-earning graduates, Manor chose Northeast Philadelphia’s own Amariah Bashir to speak.

Bashir, who attended Northeast High School and studied General Business Administration at Manor, spoke of the challenges his class faced during COVID times, reflecting on their hard work and what may come of them in the future. Certainly, as he addressed his class and the rest of the Manor community, he was reflecting on his own journey, too.

Bashir chose Manor because it was smaller, and close to home. He worked throughout college, getting a job at a car wash and being promoted to manager. While working, Bashir had an angry customer pull a gun on him for not honoring a long-expired receipt. But instead of quitting, Bashir showed up the next day. He created a business plan for the store because, he said, he noticed customers’ frustration with the pricing layout.

“We gave it a trial run for a couple of months and it worked very well,” Bashir said. “I was promoted to manager. Expenses went down and sales went up by 49%.”

In addition to his success at the car wash, Bashir landed an internship with the Swarthmore Group.

“When I heard that these guys are coming to our school for a great internship, I just had to give it a try,” he said. “I got accepted, which was pretty cool. I think it was a great idea to do this internship because it made me realize what I want to do in the future.”

After taking a summer break, Bashir plans to continue his education.

“I’m planning to pursue a career and MBA in finance right after the summer vacation because I want to take some time off for myself. Life has been really hectic. Starting in September I will be going to a university online and studying and pursuing my career in finance,” he said.

Bashir said he hopes to find success in finance not only for himself, but for his family.

“The only thing that motivates me is that I want to do something that my parents are proud of because they work hard for me,” Bashir said. “They sacrificed everything coming from Pakistan to here, and now I want to give them a luxurious life.”