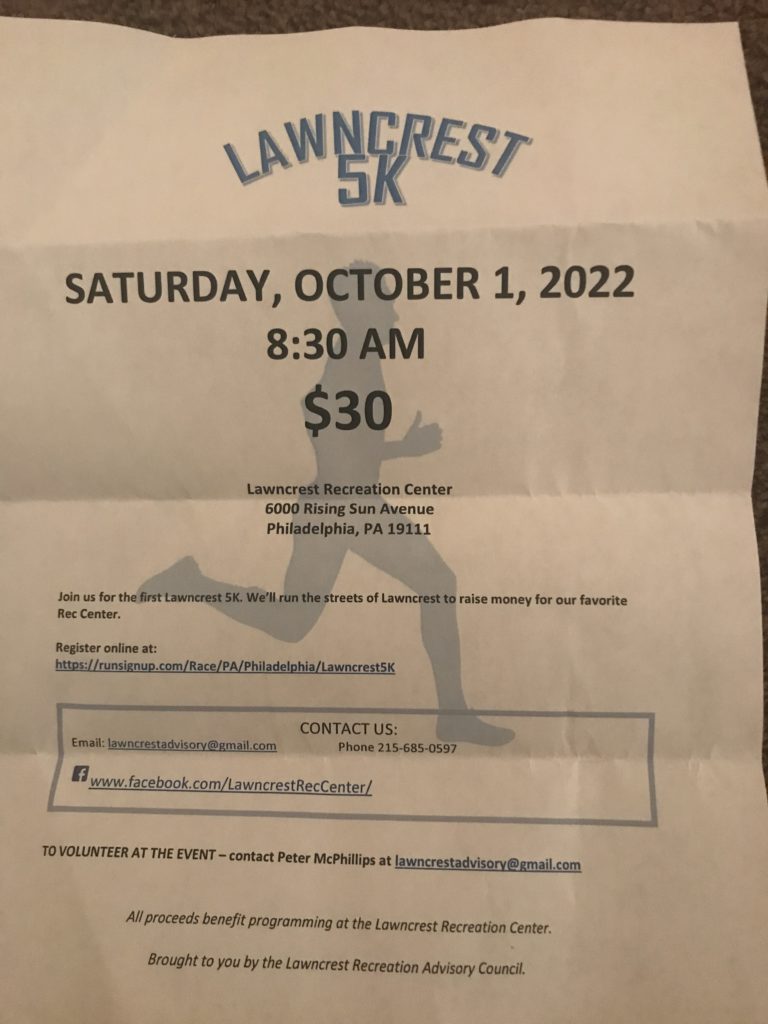 The Lawncrest Community Association last week heard a proposal for a special assembly license for the former Crestlawn American Legion Post 832, 301 E. Godfrey Ave. (at Newtown Avenue), which is for sale. Post 832 could not survive coronavirus lockdowns, and members are eager to sell the property, and would like to take the monuments with them.

Candis Pressley wants to buy the property and use it as her real estate office and to hold parties, such as wedding receptions. She was joined at the meeting by attorney Joseph Console, who explained she needs a special assembly license.

The site is zoned for a single-family home, even though the tenants before the Legion were the Republican Party and a pickle factory.

There is parking for 40 vehicles in the lot, and Pressley said the lot would be repaved. She’d improve the lighting and provide security, including cameras. She’d offer daytime classes geared to real estate, and no parties would go beyond 11 p.m.

The Legion is not selling her its liquor license, with parties BYOB. Capacity is 125.

The LCA agreed to write a letter of non-opposition to the Zoning Board of Adjustment before the June 22 hearing.

In other zoning news, the LCA will consider a proposed triplex at 615 Glenview St. at next month’s meeting. Other upcoming cases include a proposal for a special assembly license at 6410 Rising Sun Ave. and a car sales and service shop at 6701 Rising Sun Ave. (at Martins Mill Road).

In other news from the May 19 meeting:

• Mark Mroz, the community relations officer in the 2nd Police District, provided a crime update. He said a woman was shot twice in the chest and killed on May 8 outside Chuck’s Alibi. The victim and another woman had apparently been arguing earlier inside the bar over a man who had previously been murdered. Two officers were on location due to past parking and noise issues and social media promotion of a party that night. The alleged shooter was a front-seat passenger of a car on Oxford Avenue. Mroz said body cam footage did not show the victim assaulting the other woman before the shooting.

Mroz recalled that the LCA, in February, approved a two-year temporary variance for Krush Lounge, 6414 Rising Sun Ave. The variance was needed to legalize the nightclub’s music. However, Capt. Jim Kimrey, commander of the 2nd district, rejected the variance, citing a prior shooting inside the club.

Mroz said there were 18 cars stolen in the district in the last month, including some with the keys in the vehicle. He also spoke of shootings at the Hill Creek housing project.

On a brighter note, the 2nd, 7th, 8th and 15th police districts will hold an end-of-school year celebration on June 17, from noon to 3 p.m., at the Bustleton Bengals, 9945 President St. There will be water ice, pretzels, hot dogs, drinks, games and giveaways. Vendors will offer the youths summer job opportunities.

National Night Out will be on Aug. 2. The event for the 2nd and 15th districts will be in the parking lot of the ShopRite at 5597 Tulip St.

The council will also hold a 5K race on Saturday, Oct. 1, at 8:30 a.m. The cost is $30, which includes a T-shirt and medals for winners. Register at https://runsignup.com/Race/PA/Philadelphia/Lawncrest5K. To volunteer or for more information, call 215-685-0597 or email lawncrestadvisory@gmail.com.

• The Lawncrest Rec pool is scheduled to open this summer, as enough lifeguards have been hired.

• The Lawncrest 4th of July Celebration will, like last year, feature only fireworks, beginning at 9:15 p.m. at Rising Sun Avenue and Comly Street.

• LCA members observed a moment of silence in memory of those killed in Ukraine.