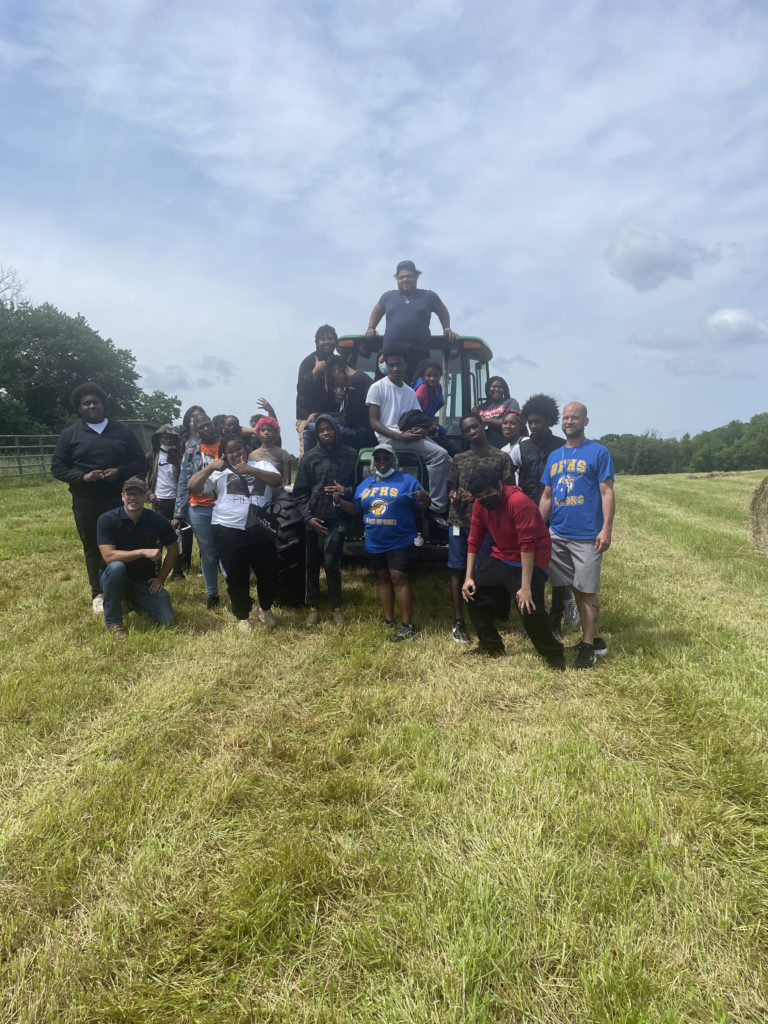 A class trip for the culinary students at Benjamin Franklin High School brought them to Fox Chase Farm last Friday.

Kris Penczak – “Chef” to the students – is in his first year as culinary teacher at Franklin, 550 N. Broad St.

There are five career and technical education (CTE) courses at Franklin. Culinary has been offered for the last 25 years or so.

Penczak is a Northeast High School graduate who has worked 35 years in the culinary industry, starting when he was 14 and working in the Lafayette Redeemer kitchen. He’s enjoying his new job.

Culinary is a three-year program at Franklin. To be accepted into the program, students must have good attendance, grades and behavior.

Franklin classes are 90-minute blocks, and the culinary students are in the classroom five days a week. Penczak preaches, among other things, the value of a strong work ethic.

In all, there are about 40 culinary students, mostly sophomores and juniors. Penczak is proud that the five seniors have passed the National Occupational Competency Testing Institute (NOCTI) test.

Though only in his first year, Penczak thinks the course is effective. Classroom learning is complemented by the school’s full commercial kitchen and trips like the one to Fox Chase Farm, a School District of Philadelphia facility at 8500 Pine Road.

Students took a hayride and toured the farm, visiting the livestock and hay barn, cornfields and chicken house while getting an up-close look at animals.

Later, it was time to grill. The menu consisted of steaks, corn on the cob, salad and apples. Junior Makeyda Brown made brownies for dessert.

Junior Cadonnie Byrd enjoys the culinary class and had such a good experience at Fox Chase Farm that he is applying for a summer job. Staff will pick up student workers at either the Fox Chase train station or the SEPTA bus turnaround loop on Oxford Avenue.

Cadonnie is a pro at making an omelet, but it took him some time to learn to bake cookies, with his first batch as flat as a pancake. One strength of the program, he believes, is how close he and his classmates have become.

“We are learning different skills, like how to bake, grill and fry,” he said.

Penczak is already planning to have his class come back to Fox Chase Farm in the fall.

“You can learn so much in the classroom, but it’s good to see them get out of their day-to-day environment and see the farm-to-table experience,” he said. ••