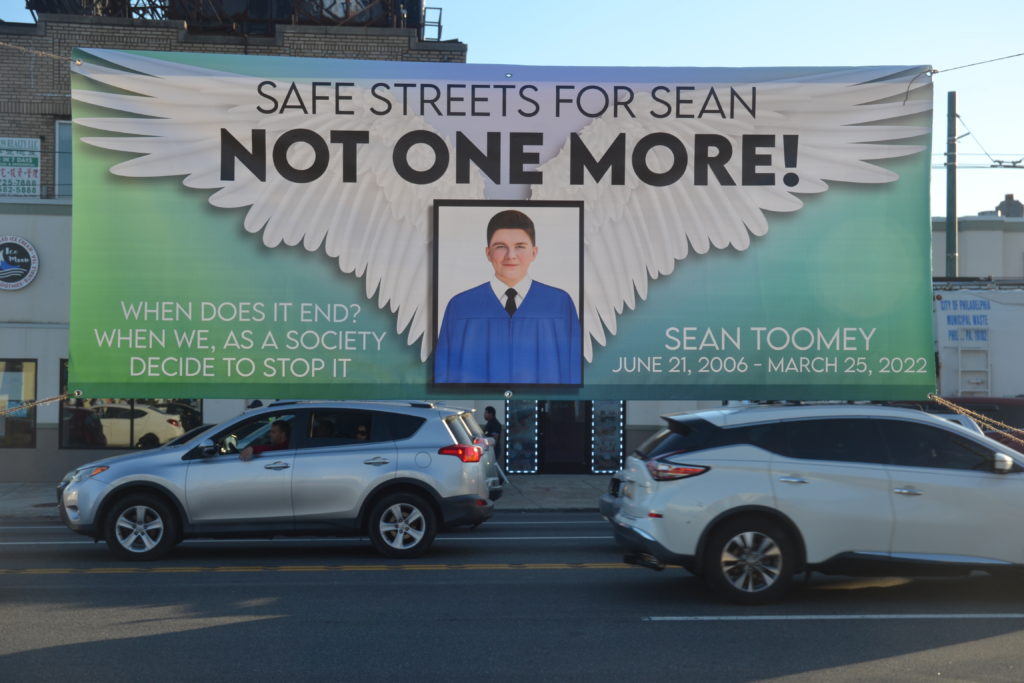 Two 17-year-olds will be prosecuted by the District Attorney’s Office for the March fatal shooting of Sean Toomey, 15, outside of his home in Wissinoming.

District Attorney Larry Krasner said, “Sean Toomey was a child full of promise and hope, like all children. The great potential he held was extinguished in a snap by strangers with firearms. Sean Toomey should be alive today and looking forward to the rest of his life. To those who knew and loved him: The loss of Sean’s life is a grave injustice, and we are heartbroken and outraged by his death.”

On the evening of March 24, at an apartment complex on the 4000 block of Devereaux Ave., a woman reported seeing two young males appearing to attempt to enter her car. She called her boyfriend to come outside, and he went to the end of the parking lot to look for them when gunshots were heard.

Police officers responding to a radio call that evening to the 6200 block of Mulberry St. located Toomey on the ground near his home, with a gunshot wound to the head. He had gone outside to get a case of water from a family car, according to his family. He was transported to Jefferson Torresdale Hospital, where he succumbed to his injuries on the afternoon of March 25.

Krasner said, “I want to thank our law enforcement partners, including the Philadelphia Police and ATF Philadelphia for their work on this complex investigation. When unregistered and untraceable guns flow like water because of permissive gun laws that favor industry profits over people’s lives, seemingly random shootings that are not captured on camera or seen by witnesses can be challenging to solve. As my office seeks accountability in court for those who pull the trigger and destroy human lives, we will also continue to relentlessly advocate for the gun safety regulations majorities of Americans support and our communities deserve.” ••