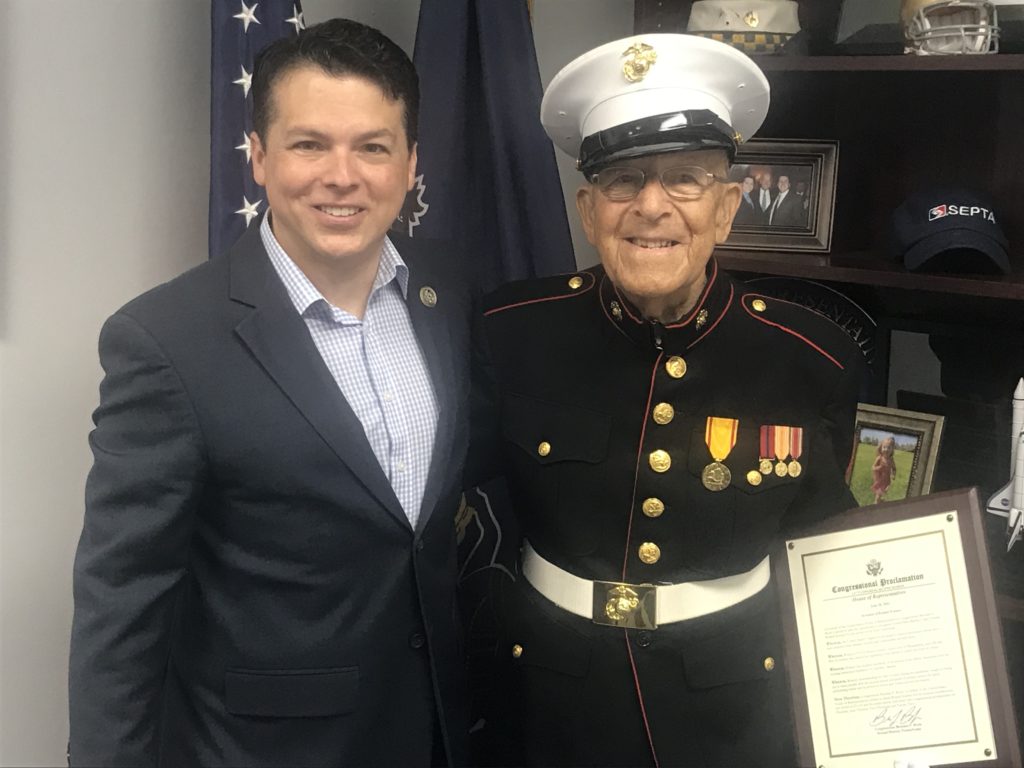 U.S. Rep. Brendan Boyle last week presented 99-year-old U.S. Marine Corps veteran Roland Scarinci with a House proclamation to recognize his efforts in the service of others during the pandemic.

Scarinci, who lives on Benson Street in Rhawnhurst, received the proclamation during a visit to Boyle’s office at 8572 Bustleton Ave. He played his favorite song, God Bless America, on the harmonica.

In the wake of Pearl Harbor and the U.S. joining World War II, Scarinci enlisted in the Marine Corps in 1942 at age 17, with special permission from his mother. He was assigned to the 1st Marine Division and was stationed in the Pacific Theater on the Solomon Islands. He participated in the invasion of Okinawa.

Boyle said Scarinci “served our country with distinction and honor,” and was impressed that he enlisted at 17.

“It truly is all-American,” the congressman said.

During the pandemic, Scarinci used his harmonica, online and in person, to bring joy to and to motivate, encourage and unify people.

Scarinci’s wife, Gloria, died on Feb 1, a day after they celebrated their 74th anniversary.

“I just loved her to pieces,” he said.

Scarinci was joined at the proclamation presentation by his daughter, Denise Kennedy. ••