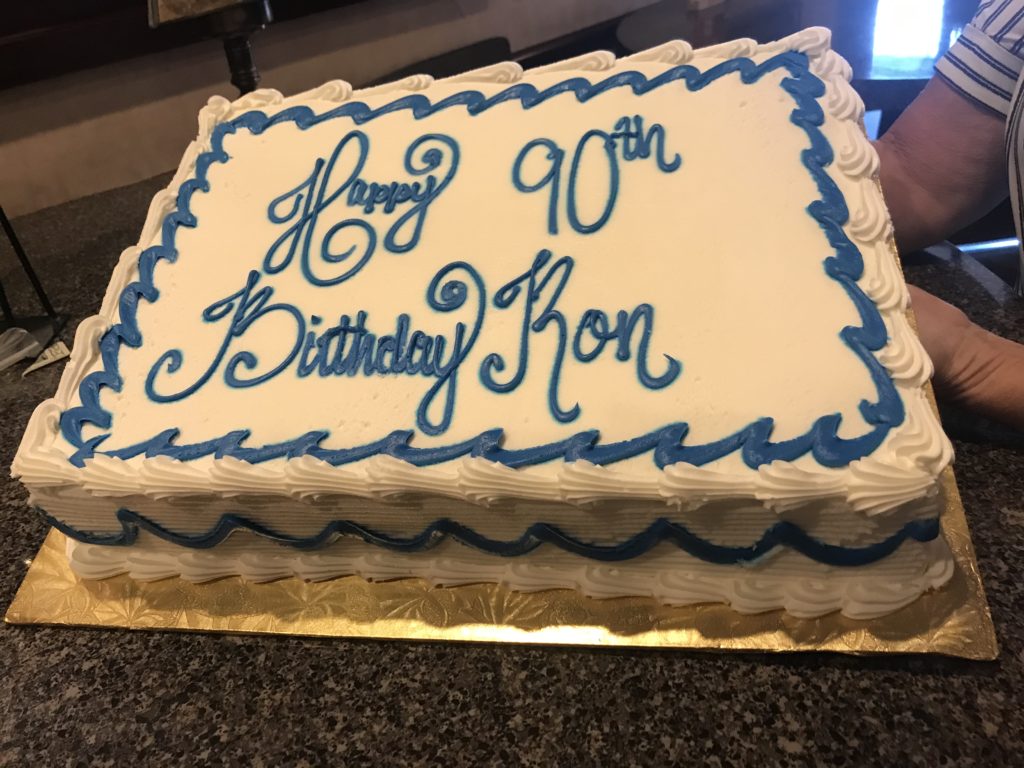 The Oldtimers Bats and Balls Association last week honored four people, three with the Bill “Pickles” Kennedy Award and one with the Chuck Newns Recognition Award.

Receiving the Recognition Award was Kyle Lindsay, who just completed his first season as baseball coach at Delaware Valley University. The Aggies won 15 games after winning just three the year before. Lindsay is a Washington Township, New Jersey native who starred at St. Augustine Prep and Misericordia University, where he was a d3baseball.com All-American.

Former Phillies relief pitcher Ricky Botallico was also scheduled to receive the Pickles Kennedy Award, but Barkann announced that he had been hired that day for a radio show on 97.5 FM.

As for Ron March’s birthday, the crowd enjoyed cake while a Marilyn Monroe impersonator (Adrijana Diamond) handed him balloons and sang I Wanna Be Loved By You, Take Me Out to the Ball Game and Happy Birthday (changing the words to include “President March,” like the actress called John F. Kennedy “Mr. President” in her famous rendition).

The next meeting is Nov. 9, which will also serve as a celebration of Veterans Day. Anyone who served honorably in the U.S. Army, Navy, Marine Corps, Coast Guard or Air Force is asked to send their name, branch, rank and dates of service to Jack Newns at 13041 Stevens Road, Philadelphia, PA 19116 or jnewns@comcast.net.