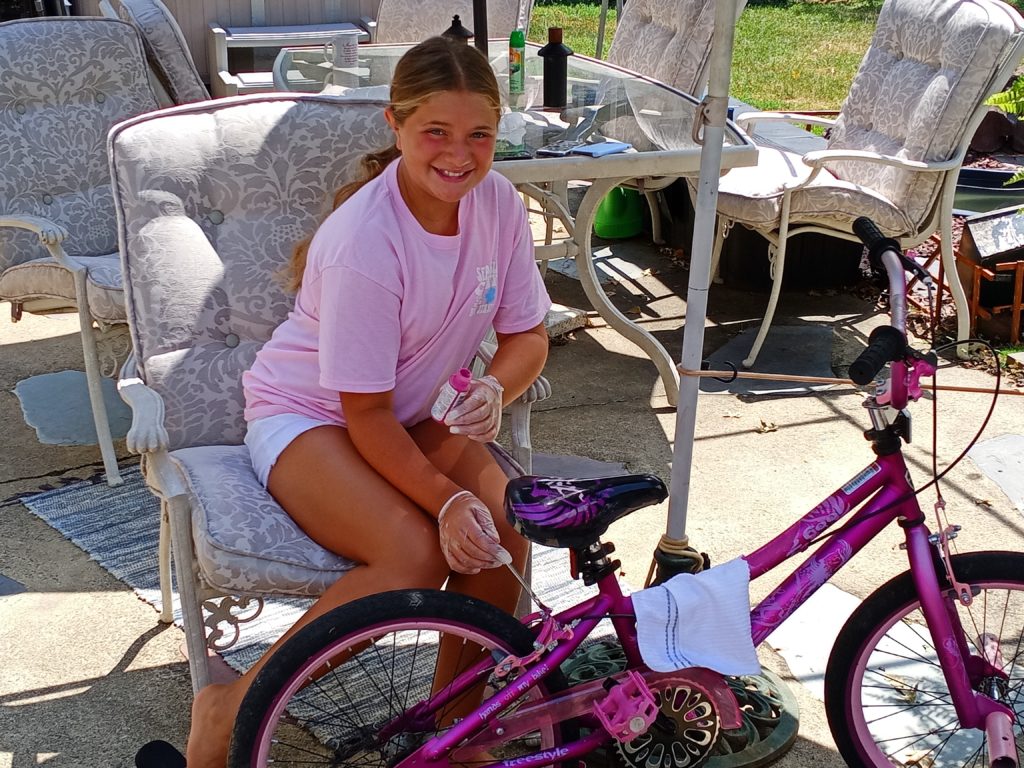 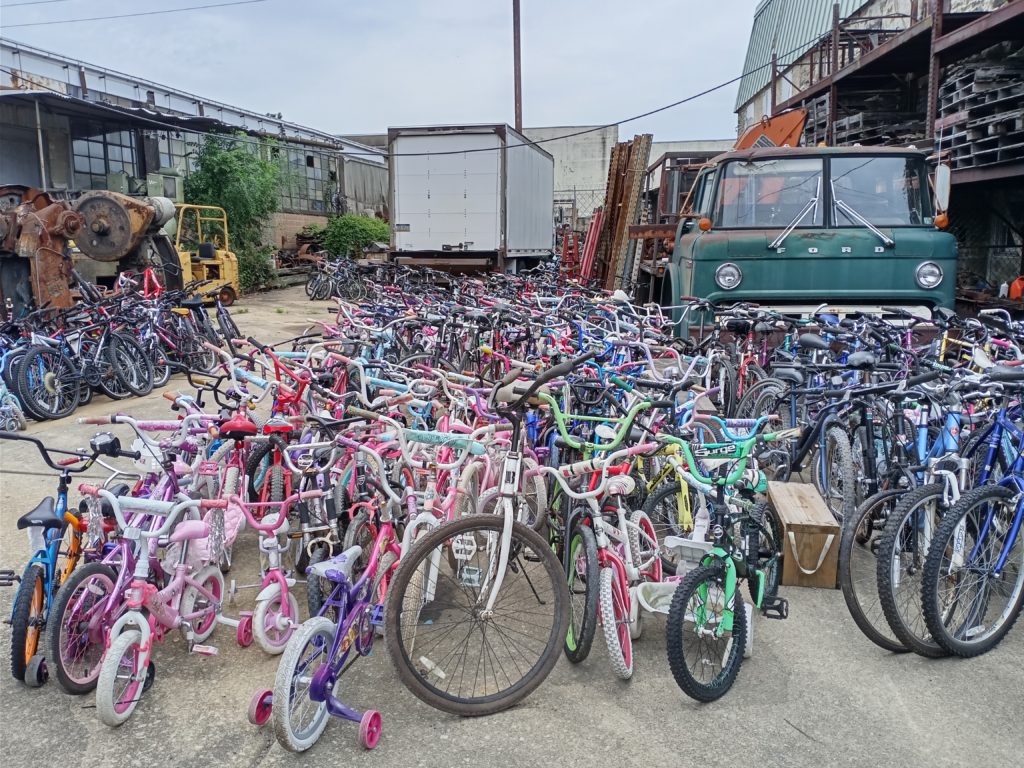 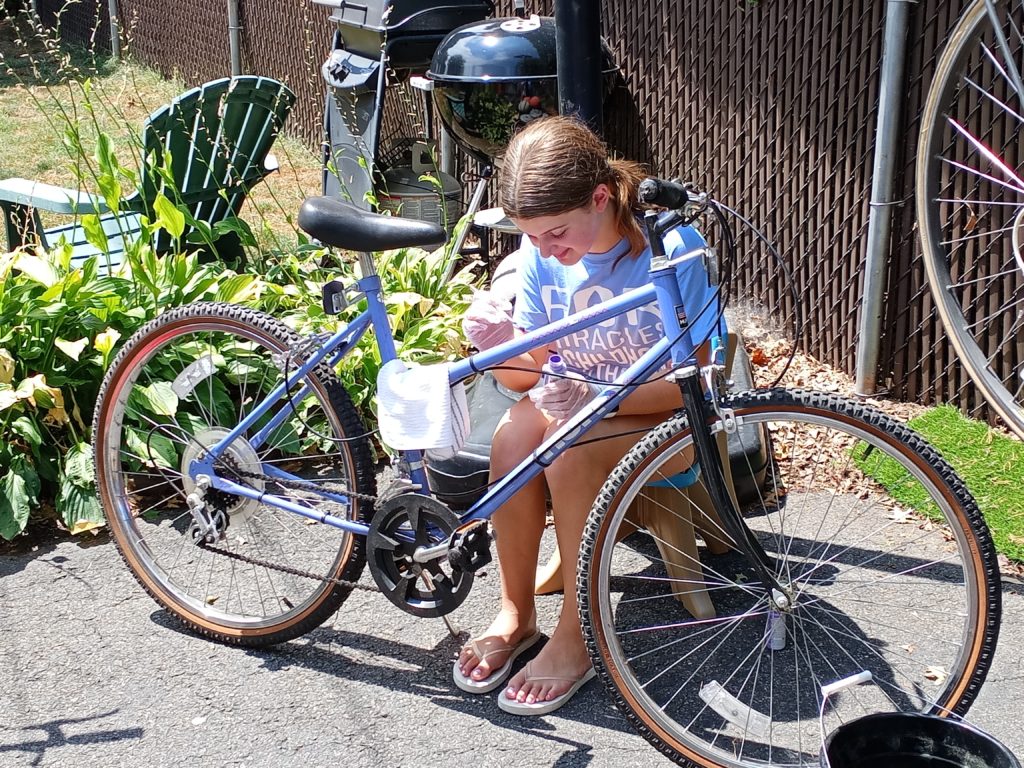 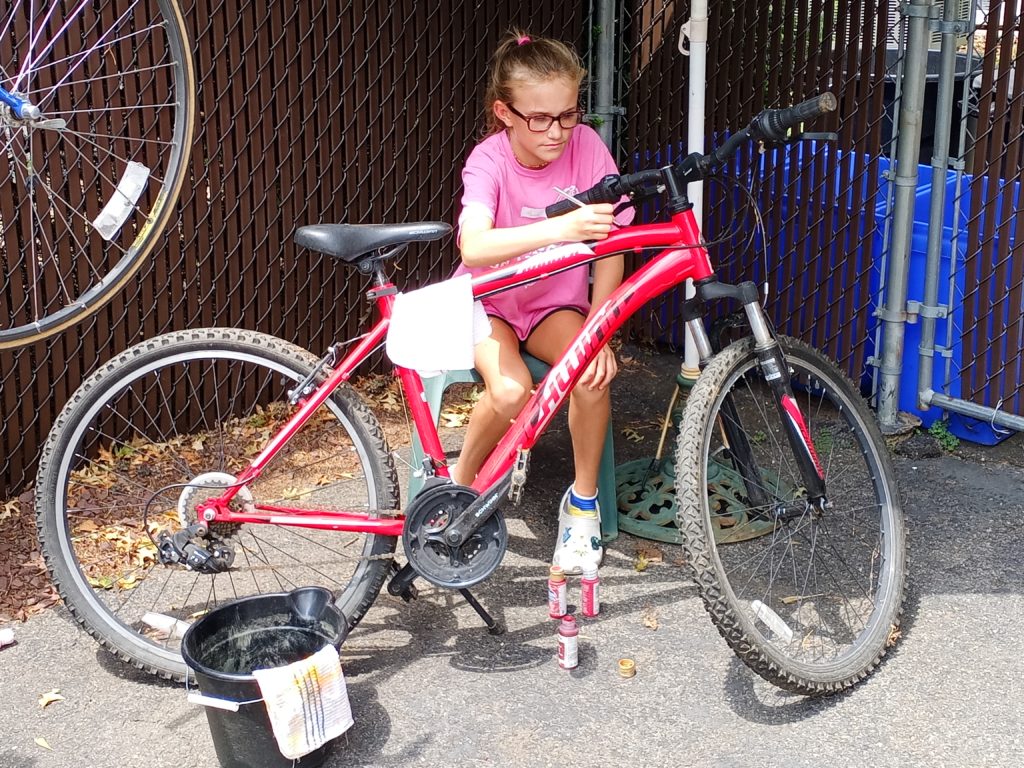 Three generations of the Guinan family are continuing their tradition of providing bicycles to needy young people.

Chris Guinan and his nephew, Joe Sulpazo, piled the bikes in the back of their pickup trucks and – along with Chris’ wife Cindy and granddaughter Sophia – delivered them to the Church of Grace To Fujianese, Rowland Avenue and Wellington Street.

The bikes were accepted by Mingchu “Pearl” Huynh, president and project director of the NEPCA. Huynh presented certificates of appreciation to the family and Sophia, a 10-year-old who will be entering fifth grade at St. Jerome.

The Guinans paint, clean and repair donated bicycles year round in the backyard of their Winchester Park home.

Over the last 11 years, the Guinans have donated 1,550 bicycles, mostly “like new” used bikes and some new.

SEPTA employees have donated many of the bikes, and the transit agency has also passed on bikes never claimed from its lost and found. Chris Guinan retired two years ago from SEPTA, and his children Lauren and Christian work there.

Anyone who wants to donate a bicycle can email Chris Guinan at cguinan8119@gmail.com. ••