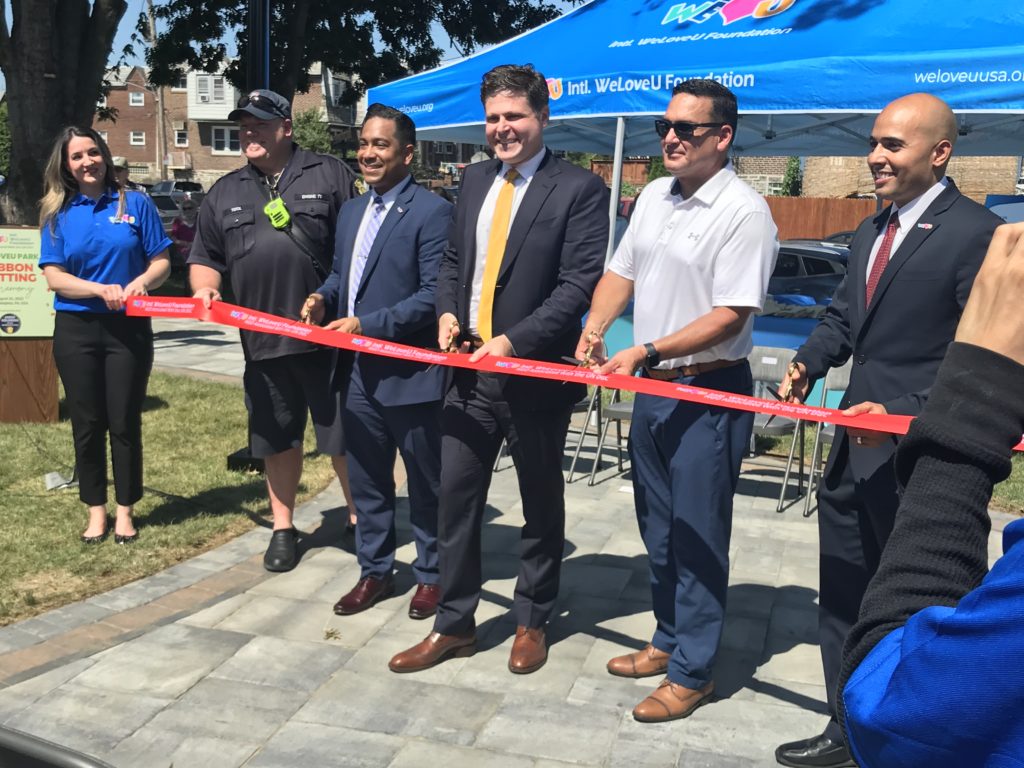 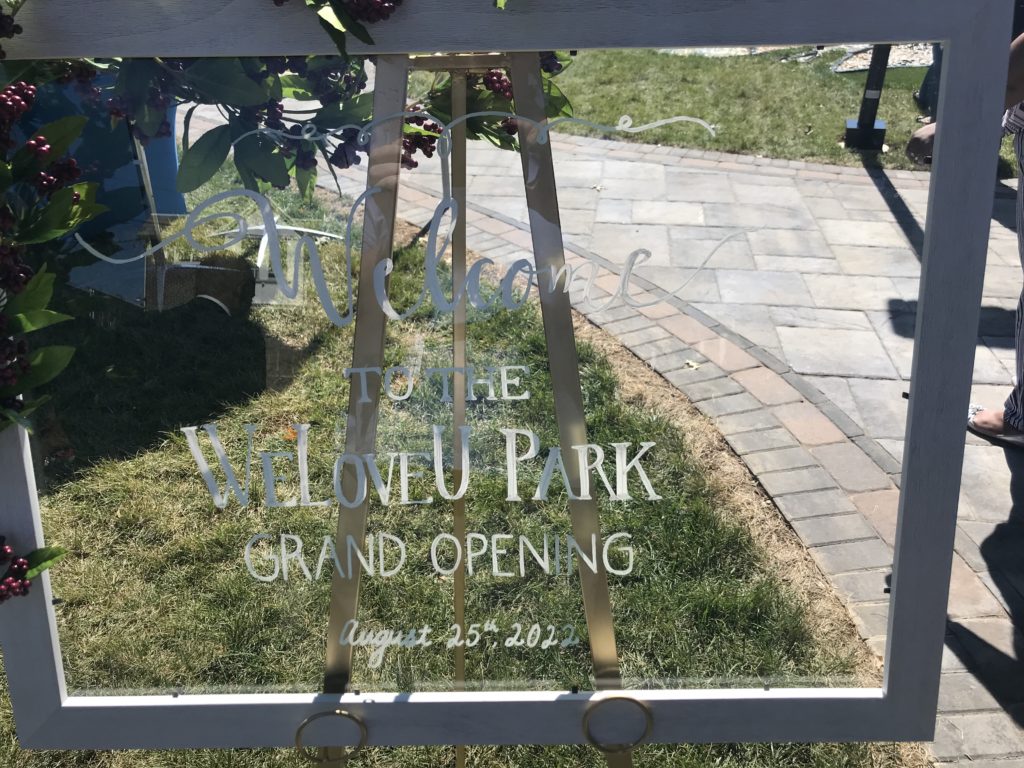 State Rep. Jared Solomon joined WeLoveU Foundation officials for the big event. Since 2017, the foundation has removed thousands of pounds of trash from streets and parks, shoveled snow and beautified recreation centers, in tandem with Solomon.

As for the park, the money came from a state Greenways Grant.

Solomon thanked developer friend Dan Gordon for funding the lighting and WeLoveU for all its work. He said the foundation saw the potential for beauty, opportunity and hope in all the blight, praising the group for its ideas, vision and drive.

“Look at this amazing gem right in the Castor Gardens area,” he said.

Solomon said all vacant lots have the potential to be revitalized in a way that can raise real estate values and discourage crime.

“This is a model for the rest of the city,” he said.

Iven Rodriguez, vice president of WeLoveU, explained that the foundation was formed in 2001 in a then-impoverished South Korea. Rodriguez thanked the fire department’s Engine 71 for filling up the workers’ tanks with water to preserve the greenery during the hot weather.

Chalie Tizol, of Engine 71, said the firefighters were glad to help and that the park has never looked better in his 16 years at the station.

“It’s quite a difference,” he said. “It was an eyesore for a long time. Good job, guys.”

Mark Mroz, the community relations officer in the 2nd Police District, recalled Solomon starting Take Back Your Neighborhood in 2012, and said the new park is like taking back the neighborhood, piece by piece.

Richard Montanez, deputy commissioner of the Department of Streets, said, “We were here all the time picking up trash.”

Now, he calls the park “beautiful” and said he hopes the days of dumping are over. ••