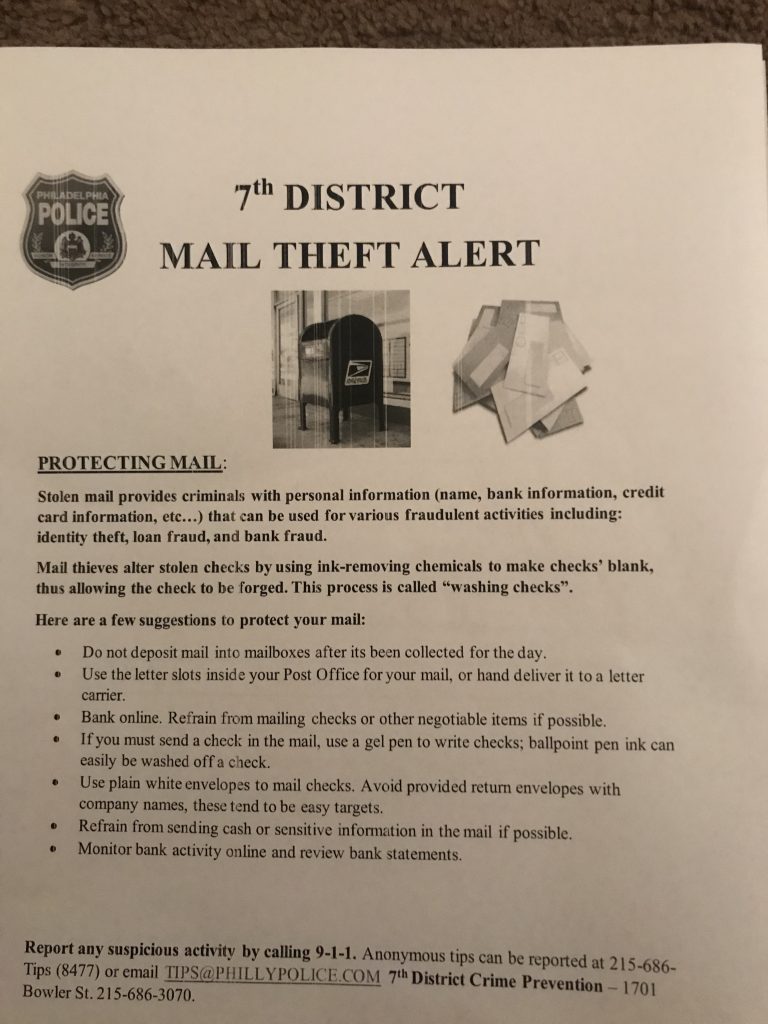 The property is zoned residential, and the new owners bought it in April. They will live upstairs.

The salon will be open from 9:30 a.m. to 7 p.m. and will accept appointments and walk-ins. There will be three chairs for hair and two for nails.

While some neighbors were concerned about the parking, the proposal passed, 23-2.

In other news from the Sept. 14 meeting:

• New Rockledge Police Chief John Gallagher addressed the crowd. He is a St. Cecilia and Cardinal Dougherty graduate who still lives in Fox Chase. He was a captain in the Philadelphia Police Department and former chief in Narberth. Gallagher utilizes foot beats and has officers sign log books at businesses to prevent thefts, residential and commercial burglaries and robberies and to cut down on suspicious activity.

Kimrey mentioned the 2nd’s rejection of a special assembly license for Chuck’s Alibi that would allow the bar to have a band, DJ or karaoke. There was a murder outside the bar in May.

Kimrey discouraged people from keeping even a bag of trash in their car, as someone might smash the window to see what’s inside. He also said, “Carjackings are everywhere in the city.”

Staszak discussed an incident last week at about 3 a.m., when a woman was unloading her car on the 800 block of Arnold St. Someone stole the car, with the woman’s 6-month-old daughter inside. Officers found the car on the 7900 block of Castor Ave., and the baby was safe.

“It’s a shame we can’t put mail in the mailbox anymore,” he said.

Criminals use a line of some kind with a sticky bottom to “fish” mail out of a mailbox. If they find a check, they will “wash” it to change the amount and name of the payee.

Staszak recommends putting mail in the slot inside a post office. In a question about illegal guns, he said Philadelphia needs a district attorney to put criminals in prison.

The 2nd district is co-sponsoring a health fair on Saturday, Oct. 15, from 11 a.m. to 2 p.m., at Roosevelt Mall, outside the former Modell’s. There will be music, food, dental screenings, face painting and more.

• A moment of silence was observed for FCHA member Barb Wentling, who died last week.

• The city Department of Streets, which outlined plans for a roundabout at Pine Road and Shady Lane in July, has put the plan on hold after opposition from the FCHA.

• Among those in attendance was Republican congressional candidate Aaron Bashir, who is challenging Rep. Brendan Boyle.