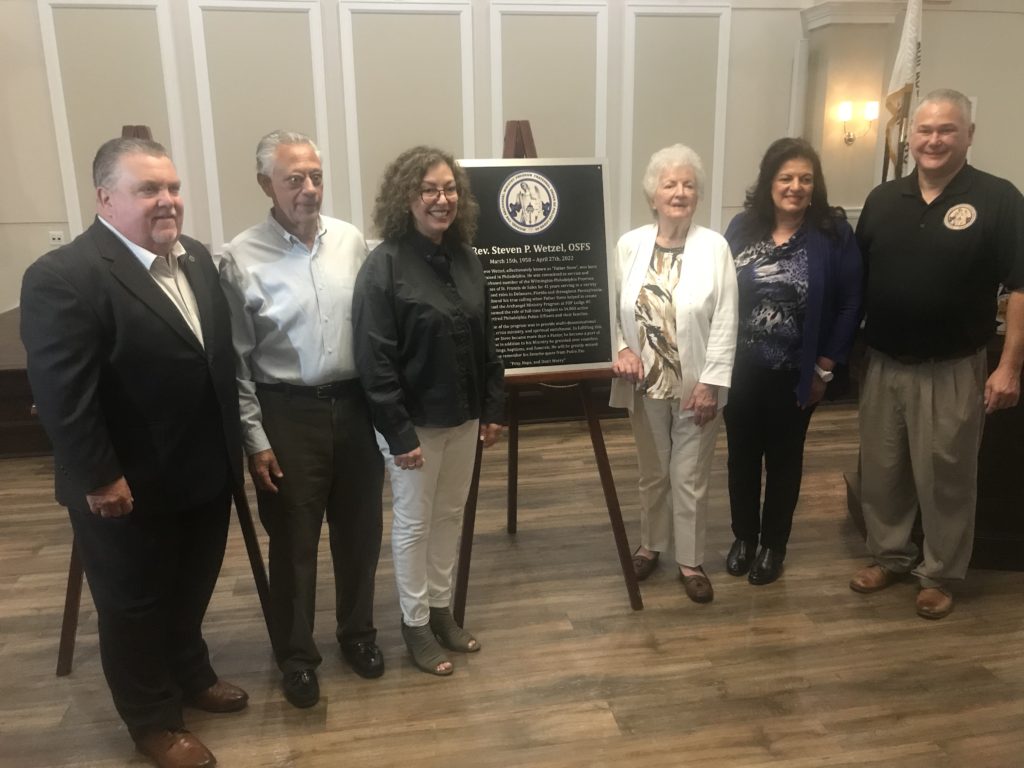 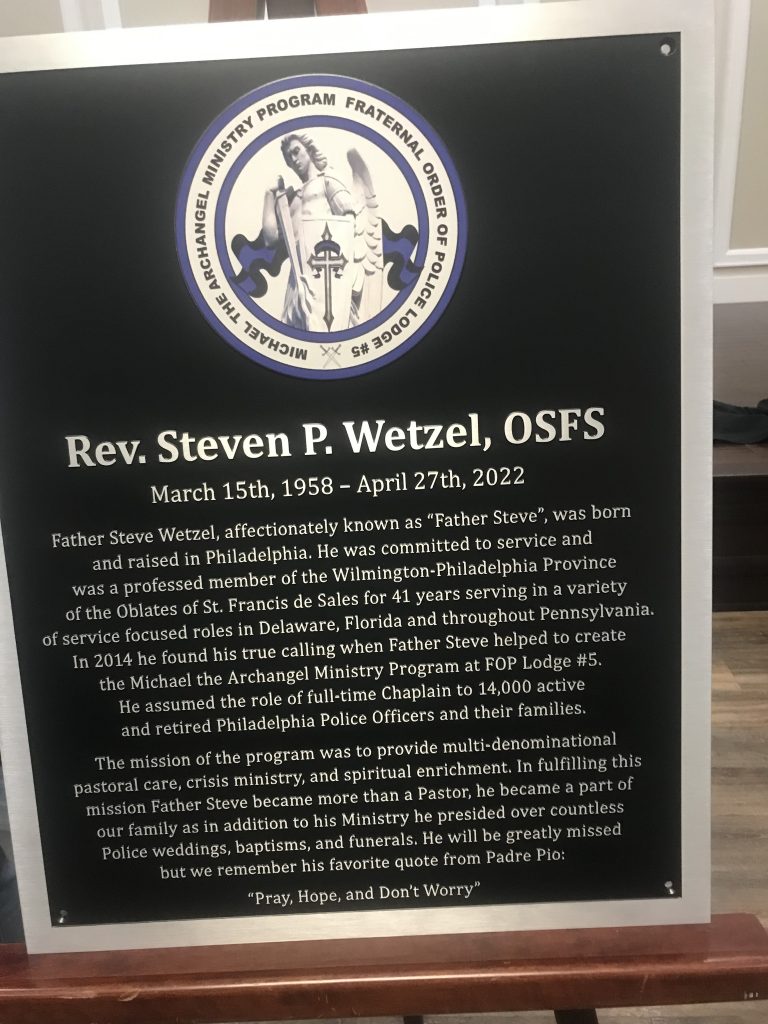 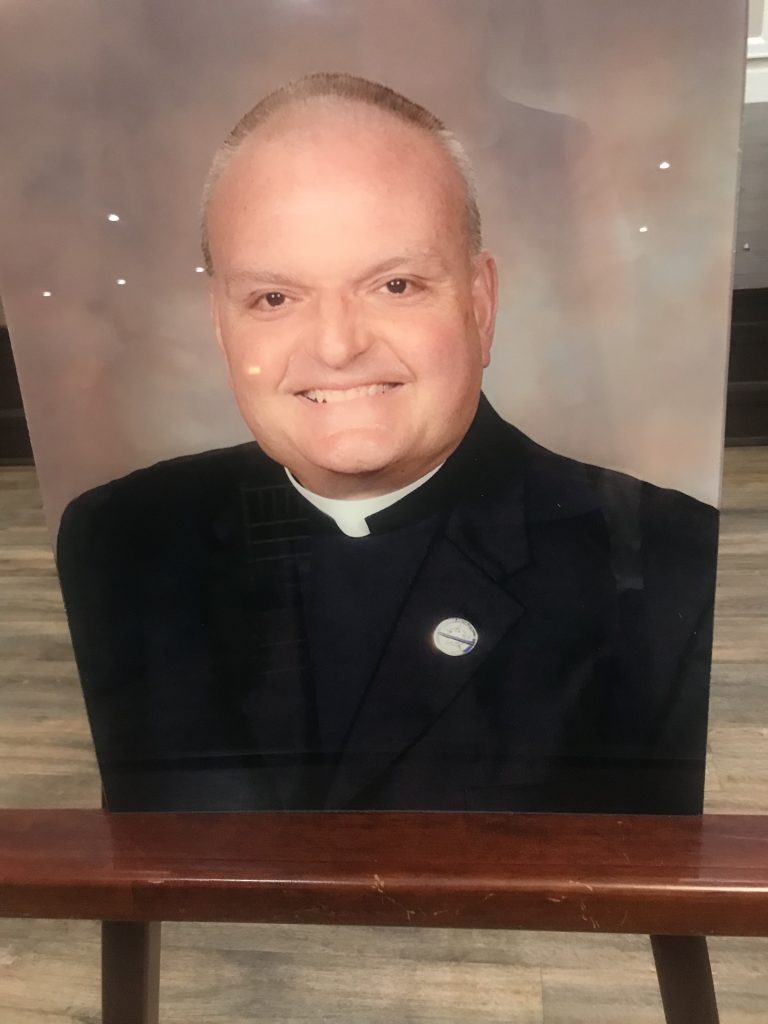 Fraternal Order of Police Lodge 5 last week unveiled a plaque in memory of its chaplain, the Rev. Steve Wetzel. Wetzel died in April following complications from a stroke. He was 64 and had served Lodge 5’s 14,000 active and retired members and their families, presiding over weddings, baptisms and funerals.

Wetzel, who belonged to the Oblates of St. Francis de Sales, founded the multi-denominational Michael the Archangel Ministry Program in 2014 and was instrumental in launching the Good Night Lights event that brought smiles to the faces of sick children and their families at Shriners Hospital for Children. He also helped serve the residents and community at St. Francis Inn in Kensington.

Following the plaque dedication, the FOP hosted a Cigar Night, Wetzel’s favorite fundraiser of the year, with all proceeds benefiting the Michael the Archangel Ministry Program.

John McNesby, FOP president, said his membership misses Wetzel. He said Wetzel touched a lot of people, including veterans, the homeless and the addicted. He introduced the new chaplain, the Rev. Jim MacNew.

MacNew, also an Oblate, was a good friend of Wetzel and said, “He’s still going on patrol with our officers from heaven.”

The FOP presented flowers to Wetzel’s mom, Caroline, who was celebrating her birthday on Sept. 22.

Deborah Wetzel thanked McNesby for assigning officers to be at the hospital after her brother was stricken and for organizing the plaque dedication ceremony.