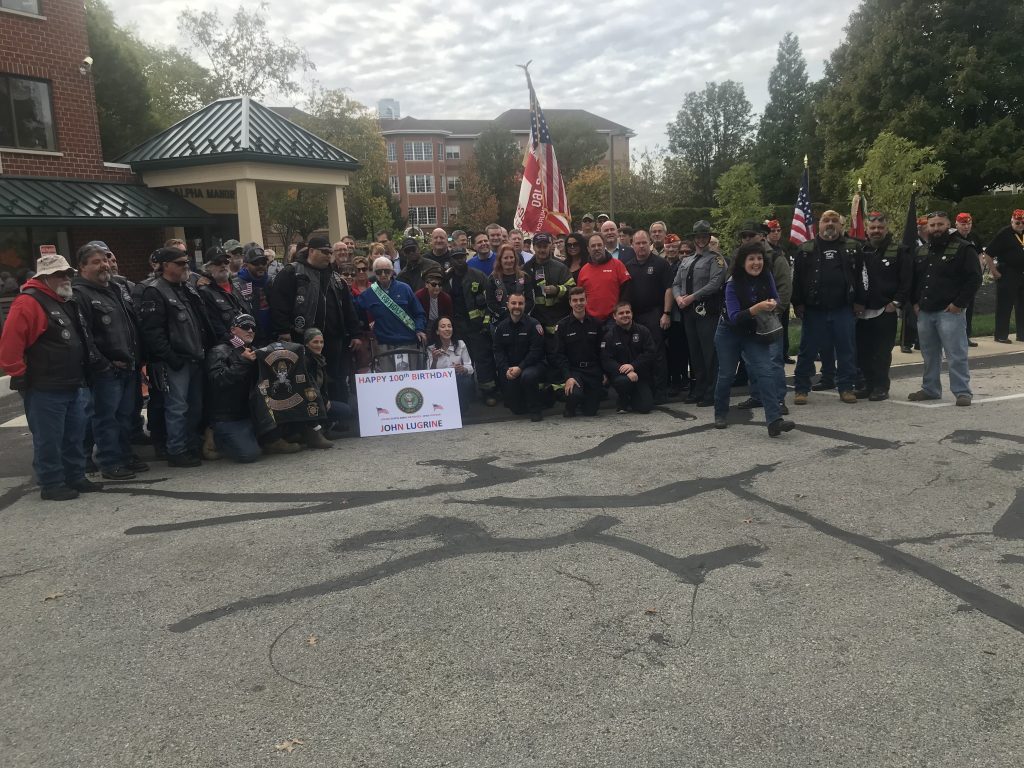 World War II veteran John Lugrine was the center of attention on Sunday afternoon, as numerous individuals and groups gathered outside the Philadelphia Protestant Home to celebrate his 100th birthday.

Protestant Home resident Mary Thomas led the crowd in a singing of the national anthem.

Municipal Court President Judge Pat Dugan, a veteran, presented Lugrine with a Veterans Court coin. State Rep. Jared Solomon and the office of City Councilman David Oh presented him with citations, and Solomon led the crowd in the singing of Happy Birthday.

Lugrine was born in Wilkes-Barre before moving to Philadelphia. He grew up near 3rd Street and Girard Avenue, attending St. Peter Grammar School, though he spent much of his youth working to help his family.

In January 1942, a month after the Japanese attack on Pearl Harbor, he enlisted in the Army and later transferred to the Air Corps, developing a reputation as an excellent gunner.

Later, he and his wife Anna raised seven children. He worked for the city Department of Finance. Today, he resides in a PPH independent living apartment. ••