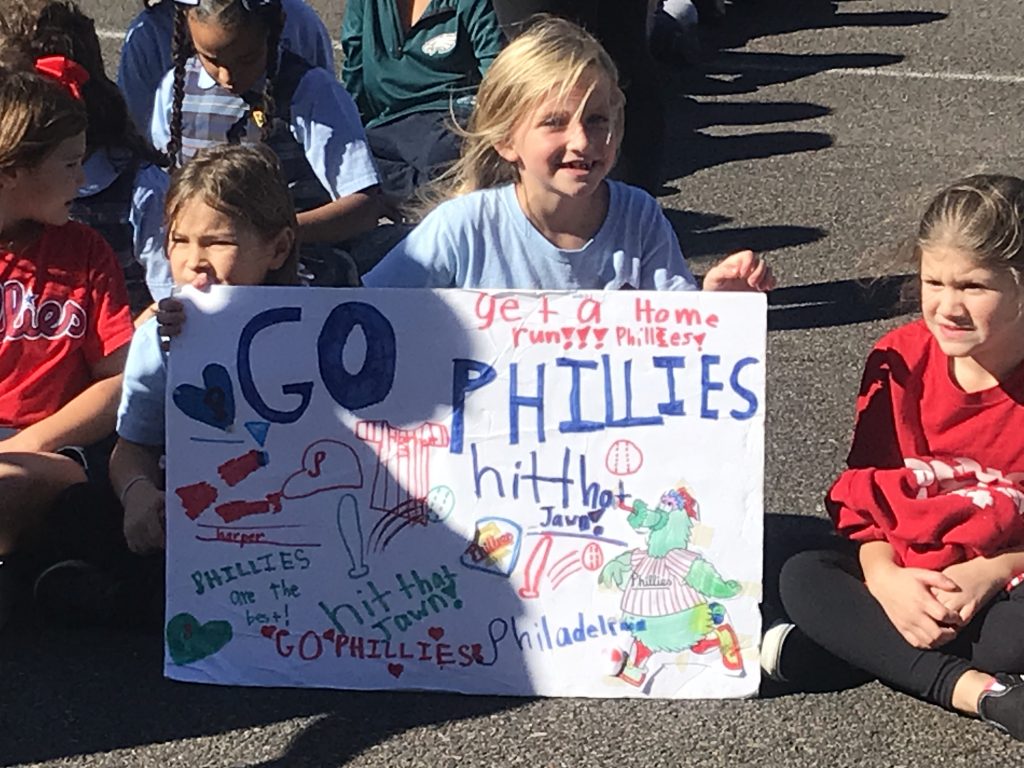 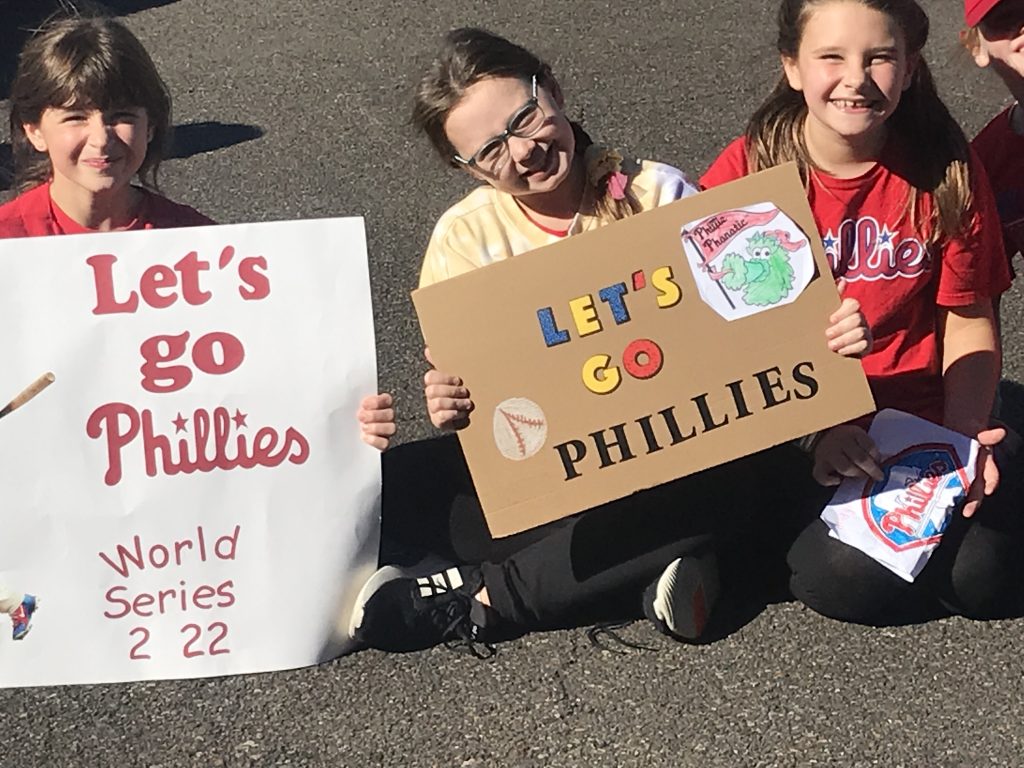 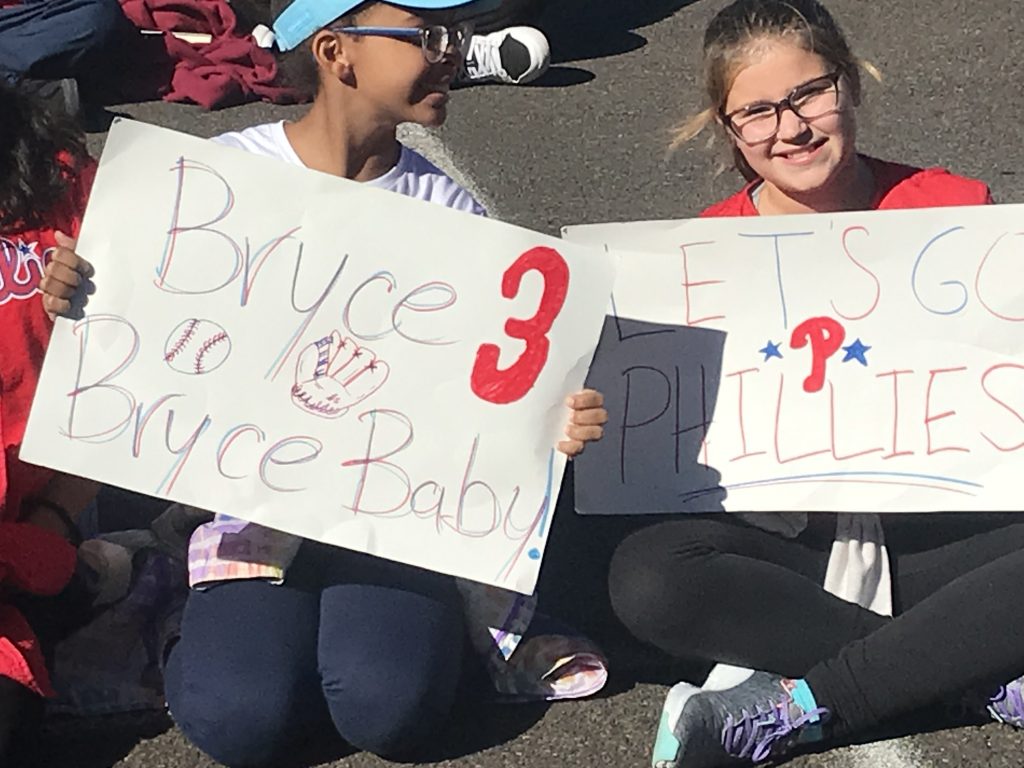 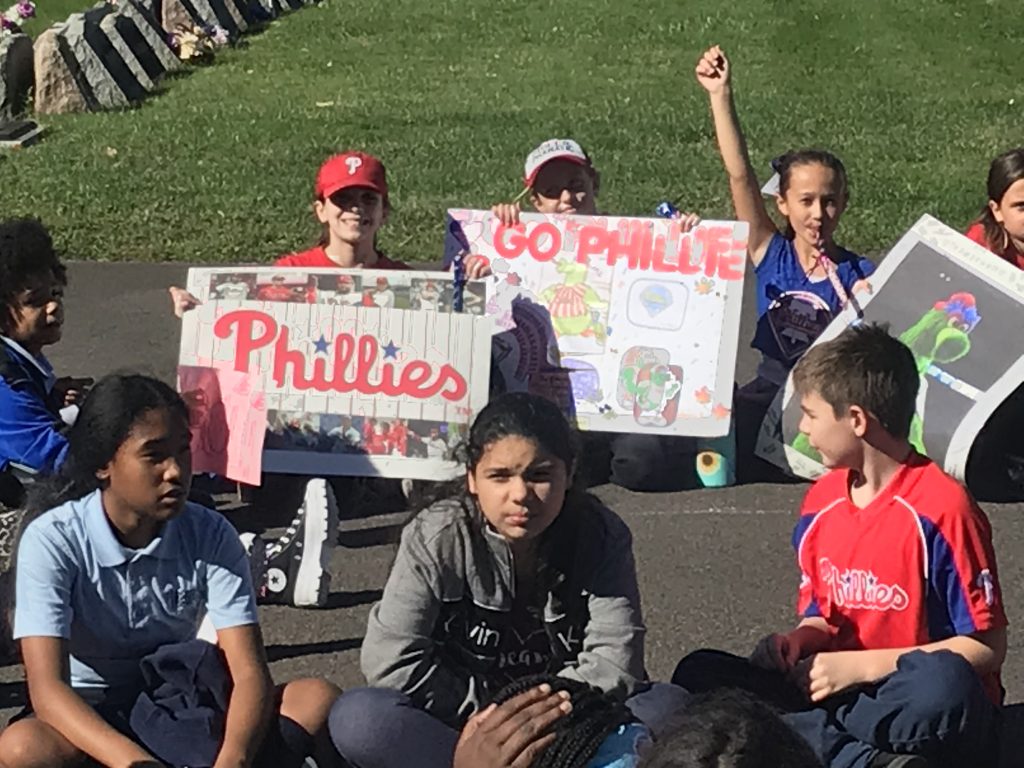 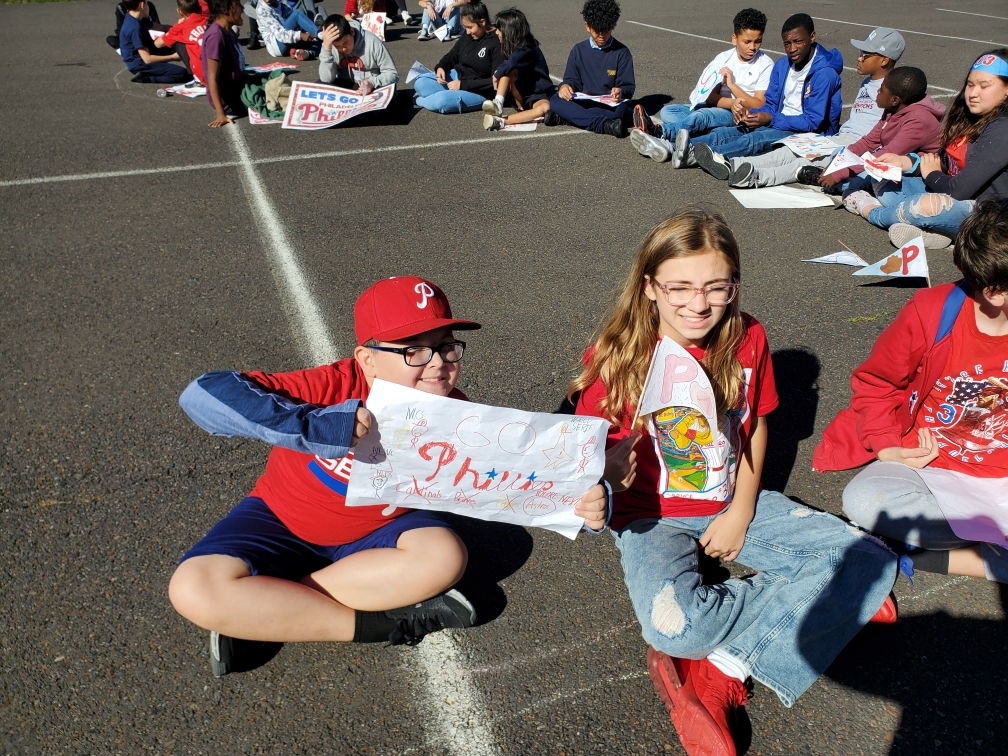 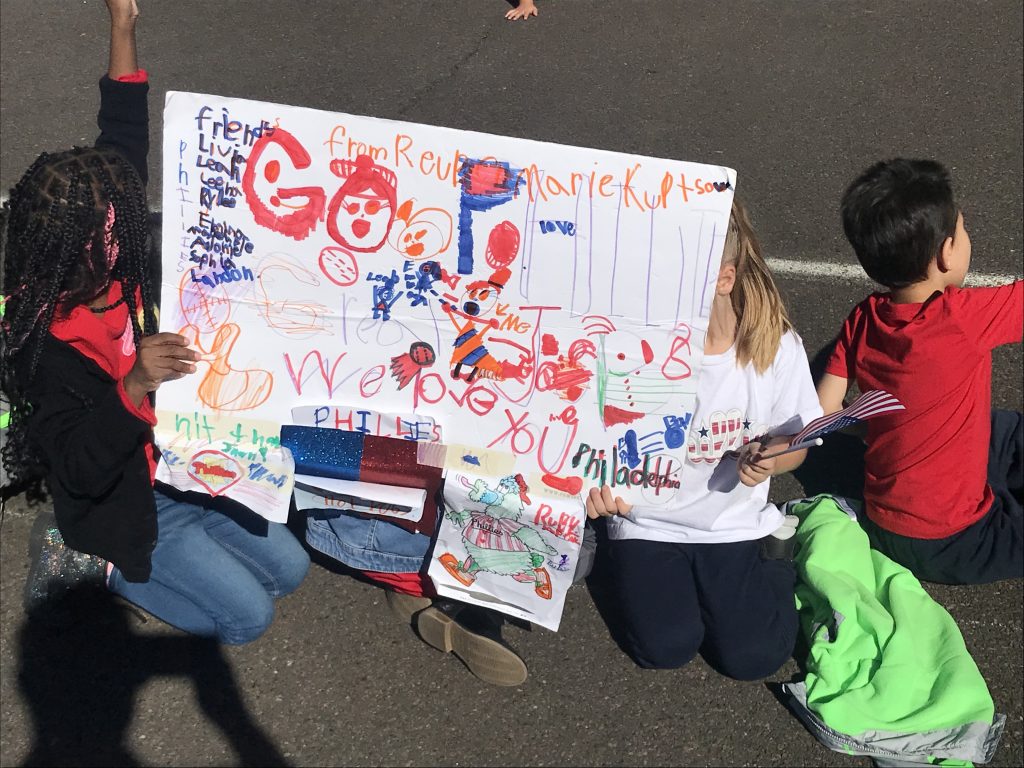 St. Dominic School, 8510 Frankford Ave. in Holmesburg, held a Phillies parade and pep rally on Thursday afternoon. Students and staff walked down Frankford Avenue to the back of the school lot, where students were seated to form the word PHILLIES.

The event also featured the Star-Spangled Banner, a “Let’s go Phillies” chant, Take Me Out to the Ball Game, trivia and prizes and a wiffle ball game. Students danced as the DJ – teacher Paul Coates Jr. – played the Phillies anthem, Dancing on My Own.

For the students to participate in the parade, pep rally and dress-down day, they were asked to bring in a jar of peanut butter and jelly or a canned good for the needy.

The Phillies are playing  the Houston Astros in the World Series. All games are 8:03 p.m. on Fox. ••