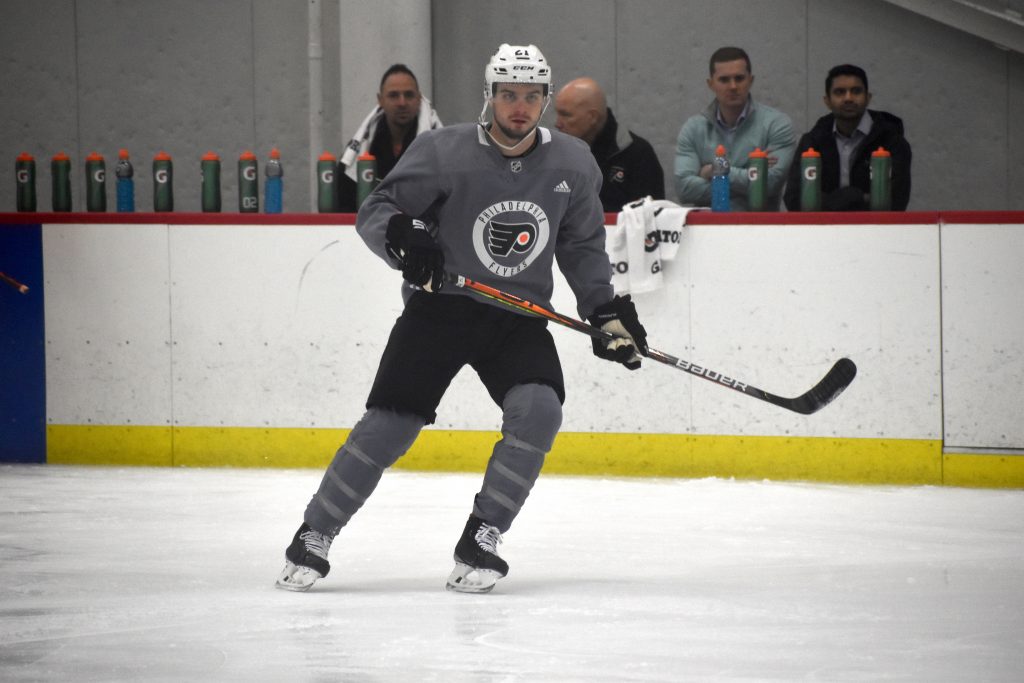 With the way this season has gone so far, if you are a fan of the Philadelphia Flyers, you have a question to ask yourself – Does the end result matter, or do you just prefer the enjoyable ride?

If the 2022 Philadelphia Phillies taught us one thing during their magical ride to the World Series, it was to be happy that there was exciting baseball here in October and November. The Phils were an 87-win group that was the last of 12 teams to qualify for the postseason, before taking the world by storm and pushing the talented Houston Astros to Game 6 of the Fall Classic before finally bailing out.

The Phillies had flaws that became evident the brighter the lights shined during their impressive run. Perhaps the heartbreak was inevitable, but wasn’t the whole thing kinda fun?

Most will agree. More stubborn critics will say the Phillies never had a chance and what was the whole point of all this just to be disappointed in the end?

The Flyers are going to disappoint us, too. It’s also inevitable. You know it if you follow hockey analytics, and you know it if you can spot talent with the good old-fashioned eye test, and you certainly know what’s to come if you are a Philadelphia sports fan.

The Flyers, through their first 11 games, punched well beyond their weight with a 6-3-2 record, which is mostly due to their goaltender Carter Hart having nothing short of a phenomenal start to his season.

Can Hart keep it up? Probably not, although there’s no mistaking that he has taken a leap in terms of his play. But the Flyers probably won’t keep it up, either. They lack a superstar and they’ve been fortunate to grind out wins in a way that grinds a team down over an 82-game season. They have a chance to add to their early-season success with games against the struggling St. Louis Blues, Columbus Blue Jackets and Ottawa Senators over the next week. But sooner or later, the Flyers’ lack of offensive talent is going to show and the ugly losses will pummel us like those Dr. Oz-John Fetterman political ads did all throughout the World Series.

In years past, fans had a right to be angry as a talented core repeatedly underperformed and missed the playoffs more times than they made it. Now, you have a group of overachievers who might not be collectively good enough, but are doing their darnedest to prove the doubters wrong. There’s something that can be said for that and it’s called entertaining hockey. The Flyers are giving it to us, at least through the first 11 games of the season. If anything, they are taking baby steps toward building a more positive culture that is demanding its players to try harder.

So far, the Flyers are doing that. It’ll probably all blow up in the end like it did for the Philadelphia Union in a disastrous end to the MLS Cup, or like it did when the magic ran out for the 87-win underdog Phillies in Game 6 of the World Series.

But right now, watch the games and root for the team in orange. Maybe you’ll get to witness a special night. This fall has been full of them.