The Catholic League is all about tradition.

And it’s one that Owen Stock and his family love.

Stock is a junior defender on the Archbishop Ryan High School soccer team. His dad Joe is an assistant coach under Ryan Haney. He also attended North Catholic, graduated in 1993  and won a Catholic League championship as a player during his sophomore year.

And last month, Owen followed in his dad’s footsteps once again when the Raiders won their first Catholic League soccer championship in 19 years.

“I’m not sure there were anyone who wasn’t in our locker room, a mother, a father, a brother or sister of someone on our team who thought we were going to win the championship,” Joe said. “But that’s the Catholic League. The Catholic League is the best tradition out there. It was a great game, our guys love Father Judge, but we were confident.

“And when it went to (penalty kicks), we had Joey Phillips. I knew we were going to win.”

Phillips, the Raiders’ all-star goalie, scored the last goal for Ryan during PK’s, and then stopped a shot to bring home the championship.

That wasn’t the end of the road for the Raiders, but it certainly was the biggest game of the year.

Ryan went on to win the District 12 Class 3A championship, besting Furness, but the run went only one game further. The Raiders were defeated by Phoenixville in the first round of the state playoffs in penalty kicks.

It wasn’t where Owen Stock and his teammates wanted to see the season end, but after thinking about what they accomplished this year, he can’t be disappointed.

“They taught me a lot. The biggest thing I think I learned from them is that high school, those four years go very fast, so you have to enjoy it.”

Especially when you’re doing it with your dad.

“He came in my freshman year, and he coached me when I was little when I played in Fishtown,” the junior defender said. “It’s great, he was always really hard on me, but it makes me better in the end. It means a lot. He’s a big part of our team. It means a lot to have him here.”

It means a lot to dad, too.

Joe Stock, who says he got the coaching bug, and much of his philosophy from Jerry Brindisi, who coached him at North, has two roles on the team. He’s a parent first, and wants what’s best for his son, but he’s also a coach who has extremely high expectations for his players.

And when his players, and son, win, there’s nothing like it. Not even winning a championship as a player.

“I’ve contemplated, I thought about it, and no, it’s better to see your kids do it, it’s better to see them win,” said Joe Stock, who along with his son credits wife Kelly with being the ultimate and supportive soccer mom. “And to be there coaching while it’s going on, there’s no words to describe it. It was just so great to see him win a championship. To see all our guys win. It’s amazing how this league lives on, it’s about traditions, and winning a championship is part of that.”

Anytime you can end the year by hanging a banner, it’s a great season. But this year was special for so many other reasons, and according to the assistant coach, it goes far beyond the men on the team.

“It means so much to carry on the tradition of George Todt and win a championship for his school,” said Joe Stock, who played against Todt, the winningest coach in Pennsylvania soccer history. “It’s exciting to know we are following in the footsteps of George Todt. I’ve gone against him and know the aura and respect he commanded. I was an admirer even when he was an opponent.

“But the entire school really gets behind us. Our athletic director (Joe Zeglinski) does everything to support us. He was a big part of this. The entire Ryan community was a part of this. This is what makes the Catholic League so special.”

It’s also what makes the Raiders so special.

According to Owen Stock, much of the reason the Raiders won was because of the belief they had in each other.

It wasn’t easy. Ryan had to beat Roman Catholic, La Salle and Judge in the playoffs to win the championship. That’s a murderers row of opponents, the best the area has to offer, and that made it that much more special.

“We didn’t have the best regular season, we played well, but we weren’t where we thought we’d be,” Owen Stock said. “Then Coach asked, ‘Why not us?’ We really believed we could win. Then when you go through the teams we did, it feels good.

“Coach always talks about family. We say that in our huddle. So it was very special to have my dad be a part of this. He was a big part of it.”

And both Stocks will be back next year. And from here on out, they have a repeat on their minds.

“I’m happy I get to come back and try to win another one,” Owen said. “We have a good team next year. This year we were the first fifth seed to ever win a Catholic League championship. Anything is possible.” 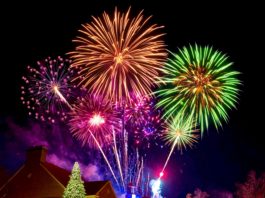 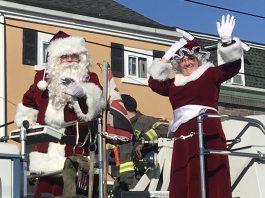