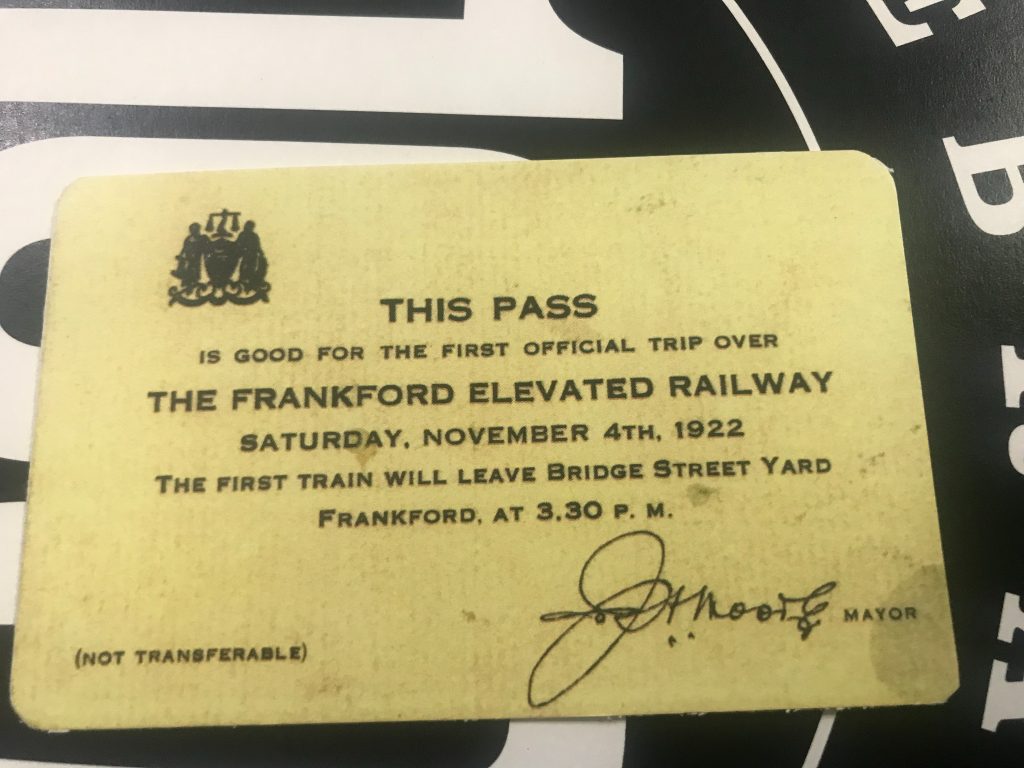 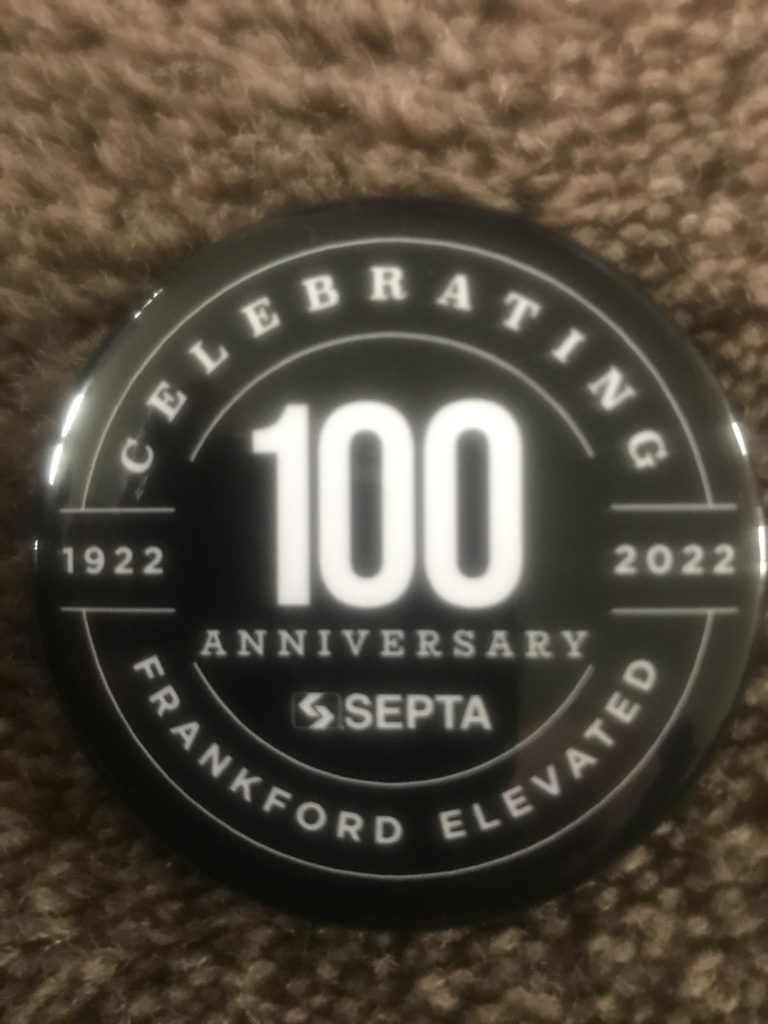 SEPTA last week celebrated the 100th anniversary of the Frankford section of the El with a ceremony at Frankford Transportation Center, 5233 Frankford Ave.

The El opened in 1907, with trains running 6 miles between 69th and Market streets in Upper Darby and City Hall.

To mark the anniversary, Quaker City String Band performed, and there were remarks by Harry Garforth, a historian and former SEPTA manager of rail planning.

Tartaglione gave Richards a Senate citation, and suggested that SEPTA consider extending the El to Rhawn Street, as had been originally planned.

Hohenstein led the crowd in a rendition of Can’t Get to Heaven on the Frankford El.

Richards, wearing a 100th anniversary T-shirt, recalled that El rides cost 7 cents in 1922. Today, she said the El remains convenient and affordable, calling it the “workhorse” of SEPTA’s system.

“She looks pretty good for a hundred,” Richards said.

At the same time, Richards recognized challenges. She pointed to SCOPE, an acronym for a SEPTA initiative that stands for Safety, Cleaning, Ownership, Partnership and Engagement. It’s a coordinated effort to connect “vulnerable” individuals with social services and provide a safe, clean transit system for riders and employees. ••