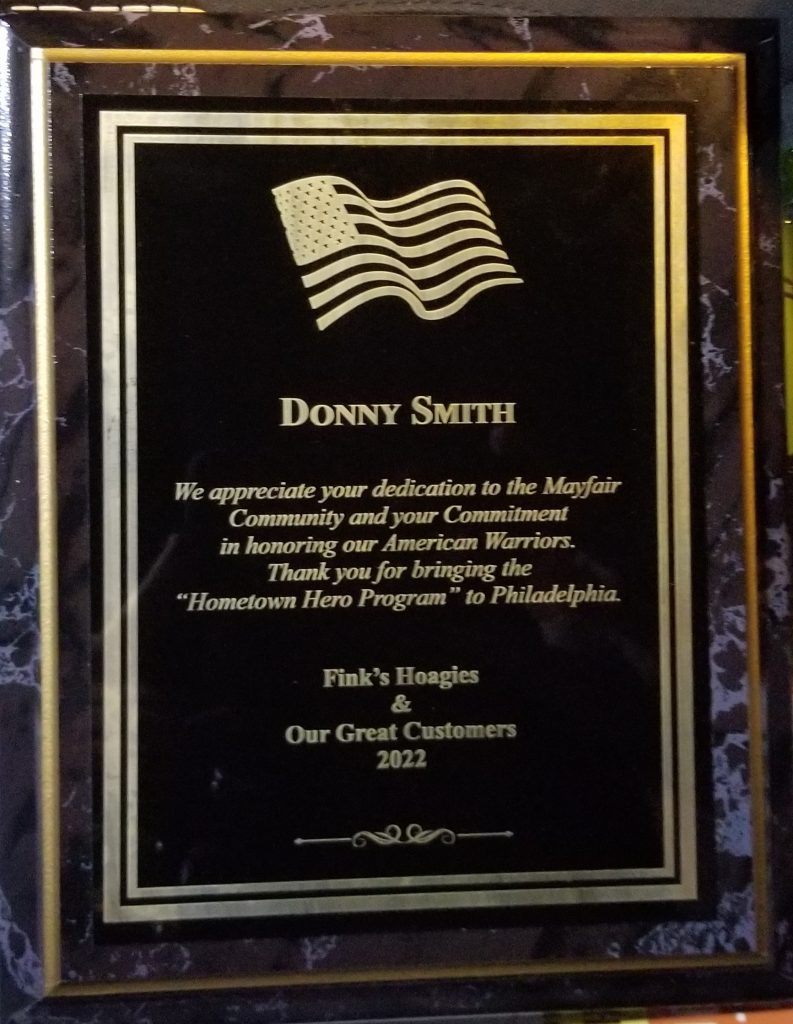 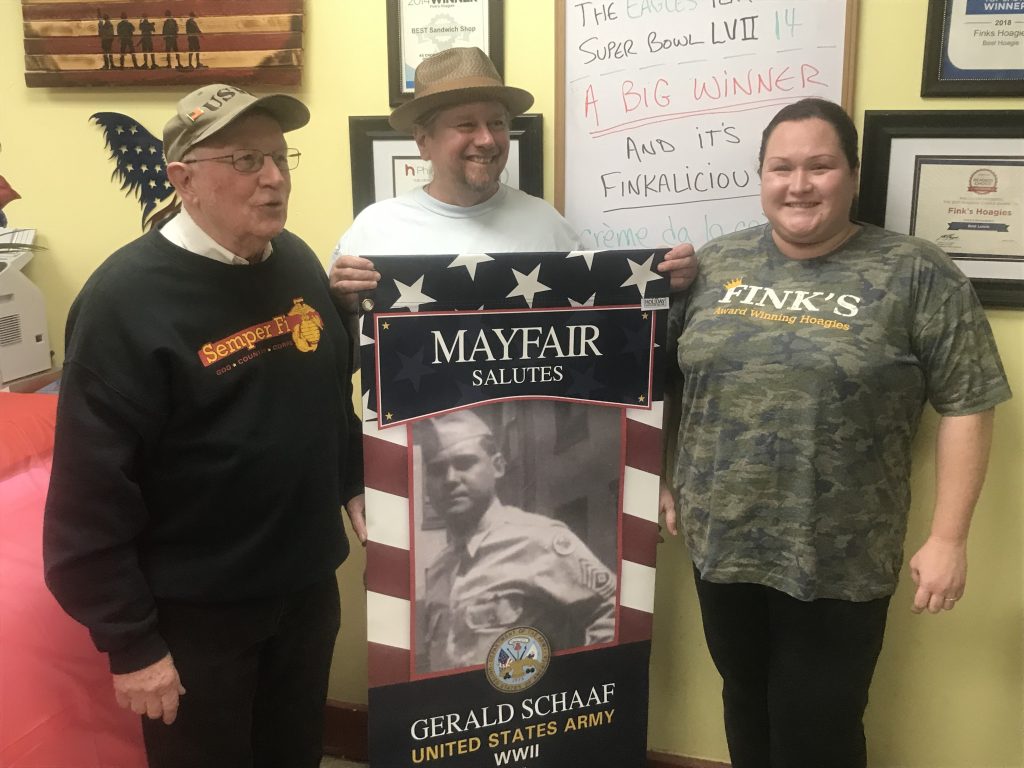 Hoagie shop owner Dennis Fink, a U.S. Marine Corps veteran of the Vietnam War, was humbled when a banner honoring him was hung in Mayfair.

Friends of Fink, who was one of the founders of the Philadelphia Veterans Memorial at Penn’s Landing and its initial president from 1984-87, surprised him with the honor.

“I’ve got to pay it forward,” Fink said.

Fink owns Fink’s Hoagies, 4633 Princeton Ave., in Tacony. He decided to raise money to buy banners for other local veterans. Thanks to donations by customers into a jar on the counter and three raffle baskets, enough money was raised to buy nine banners at $225 apiece.

Fink, who served in 1967-68, invited the Mayfair Community Development Corporation’s Pat Callahan and Mayfair Business Improvement District’s Donny Smith to his shop for last week’s presentation. The CDC and BID hung the first batch of Mayfair Salutes banners by July 4.

The cost includes the banner, hardware and installation. When the banners fade, in three years or so, they can be replaced at a lower cost.

The banners, on utility poles, include the veteran’s name, picture and branch of service and are complemented by American flags installed by Smith and the Mayfair Civic Association.

Fink invited the veterans and their families to enjoy hot food and see their banners for the first time.

Christian, a decorated Vietnam War veteran, noted that Fink’s event took place on Nov. 10, the birthday of the Marines. He led the crowd in singing The Marines’ Hymn.

Fink presented Callahan and Smith with plaques for their efforts.