A big helping hand for Caring for Friends 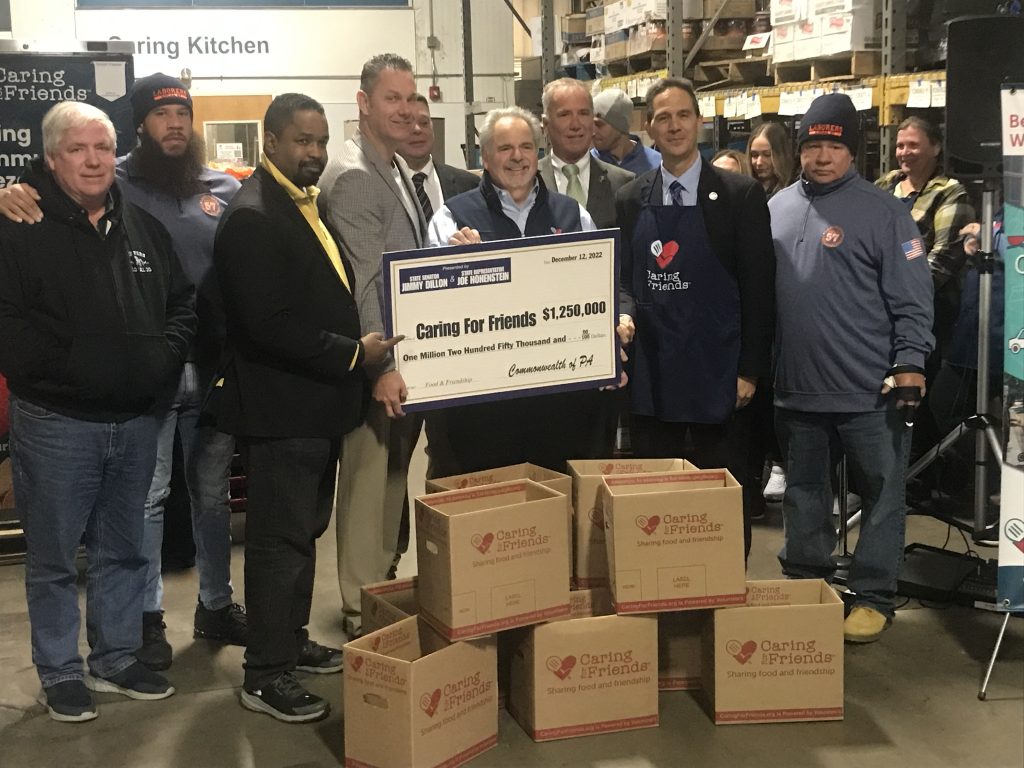 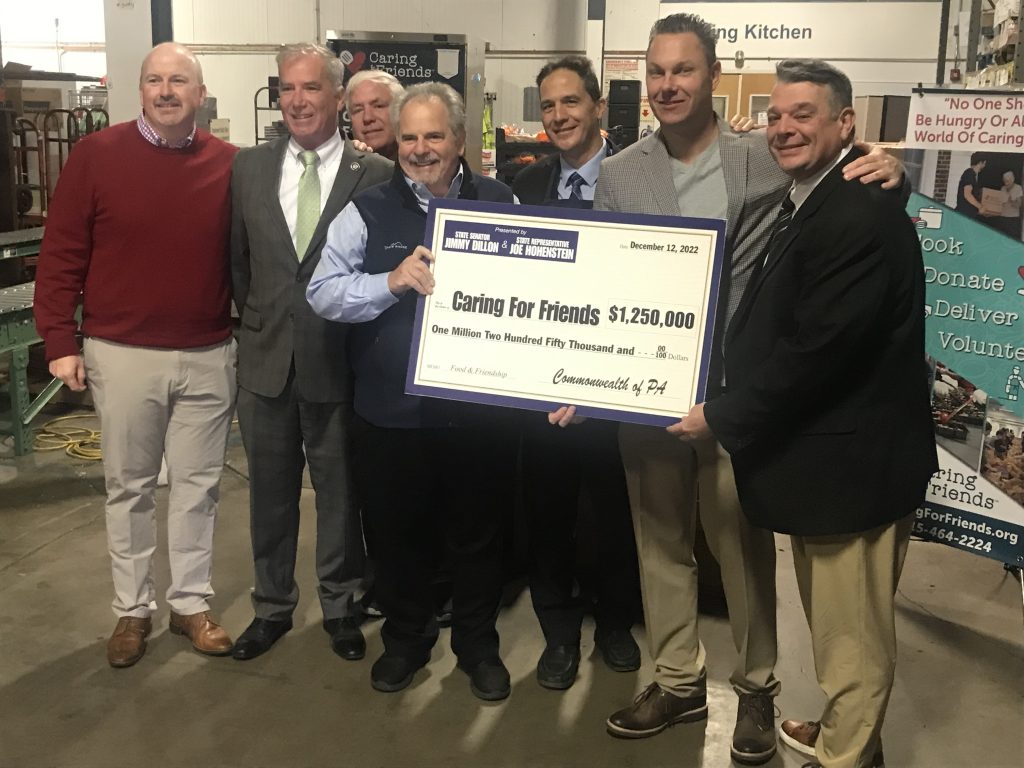 State Sen. Jimmy Dillon, state Reps. Matt Bradford and Joe Hohenstein and others were at Caring for Friends, 12271 Townsend Road, on Monday to present $1.25 million to the agency.

The money will go toward a proposed 15,000-square-foot cold storage facility. The total cost will be $4.5 million, and Caring for Friends will embark on a capital campaign next year to raise the rest of the money.

CEO Vince Schiavone said the nonprofit continues to offer the same “food and friendship” it did when his mom, Rita, founded Aid for Friends in 1974.

“Nobody should be alone or hungry in a world of caring people,” he said.

Others in attendance were City Councilman Mike Driscoll, state Sen. Sharif Street, state Rep. Ed Neilson and state Rep.-elect Pat Gallagher. Neilson asked the public to go to the Caring for Friends website to make a donation to help the capital campaign.

Schiavone explained that Caring for Friends feeds the homebound, gives to food cupboards and – with the help of Laborers Local 57 – delivers to the homeless on the streets and in shelters.

Dillon praised Caring for Friends’ kindness and generosity toward the homeless, senior citizens and the poor. Schiavone and Hohenstein approached him about supporting the grant.

“It was an easy ask,” Dillon said.

Hohenstein’s family has been volunteering with Caring for Friends for more than 45 years.

“The need for food is all around us,” he said.

Bradford, of Montgomery County, was on hand as the top Democrat on the House Appropriations Committee. He recalled, during the pandemic, “this place was rocking.”

To make a donation, go to CaringforFriends.org.