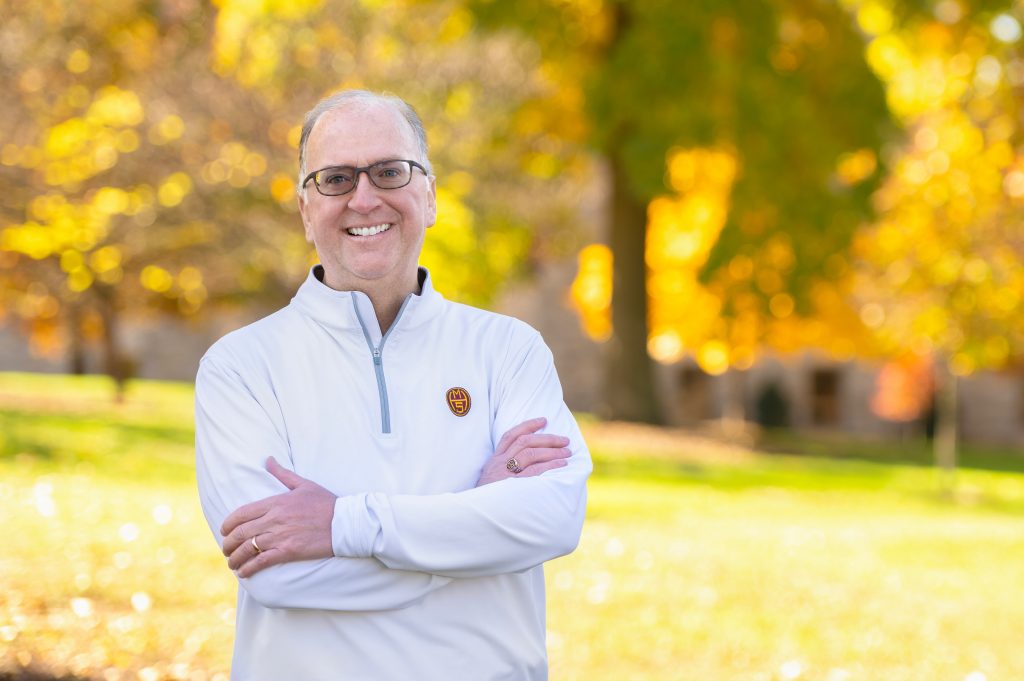 After unexpectedly losing her husband to a heart attack at 39, Gertrude Gurt was left with a near impossible task. How could she provide care to her eight children in a single-income household? Through a referral from a friend, Gertrude made the incredibly difficult choice to send her youngest, Pete, and his brothers from their Morrell Park home to Milton Hershey School. It was, without doubt, the right thing to do for their family.

“It was a very difficult decision for my mother to not have us in her care every day,” Pete Gurt said. “I admire her resiliency and courage to do it.”

Through that sacrifice, Pete and his brothers felt an obligation to do their very best in honor of their mother. So, that’s what they did.

For Pete, he would later attend Temple University and would receive his bachelor’s in business administration. He continued his education at Pennsylvania State University (Harrisburg) where he earned a master’s in education. Since 2014, Gurt has served as president of MHS, a school that has given him and his family so much.

“I’ve been reminded by every teacher or house parent that I’ve had from the school that at a very young age, I talked about returning,” Gurt said. “At Temple, I had two strong, competing career aspirations. One was in education and serving children who, through no fault of their own, needed assistance. The other was a passion for law enforcement. A year after graduating from Temple, the president of (Milton Hershey School) called and asked if I would come back and work at the school. It took me about 10 seconds to decide and another three hours to pack everything I had. I’ve been here ever since.”

Milton Hershey School has seen many changes since Gurt received that call to go back to his second home in 1990.

For example, since 2018, a major project of focus at the Hershey school has been the renovation of 52-year-old Founders Hall – home to one of the largest domes in Pennsylvania and a historic building on the 113-year-old campus. Now complete, this distinguished building stands as a tribute to MHS founders Milton and Catherine Hershey, who loved children but were unable to have their own, so they used their wealth to create the school for children in need.

“This is one of the more beautiful and unique buildings in the state, if not the country,” Gurt said. “It’s been open and operational since September of 1970; it serves as the administrators’ office for the school and serves as the visitors center for people that come to the Hershey area and want to learn more about the school. It’s also the cafeteria for our high school students and, finally, we have this beautiful auditorium for our chapel services, assemblies as well as special performances by our students. So, it’s not only beautiful, but it serves a critical function for the school.”

The project was truly born out of a labor of love, as the renovations have been discussed for over a decade. Trying to strike up the right balance between keeping the buildings’ original elegance and a more modern style was at the forefront for Gurt.

“I think the Milton Hershey School staff did an extraordinary job of meeting all of those expectations,” Gurt said. “The building has a beautiful dining room that features a lot of our past, our tradition but also aspirational for our students. We have stories throughout the entire building in a way to not only educate our students and staff on the rich history of the school, but also create an environment for our students that they are blessed everyday inside such a beautiful facility that they deserve.”

For more information on this historical renovation, check out this video: https://www.youtube.com/watch?v=xfQ3PFVqQ-A&t=21s. ••