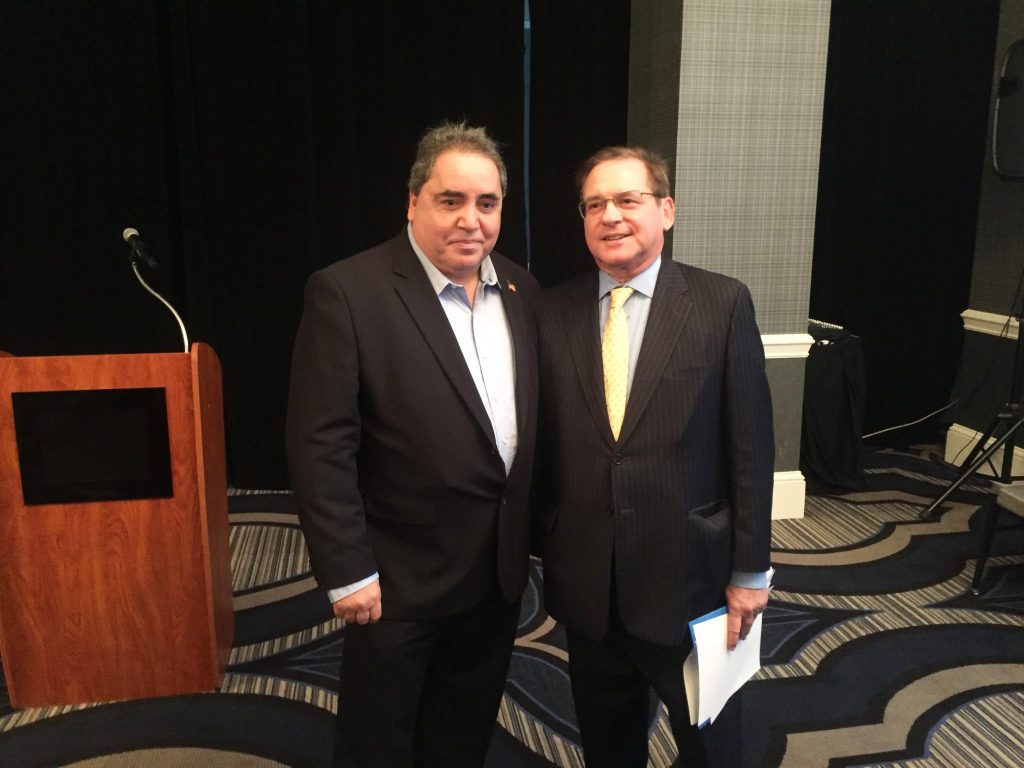 “People are being put out of business because of the soda tax,” he said.

Butkovitz represented the 174th Legislative District from 1991 to 2005, when he was elected controller. He served three terms, but was defeated by Rebecca Rhynhart in last year’s low-turnout primary.

“The city cannot thrive without good schools,” he said.

If elected, he will ask the state for more funding for schools, including for pre-kindergarten programs that are largely funded by the beverage tax.

“When I was in the legislature, I voted for pre-K all the time,” he said.

As controller, Butkovitz said he was able to identify problems and offer solutions, but didn’t have the power to implement them. As mayor, he’ll have that power.

As an opponent of the beverage tax, Butkovitz could benefit if the retail and beverage industries come together to make an independent expenditure in the race.

The challenger expects most elected officials to stick with the incumbent, but thinks he can win if he gets out his message.

“The voters are going to make up their own mind,” he said.

Butkovitz is the latest among many controllers to seek the mayor’s office. Alexander Hemphill, Bill Klenk, Tom Leonard and Tom Gola, all former controllers, lost mayoral bids. Jonathan Saidel announced his candidacy for the 2007 race, but dropped out days later with the entry of Democratic Party boss Bob Brady.

Last Thursday afternoon’s snow did not stop a foreign delegation organized by Citizens Diplomacy International Philadelphia from making it to the Devon Theater for a session with local Republicans.

The event was coordinated by Marc Collazzo, executive director of the Mayfair Business Improvement District, and Siobhan Lyons, an Ireland native who is president and CEO of the local CDI chapter.

Collazzo is a former 58th Ward Republican leader and aide to City Councilman Frank Rizzo and state Rep. John Taylor who ran for the 170th Legislative District seat in 2010.

He was joined by Mike Meehan, chairman of the Republican City Committee; Bryan Leib, the GOP candidate in the 3rd Congressional District race this year; and City Councilmen David Oh and Al Taubenberger.

Meehan told the international delegation he isn’t sure the United States can handle caravans of people coming to the country. He had a message for people looking to enter the U.S.

Meehan said Republicans seek to give people a hand up, not a handout.

Leib said he is a Republican because he supports free trade, low taxes and less government.

“The American dream is not through food stamps,” he said.

The delegation had questions about Republican diversity, noting that the panel consisted of five men, though CDI organizers noted that state Rep. Martina White was scheduled to attend before it snowed.

In response to a question from a man from Finland, Taubenberger – who offered  a greeting in German – noted that Republican Dr. Ethel Allen became the first black woman to serve on Council when she won the 5th Councilmanic District race in 1971.

A white woman from South Africa, pointing to high minority birth rates, wanted to know what the GOP is going to do to win elections once white people are a minority.

Collazzo said the last two Republican nominees for mayor (Karen Brown and Melissa Murray Bailey) have been women and that Beth Grossman was the party’s candidate for district attorney last year.

Leib explained that the panel included two Jews, a Korean-American and the son of German immigrants. He also told the delegation that city GOP congressional candidates this year included Latino David Torres and Korean-American Pearl Kim.

“That ends that conversation about a lack of diversity,” he said.

“The Republican Party is reaching out to all ethnic groups,” Taubenberger said.

Nobody representing any district in the Northeast is in a leadership position.

Republican Sen. Guy Reschenthaler was elected to Congress, and a special election will be held to fill his seat.

Democrats gained 11 seats in the House, but are still at a 110-93 disadvantage.

When the House begins its new session on Jan. 1, Democrats will be down to 91 seats following the death of Lackawanna County Rep. Sid Michaels Kavulich and the bribery conviction of West Philadelphia Rep. Vanessa Lowery Brown.

Tom Waring can be reached at twaring@bsmphilly.com