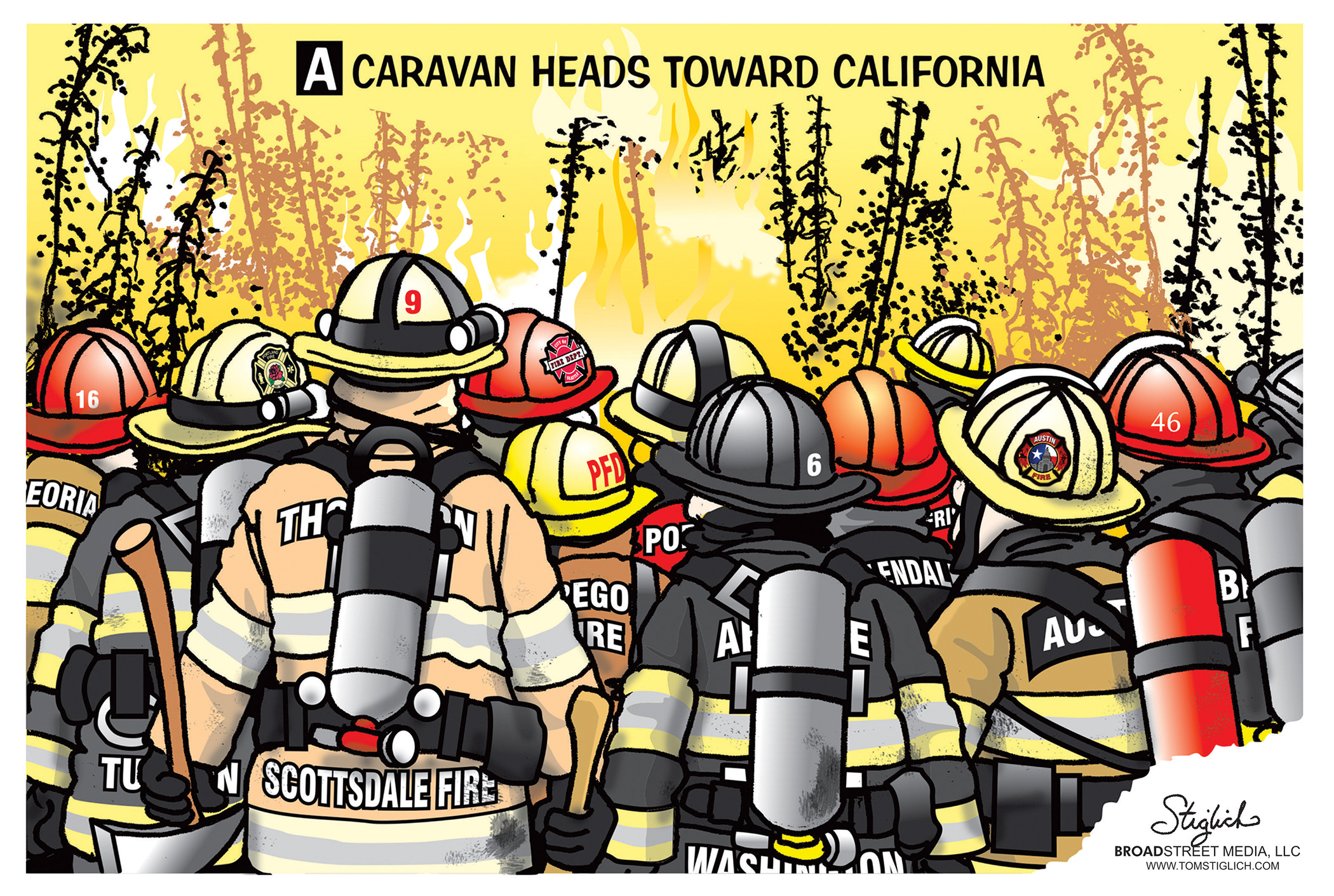 Regarding the California bar shooting, one of the escaped victims described how he felt defenseless to the situation and all he could do was shield himself and a female occupant under a pool table. This is why we need guns and not gun control.

We don’t need gun control, but we need to change gun laws nationwide so we, the citizens, can carry and defend ourselves in situations like this.

I can go into a gun shop with a valid driver’s license, have it scanned through a database, and within a few minutes, I can purchase a handgun.

What we need to do next is have a state trooper present on site for an interview, fingerprinted, put into the database, and now able to carry with a permit, all done on the premises where a person just bought their firearm.

What good will firearms do at home for home protection when we all need it by our sides on the streets? Then we wouldn’t be in the same situation of being defenseless as the man in the bar.

They should be locked up

The two individuals who were allegedly involved in the latest police officer shooting each have several arrest records.

What were they doing on the streets?

Philadelphians should really be reviewing our criminal court cases now that Krazy Krasner and Looney Liberal Kenney are in charge wanting to reduce the criminal jail populations.

Why do some people get annoyed and frustrated when Latinos speak their language?

I see every day how the Russian immigrants speak their language, and no one says anything to them, that this is America, speak English .

Why is it OK for whites from other countries, like Russia, to speak their language and nobody cares?

Municipal identification cards are another waste of money by the Kenney administration.

The requirements to receive these IDs are basically what you need for a state ID. This is just another Kenney scam in his justification of his sanctuary city theme.

This is also opening the door for abuse of the assistance system for people who aren’t qualified. Why don’t they just put these people on the new payroll system.

The city officials would never know, the way things are going with the city finances. So far in this session, the Council has wasted its time with IDs, salt in restaurants, and next is work schedules.

When are they going to do some real work?

To begin with, national polls have consistently shown that a majority of Americans oppose most abortions.

The U.S. Supreme Court ruling Roe v. Wade goes well beyond what most Americans favor, since it led to abortion on demand for any reason during all nine months of pregnancy. Roe also gave rise to the outrageous practice of partial-birth abortion, which a majority of Americans soundly oppose.

Look beyond recent headlines and you will find the truth, that Roe represents a judicial power grab that should be overturned.

Letters should be 300 words or fewer. All letters are subject to editing and must include the writer’s full name and a phone number for verification purposes. Anonymous letters will not be published. Mail to: Letters to the Editor, Northeast Times, 2 Executive Campus, Suite 400, Cherry Hill, NJ 08002 or email news@northeasttimes.com