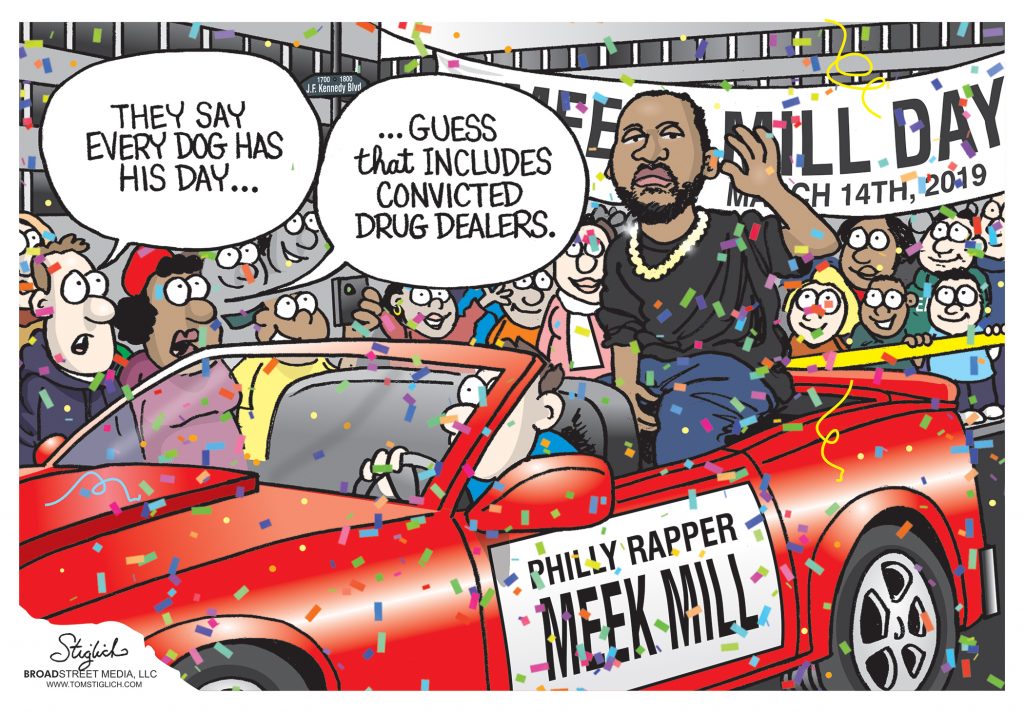 Jared is right about Henon

As an Oxford Circle resident for the past 40 years, I have seen a lot of deterioration of the neighborhood and the rise of crime. The only politician I have seen try to do something about it is Jared Solomon, who is a continual presence to all of the residents in his goal to unite the diversity rather than ignore it. In just over two years, he has fought an uphill battle with availability to all of his constituents. He doesn’t ask about your politics — just how he can help. Our neighborhood is changing for the better — and I give him the credit for his tireless efforts in doing this.

The fact that he has the conviction to ask for a corrupt politician to step down should be applauded by everyone. People are weary of their elected officials using their power to intimidate and force others into doing things.

Just because someone is a “nice guy,” as so many of the other politicians have noted about Mr. Henon, doesn’t qualify him to continue to represent his community if he has 20 federal criminal charges against him.

I am frankly shocked that our City Council hasn’t asked Mr. Henon to step down until the case is resolved. This is precisely why people get jaded with politics. Solomon has been the only politician brave enough to bring this to light. We need to thank Jared Solomon for his courage to be the gadfly in the midst of political corruption.

Mothers have status in Islam

Over the years, women have been fighting for their rights all over the world, and they continue to do so in some regions. As we honor and celebrate Women’s History Month, I would like to highlight the elevated status of women in Islam, specifically that of mothers. The Prophet Muhammad (peace and blessings be upon him) assured these rights to mothers, wives and daughters 1,400 years ago. He gave them their tremendous status and dignity that still has not been met by certain countries.

These sayings summarize the high status that the Prophet gave mothers. With so many misconceptions about Islam these days, it is my hope that readers would learn about true Islam, which is the message of the Ahmadiyya Muslim Community.

Scammers are becoming more aggressive in their tactics. They are now calling people and telling them their Social Security numbers are compromised instead of just stolen. They sometimes add that the person is responsible for funding terrorists and threaten to arrest them.

Many Pennsylvanians have fallen victim to the scams. One man lost $10,000, according to state Attorney General Josh Shapiro. The scammers identified themselves as the Social Security Administration and his local county’s sheriff. He provided payment in the form of gift cards to the scammers.

Don’t be a victim. No government agency will call you to get your personal information, so never provide it to anyone that way. Under no circumstance will there be a demand for money over the phone. Further, no government agency would make you use any sort of gift card in any way whatsoever.

If you get a call like that and are truly not sure if it is real or fake, ask the person for their name and phone number. A scammer will likely get more aggressive. A legitimate government agency will politely provide you with the information. Regardless of what they do, don’t call back. Hang up and call one of my offices first with the information they provided you. We will call and see who it is and inform you of the appropriate next steps. Or report the information directly to the attorney general’s office.

If you feel you have already been scammed, do not hesitate to call my office or the attorney general.

Making a report gives you your only chance of recouping any lost funds. It will also help authorities shut down that operation quickly so no one else loses money.

Also look out for others in your family or community. Statistically, senior citizens are targets for fraud. Look for unexpected bank account activity. Someone may be exploiting the elderly person’s financial resources. Look out for things such as telemarketer calls, frequent product purchases or repeated charitable donations. Seemingly small amounts to you can be a devastating loss to a senior on a fixed income.