The Philadelphia Police Department announced that the US Marshal Service took homicide suspect Tyquan “Fats” Atkinson into custody at about 5:55 p.m. on Wednesday on the 800 block of Upland St. in Chester, Delaware County. He will be charged with murder and related offenses.

Earlier Wednesday, police identified Atkinson, 19, of the 1600 block of S. 32nd St. in Grays Ferry, as the man who shot and killed Nicholas Flacco, a 20-year-old from Bustleton, Saturday night at FDR Park, near 19th Street and Pattison Avenue in South Philadelphia. 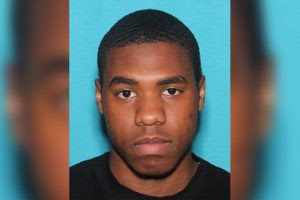 Meanwhile, a funeral Mass is set for Thursday for Flacco, who is survived by his parents, Christopher and Cathy Flacco; his sister, Olivia; grandparents Roland and Maryanne Flacco and John and Lorraine Haggerty; and aunts and uncles.

A viewing will start at 9 a.m., followed by a Mass at noon at St. Albert, 212 Welsh Road in Huntingdon Valley. Interment will be at Holy Sepulchre Cemetery.

Monsignor Joseph Duncan, pastor at St. Albert the Great, has closed the school on Thursday in anticipation of a large gathering of mourners.

In lieu of flowers, contributions in Flacco’s memory can be made to Marine Corps-Law Enforcement Foundation, P.O. Box 11653, Philadelphia, PA 19116. The website is www.mclefphila.org

Arrangements are being handled by John F. Givnish Funeral Home, of Academy Road.

Police said they responded to a report of a person with a gun at 9:57 p.m. on Saturday. On the scene, they found Flacco suffering from a gunshot wound to the chest. He was transported by police to Penn Presbyterian Medical Center, where he was pronounced dead at 10:17 p.m.

No weapon was found.

The killing took place in a park not too far from Citizens Bank Park, where the Phillies had played earlier in the day. Police described a dispute among tailgaters that led to the shooting.

Flacco, of the 8900 block of Springview Road, was a 2013 graduate of St. Albert the Great Elementary School and a 2017 graduate of Holy Ghost Prep, which is planning a prayer service in his memory.

Flacco was a sophomore liberal arts major at Penn State who was in Philadelphia to celebrate his birthday on Friday. He was in the Penn State ROTC and hoped to become a Marine. •• 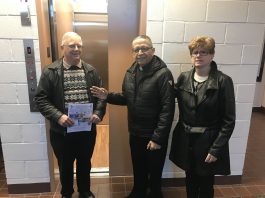 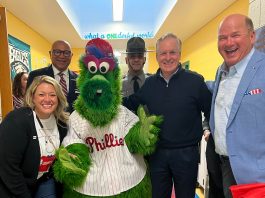