“There needs to be two parties at the table with equal say,” she said.

If elected, she vows not to be a professional politician who goes along to get along.

“I’m the voice of the people,” she said. “People are ready for somebody to stand up to the Democrats.” 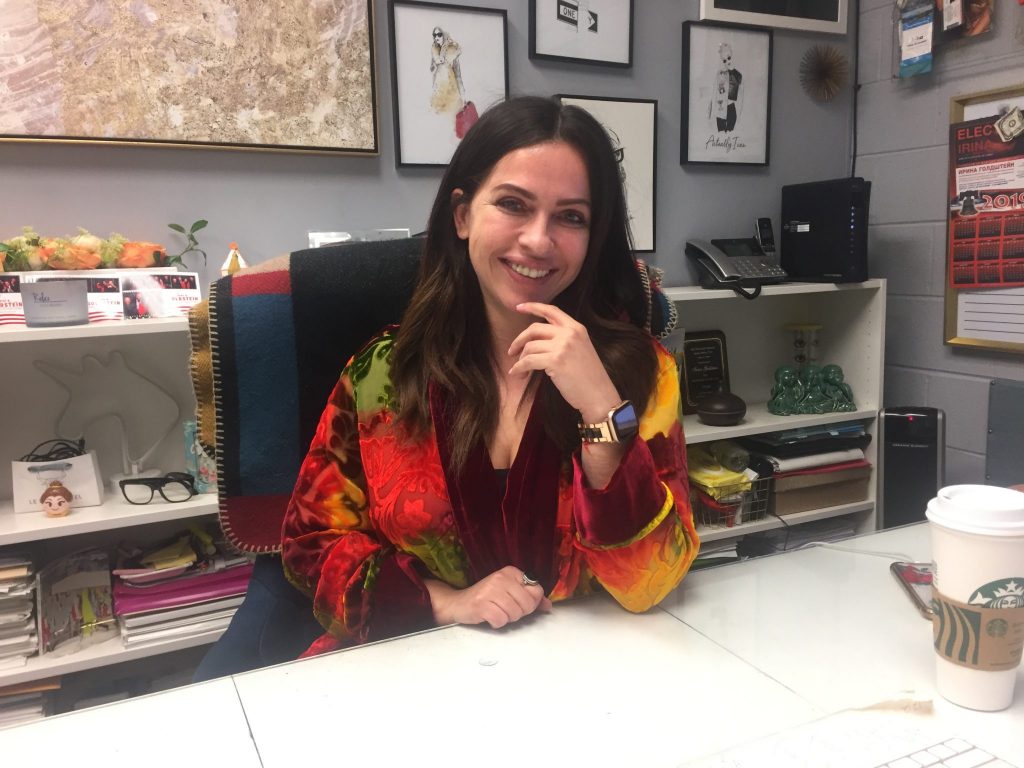 Goldstein, 34, of Bustleton, was born in Ukraine. She, her brother and parents arrived in Philadelphia in 1988.

Goldstein remembers living in a Tomlinson Road apartment that was small, except for the cockroaches. She attended local public schools, graduating from Northeast High.

She attended Community College of Philadelphia, earned an advertising degree from Temple in 2007 and later a master’s in business administration from St. Joe’s.

She began working at 10, cleaning homes. She’s been an ambulance company dispatcher, has flipped houses and worked for a decade in the pharmaceutical marketing field.

Today, she runs a fur coat company and a life insurance/annuities/retirement planning business.

Goldstein is one of seven Republicans running for five nominations in the May 21 primary.

“I think people are ready for a change,” she said.

Her name will be listed last on the ballot, but she is not worried.

“Seven is the holiest number for the Jewish people,” she said.

Her campaign includes about 50 volunteers, mostly college students. She has a cocktail reception fundraiser scheduled for April 25 in Center City.

Goldstein expects to get most of her votes in the Northeast and South Philadelphia. She’s been endorsed by International Association of Fire Fighters and Paramedics Local 22.

The candidate believes the city imposes too many taxes and regulations on business. She thinks a proposed ban on plastic bags would be a burden on small businesses.

Goldstein believes the city budget is too big, adding that she’s concerned about the employee pension plan not being fully funded. She knows Jeff Brown, who had to close his ShopRite in Overbrook because of lost business due to the beverage tax. She blames the tax for the loss of jobs among the Teamsters, and wants to repeal it.

She favors the property tax abatement on new construction, an audit of the School District of Philadelphia and more vocational training in schools. Learning a trade such as electrical or plumbing can lead to a high-paying job, she said. Apprenticeships, mentorships and volunteer opportunities would help, she said.

“Education is the great equalizer,” she said. “Not big government. Not socialism. Not communism.”

Goldstein wants the city to justify every dollar spent in the budget.

“I want accountability. I want transparency,” she said.

Goldstein labeled the proposed congestion pricing as “bulls—” and vowed to stop it.

“We’re not taxing drivers,” she said.