Roosevelt Playground will be receiving some short-term upgrades to deal with unruly teenagers and long-term improvements so kids can enjoy modern equipment.

A meeting took place at the playground, at Walker and Hellerman streets in Tacony, on June 24 after a series of incidents involving young people.

Neighbors complained of large groups of kids using foul language and committing vandalism, including throwing trash cans and using a fire extinguisher to cause damage in the recreation building.

The final straw came when a gang chased a rec leader into the building, surrounding it until the 15th Police District arrived.

Last Friday night, some neighbors came to the playground, where they were met by Capt. John Walker and Lt. Don West, of the 15th district; City Councilman Bobby Henon; Greg Bucceroni, of the citywide Town Watch; representatives of Tacony Holmesburg Town Watch and the city Anti-Drug/Anti-Violence Network; and Pete Smith, the Republican candidate in the 6th Councilmanic District and former president of the Tacony Civic Association.

The evening included some good signs and bad signs. Some young people tried to set off fireworks, threw water bottles at each other and tossed their empty water bottles and water ice wrappers on the ground.

“Juvenile delinquents, that’s what they are,” one woman said.

“They need an ass-whooping,” another woman said. 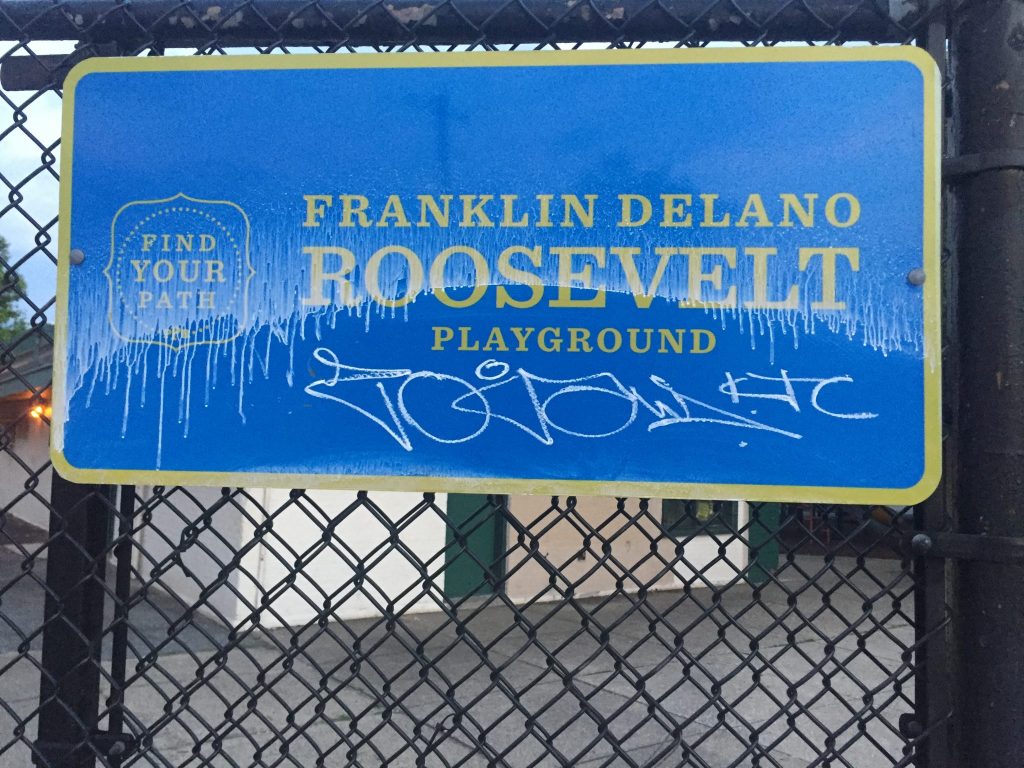 On the other hand, Henon spoke to a young basketball player who is a good student at Central High School and has big plans for college and his career. And three young guys were performing some organized football drills on the field.

The kids were treated to soft pretzels, water and water ice.

Henon explained to them that high-definition cameras will be installed at the playground, along with a “Mosquito” alarm that will emit a loud sound after the center closes at 10 p.m. that can be heard only by young people. There will also be expanded police patrols of the playground, with officers required to sign a log.

The councilman, who played basketball with some of the kids, will be spending $650,000 to install some much-needed playground equipment and overhaul the basketball courts. He challenged the kids to a 5-on-5 full-court game once the new courts are complete. He will fund additional programs at the center. The hockey court will be removed.

Bucceroni said there will be outdoor movies shown later this summer on the ball fields.

A groundbreaking ceremony is planned for October.

The city already removes graffiti soon after it appears. Someone recently spray-painted “Commie Mayor Kenney blows,” along with a hammer and sickle, on a Roosevelt Playground wall, but CLIP painted over it. ••