Posh, posh, posh describes the royal treatment we received at the reception for the opening of the much-anticipated Downton Abbey movie last week. We were whisked to the 11th floor rooftop lounge of the Monaco Hotel, and as we walked off the elevator we were greeted with champagne flutes. They were served by a young lady dressed in costume just like the downstairs staff at Downton Abbey. Mrs. Patmore and Daisy (Downton’s cooks) would definitely have approved of the delicious cheeses that were accompanied with honeycomb honey, quince squares, fig preserves and grapes, along with a carved beef station, various sliders and cocktails. We enjoyed this fine fare while we waited for the arrival of cast members whose identities were kept secret until their arrival. 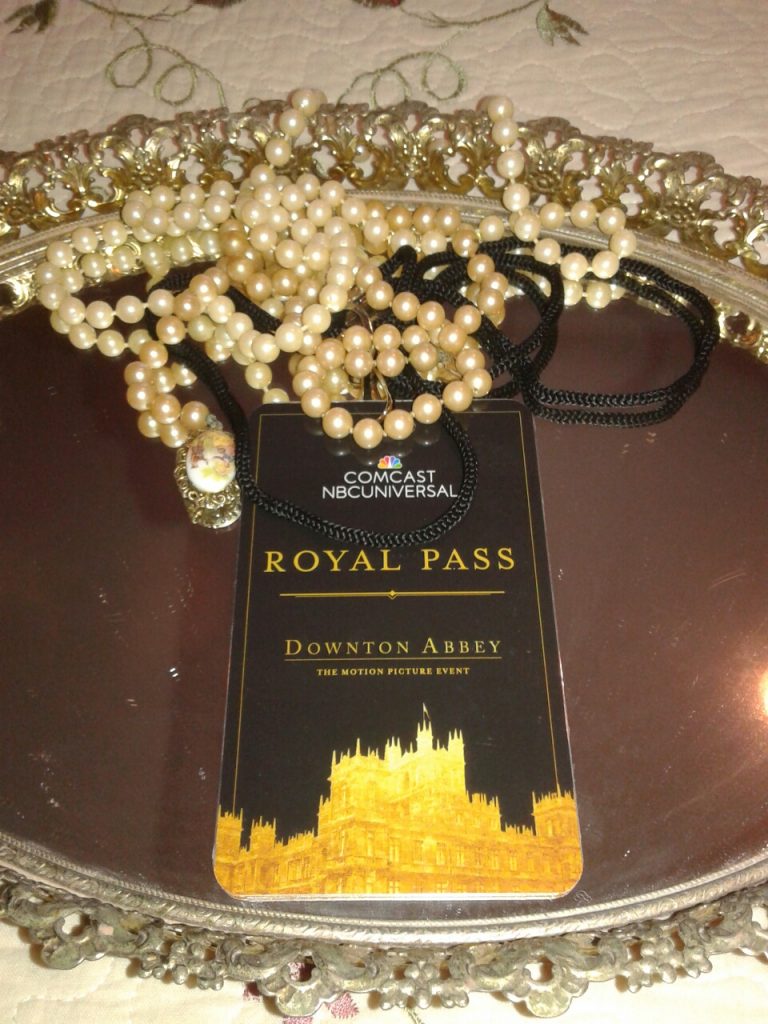 What a pleasant surprise it was to be greeted by Mr. Carson (Jim Carter), who plays Downton’s stodgy but kindly gentleman butler. When asked about his most memorable moment in the film, he replied “the walk up the gravel drive where in my head I’m Clint Eastwood ….”  Also on board was Mr. Molesley (Kevin Doyle), Downton’s bumbling valet/footman, who recounted the day that the Duchess of Cambridge (Kate Middleton to us) visited the Downton Abbey set. A newcomer to the Downton Abbey movie is Lady Bagshaw (Imelda Staunton), whose real-life husband, Carter, is a more dapper guy than his Downton character, Carson. The film’s director, Michael Engler, who also directed some of the TV series, was on hand to field questions. In reply to the idea of another Downton movie, Engler responded, “never say never.  There are no plans but….” As we were leaving to see the movie, Mr. Carson paraphrased his usual announcement for dinner letting us know “Downton is served.”

The Downton Abbey movie was a chance to return to see the Crawley family and their domestic staff, all of whom we have grown to love over six seasons of weekly visits as the show aired on PBS. The movie finds both upstairs and downstairs enthusiastically preparing for a visit by King George V and Queen Mary to Downton Abbey. With all things in a tizzy over the royal visit, Lady Mary coaxes Carson out of retirement to return as head butler. Antics ensue when the royal staff arrives and proves to be a force to be reckoned with. Matriarch Violet Crawley, Dowager Countess of Grantham (Maggie Smith) and her cousin, Isobel Crawley (Penelope Wilton), add humor with a series of sparring, funny one-liners, and Mr. Moseley’s curtsy is a hoot. The movie seems to invite a sequel, with a new baby expected, new romances brewing and a wedding on the horizon.

The Downton Abbey movie was like a catch-up with old friends you haven’t seen for a while. You reminisce and then you miss what you shared on a regular basis – the looking forward each week to seeing them. Oh, where has the time gone? ••