Head of the class

Joseph J. Greenberg Elementary School was designated as a National Blue Ribbon School, one of 362 schools nationwide to be recognized for its academic excellence.

Students at Joseph J. Greenberg Elementary School knew they were in for a surprise when they were taken outside for a special assembly last Thursday. Mayor Jim Kenney, members of the Board of Education and school parents joined them to celebrate the news that the school had been recognized as a National Blue Ribbon School, one of just 362 schools nationwide to achieve that recognition.

“Today is a great day for celebration,” Principal Gina Hubbard said as confetti shot from cannons over the cheering students.

The U.S. Department of Education awards the recognition to schools where students achieve at high levels or where the achievement gap is narrowing. Greenberg was honored as an Exemplary Achievement Gap Closing School as it is among the state’s highest-performing schools in closing achievement gaps.

“In addition to academic rigor, this is also a school that helps children become exceptional students and people,” Bird said.

Mayor Kenney said with more than 800 students, the school’s diversity was one of its strengths and that the teachers had one of the most important jobs in the city.

“The most important thing we do in Philadelphia is educate our kids,” he said.

Eighth-grade student Angela Verghese spoke about her experiences at Greenberg, having transferred to the school last year. She said she noticed a positive atmosphere and attention to security on her first day.

“We are in a school in which our safety and our education are put first,” she said. “I am honored to call Greenberg my home and my family.”

Seventh-grade math teacher Denise Boothman taught for 10 years before coming to Greenberg, but never gave homework on the first day of class. She recalled a fellow teacher advising her to do just that.

“Not one person complained,” said Boothman, who has taught at Greenberg since 2002. She thanked school parents and her fellow teachers for motivating the students to perform their best. 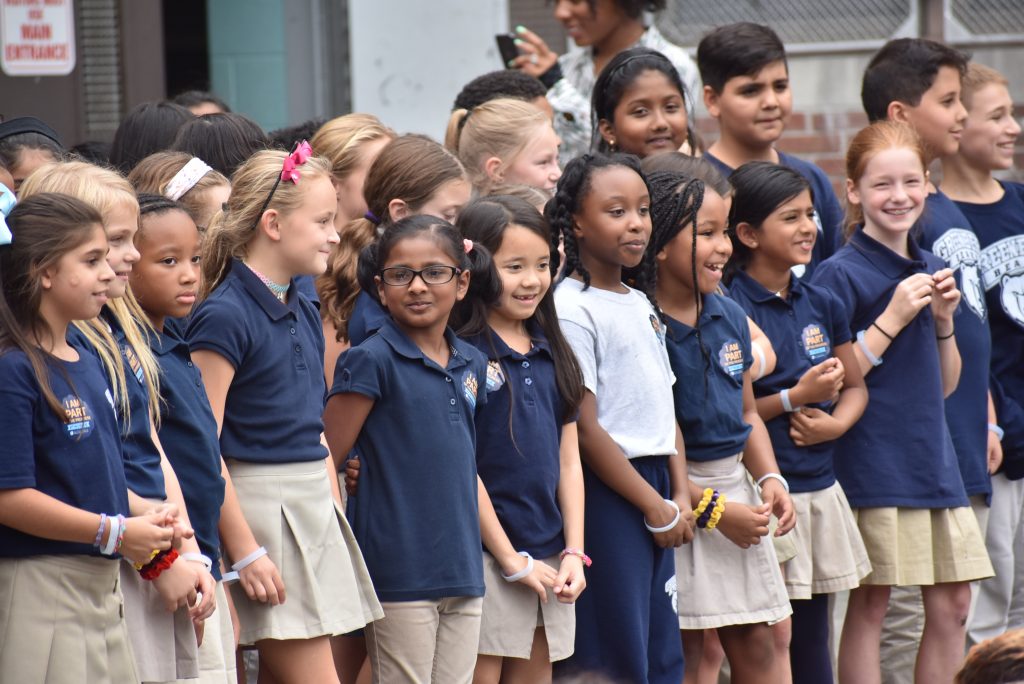 After the ceremony the students celebrated with music, dancing, snacks and beach balls, and a lucky few got to take selfies with the mayor.

Greenberg prides itself with strong encouragement of the arts, with student artwork being displayed at an annual showcase and musical. The school also encourages student discourse, with teachers encouraging students to share, argue and defend their ideas.

George Washington Carver Engineering and Science High School in North Philadelphia was also recognized with the achievement. They are the sixth and seventh District schools to receive the recognition since 2014. ••

All photos by Logan Krum 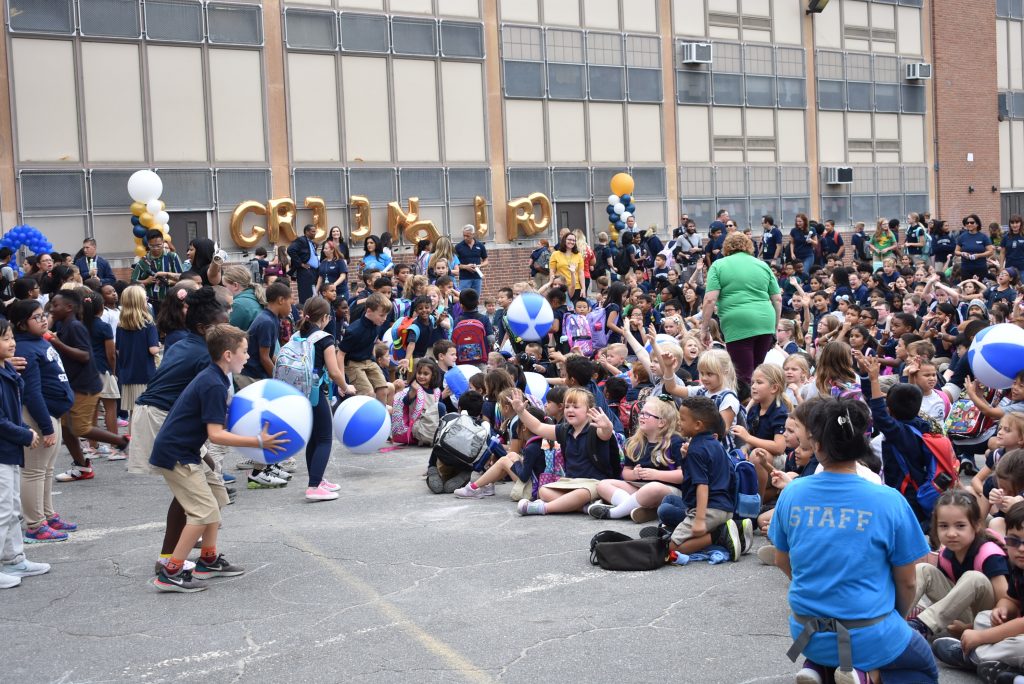 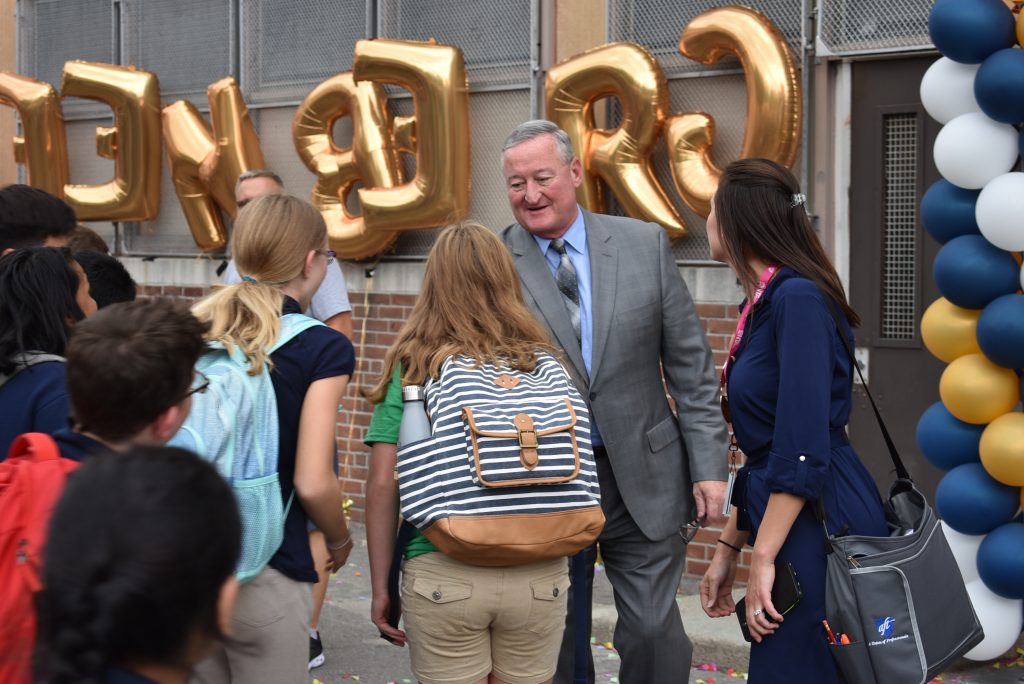 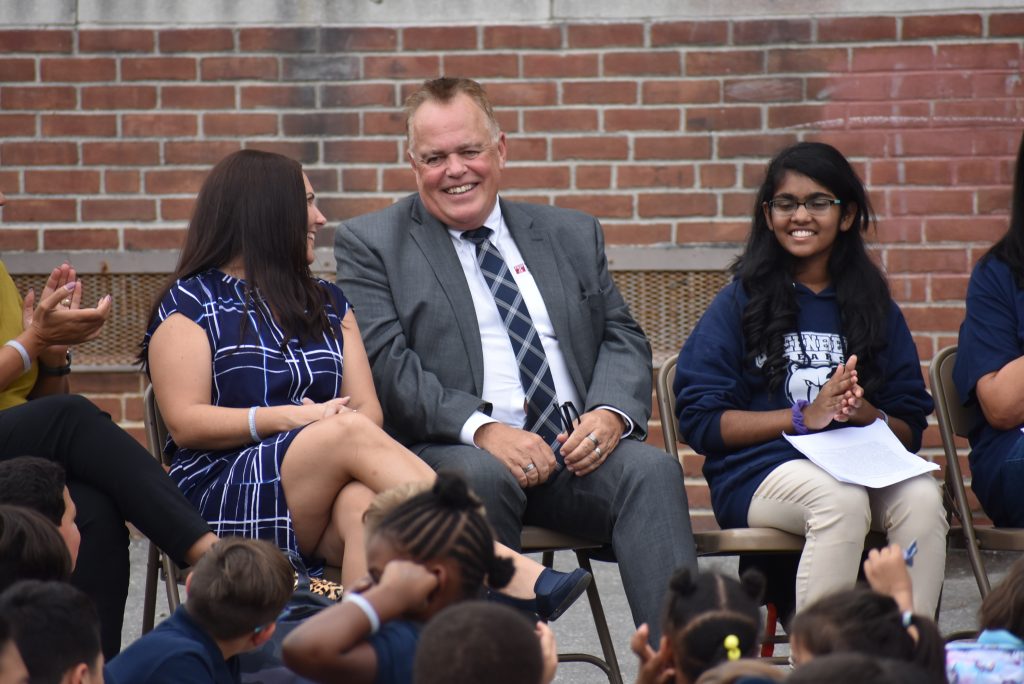