No options left in fight against Woodhaven Road hotel

Millbrook Civic Association leaders say there’s nothing residents can do about a controversial project to build a hotel at the Knights Road Shopping Center. 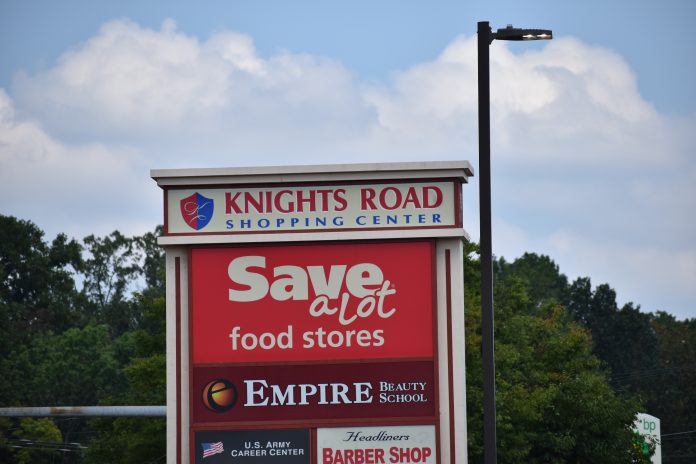 Civic president John Kradzinski said there’s nothing neighbors can do to prevent the construction of a 122-room hotel at the Knights Road Shopping Center, 4000 Woodhaven Road.

“Our hands are tied,” Kradzinski said. “As it stands now from our end, we’ve exhausted every avenue.”

Tenth District Councilman Brian O’Neill confirmed in an interview that the community group is out of options to stop the project.

Posh Properties, of Bethlehem, acquired a zoning permit July 31 to build a four-story hotel on a part of the shopping center property. A company representative previously told the Northeast Times the hotel would be operated by WoodSpring Suites, an extended-stay hotel chain.

It’s unclear when the construction is expected to start. Posh Properties has yet to receive a building permit.

Residents, who have expressed concerns about crime, parking and other issues, thought the developer had abandoned the project back in May.

At that time, Posh Properties’ attorney, Ron Patterson, sent an email to the Millbrook Civic and O’Neill saying his client was withdrawing its application for a zoning permit.

“They definitely know, I think, that the community is opposed and wanted to avoid coming back,” O’Neill staffer Alice Udovich said.

Joe Posh, a partner at the firm, told the Times in August that avoiding the CDR process was one reason behind the revised design.

A representative from the company declined to comment for this article.

It’s not the first time the developer has altered the design seemingly to avoid scrutiny. Previously, Posh Properties lowered the height of building to 38 feet to bypass having to get a variance.

The Department of Licenses and Inspections granted the company’s July permit “by right,” meaning there was no variance or opportunity for community input.

Some at the Millbrook Civic meeting worried the hotel would bring crime and quality-of-life issues to their quiet section of the Far Northeast.

“This is the last part of the city that’s half-decent, where your kids can go and walk to the playground and not worry about a drive-by,” one man said. “You’re going to bring dirt in there.”

Joe Posh has said he doesn’t think the hotel will be a detriment to the neighborhood.

Northeast Philly residents have been vigilant in guarding against new hotels in recent months.

Bell’s Corner and Rhawnhurst neighbors flooded an Aug. 28 Zoning Board of Adjustment hearing about a proposal to build a 49-room hotel at 8430 Bustleton Ave. An attorney for the developer ended up dropping the zoning application — a win for residents who opposed the plan.

Neighbors in both cases have pointed to disturbances at the Roosevelt Inn and Hub Motel as well as motels on Old Lincoln Highway in Bucks County as part of their reason for their opposition to hotels.

The vast majority of incidents occurred at the Roosevelt Inn. Officers were called for a variety of reasons, including for a person with a gun, prostitution, rape, assault and theft.

Those at the Sept. 24 Millbrook meeting also wondered whether Posh Properties would use union labor to build the hotel, particularly given that the site is next door to the Philadelphia Building Trades Council property.

“This is a very strong union neighborhood,” said Mike Bremser, a member of the civic’s board.

A man who identified himself as a union business agent said the developer has not been returning calls from representatives from the building trades.

In the meantime, it’s just a waiting game for residents.