One day last year, Richard Krassen woke up and decided he wanted to write a memoir.

The result, “Breadcrumbs on My Journey: Celebrating Life in the City of Brotherly Love,” chronicles Krassen’s life, from his childhood in Oxford Circle to his career as a life insurance salesman.

Krassen’s memoir is broken up into short vignettes, which are often very detailed, and reflections. It’s written in a matter-of-fact style, and he is honest about his struggles.

“I just had all this stuff in my head that I had a photographic memory of about my childhood and all these stories,” said Krassen, 78, who now lives in Center City. “I guess I just had the need to share them with people.”

“Breadcrumbs,” written in collaboration with David Tabatsky, covers much of Krassen’s early life, growing up on the 6700 block of Kindred Street and, later, on the 6700 block of Large Street. He believes those who grew up in the 1940s and 1950s will find a lot to relate to in the book.

There’s descriptions of street games, like wire ball, wall ball and box ball as well as entertaining anecdotes, like the time when Krassen and his friends were arrested on Castor Avenue for loitering after catching a movie at the Benner Theatre.

Basketball, one of Krassen’s passions, serves as a thread throughout the book.

In the memoir, Krassen recalls starting in a playoff game at the Palestra against an Overbrook High School team that included Wali Jones, who played on the Sixers when they won the 1967 NBA Championship.

Krassen continued playing in adult basketball leagues at KleinLife in Bustleton until age 72.

“Basketball saved my life,” he writes.

The book also gives an unflinching look at Krassen’s trials, including his suicidal thoughts, job difficulties, complicated relationship with his parents and a bitter divorce. Krassen left his ex-wife in 1995, but the emotions are still raw in the memoir.

“I wanted to be transparent and honest,” he said. “I wanted to share the whole thing. I just think it makes it more compelling. When you read it, it has more substance.”

“Breadcrumbs” was released in February, and Krassen said he has sold nearly 750 copies.

The book is available for $20 by emailing Krassen at rkrassen@gmail.com. It is also available on Amazon in paperback and for Kindle. •• 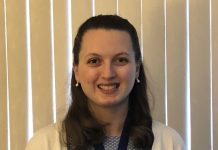 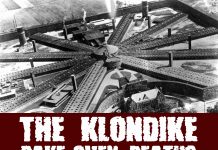