The Lawncrest community on Monday morning celebrated Veterans Day with a ceremony outside the Lawncrest Recreation Center.

The event was organized by neighborhood activists Bill Dolbow, Kathy Wersinger and Heather Miller. It featured an American flag raising, the national anthem, Pledge of Allegiance, the placement of wreaths, patriotic music, a shotgun salute and Taps. 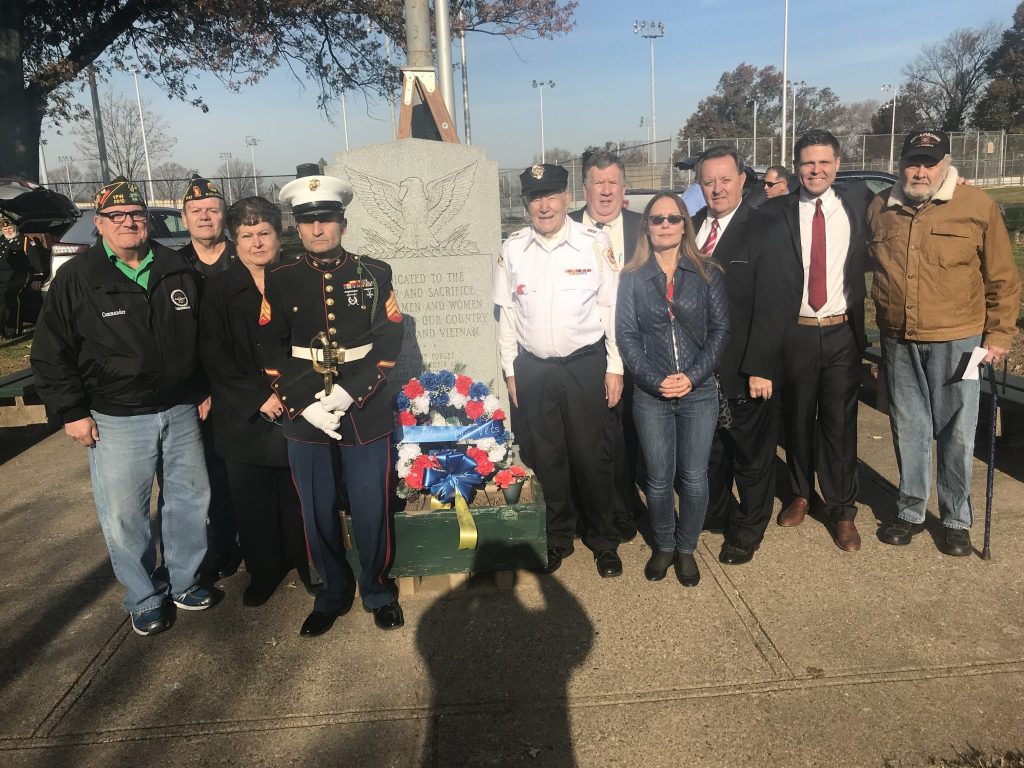 Guests remembered two veterans who passed away: Joe O’Rourke, steward of Crestlawn American Legion Post 832, and Les Holmes, a Philadelphia Protestant Home employee who was a victim in the quadruple murder last month in West Philadelphia.

All veterans used a microphone to say their name, rank and branch of service, and were given colored greetings from students at Presentation BVM.

State Rep. Jared Solomon, a captain in the U.S. Army Reserve, urged people to honor the military service of veterans, including his grandfather, who served in the European and African theaters in World War II, and younger people who signed up after the Sept. 11, 2001 terrorist attacks. Solomon also said those veterans should be recognized for the work they do when they come home, serving as teachers, coaches, volunteers and business and community leaders.

Tony Iannarelli, of the Kiwanis Club of Phil-Mont, recited A Soldier’s Prayer. Phil Grutzmacher, Lawncrest Community Association secretary, read the war poem In Flanders Fields. Bill Conaway, director of community relations at the Protestant Home, spoke of the significance of the Prisoner of War/Missing in Action table, set for one with an inverted chair.

The grounds looked good, thanks to Saturday’s cleanup organized by the Lawncrest Recreation Center advisory council. ••