As important as it is for the Eagles defense to play well when the defending Super Bowl champion New England Patriots (8-1) come to town to take on the surging Eagles (5-4) on Sunday, the best defense the Eagles can put up is to keep Patriots quarterback Tom Brady off the field.

The Eagles will no doubt pound the ball with veteran running back Jordan Howard and rookie standout Miles Sanders to make that strategy work.

The Eagles offensive line has played well the entire season, especially right guard Barrett Brooks, who was acknowledged as the top offensive lineman in the NFL for the first half of the season by Pro Football Focus.

The Birds this week rewarded Brooks with a record contract extension worth a reported $56.2 million over four years, with at least $30 million in guaranteed money.

Sanders talked about the offensive line that has helped the former Penn State star emerge as one of the top rookies in the league this season.

“Every week, cameras get in front of my face and tell me how good I did,” said Sanders, who has rushed 75 times for 336 yards and a touchdown this season. “You can’t do good unless the O-line does good. I give all the credit to the O-line each week. And Brandon’s been phenomenal this whole year.”

The Eagles will need Carson Wentz to come up big as well. His receivers are not making it easy for him. The Birds’ pass catchers, once the strength of the offense, are now suffering with too many dropped passes.

The worst offender may be Super Bowl hero Alshon Jeffery. Against the Chicago Bears, Jeffery had three drops. He did come through with a tough catch in the fourth quarter that helped keep the Birds’ game-ending drive alive. Jeffery and the rest of the receiving corps need to be more consistent.

Offensive coordinator Mike Groh said he is not giving up on his veteran receiver.

“I’ve been with him for a long time now,” Groh said at his first news conference after the bye week. “Like you said, and I have never seen him drop three balls, whether it’s six years or something together — I don’t anticipate that happening again for another six years. The guy has excellent hands and he has a proven track record in this league and is a very good player and will continue to be a very good player.”

Groh continued to have his receiver’s back.

“We haven’t lost any confidence in him,” he said. “I know that he’ll make some very important plays for us, just as he did there in the fourth quarter, converting that third down, which was a huge play in the game. Making that play in a contested coverage situation, keeping us on the field there, we were able to grind out eight minutes or something and put the game away. So that was a big play for him to be able to bounce back there at the end after the other plays that I know that he would tell you he expects to make, as do we. He’ll do whatever it takes to help us win. He’ll be a big part of why we win in the future.”

The defense will still have to deal with Brady, then a week later against league MVP candidate Russell Wilson of the Seattle Seahawks on Sunday Night Football, Nov. 24.

Schwartz was asked, will having most of his cornerbacks back, give him the flexibility to call a game differently or maybe have a little more confidence or a little more authority or flexibility? “Well, it never hurts to have your guys back in there,” said Schwartz, whose defense has given up just 27 total points over the last two games. “And then it had increased use of a couple different packages that we really had not gone to this year. This last game, we played some four corners in the game, which is something we really didn’t have enough personnel to be able to do.

“But getting Jalen Mills back, getting (Ronald) Darby back and Avonte Maddox back, even having Cre’Von (LeBlanc) on the horizon somewhere, somewhere hopefully soon, it does give you a little bit more flexibility and be able to match up different ways.”

The Patriots might change their roster more than any other team in the league. Many of the skill positions are different since the Super Bowl, including future Hall of Fame tight end Rob Gronkowski, who retired after last season. Schwartz was asked if they’ve changed anything or are they basically status quo with the infrastructure they have.

“Yeah, it is,” Schwartz said. “Last week, we were watching our Super Bowl game, and a lot of their scheme stuff has stayed the same, obviously their quarterback has stayed the same, but there has been significant turnover. [Patriots WR Julian] Edelman wasn’t playing in that game even though he’s been a longtime member of their team. It’s a little bit different when 87 (Gronkowski) is not out there. That looks a little bit different for them.

“But they have some continuity at the running back position. They have added running back Sony Michel in there, and he fills a good role for them. When it’s all said and done, they have been a winning team, and regardless of who has been out there. So that’s what the challenge is. The challenge is being able to match up, being able to tackle, be able to play the run, be able to play the pass and find a way to come out with the win. That’s our job this week.”

Schwartz was asked if there was any carryover that he could realistically take from the Super Bowl into this one.

Eagles fans would be thrilled to get the same result. •• 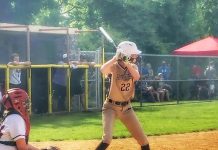