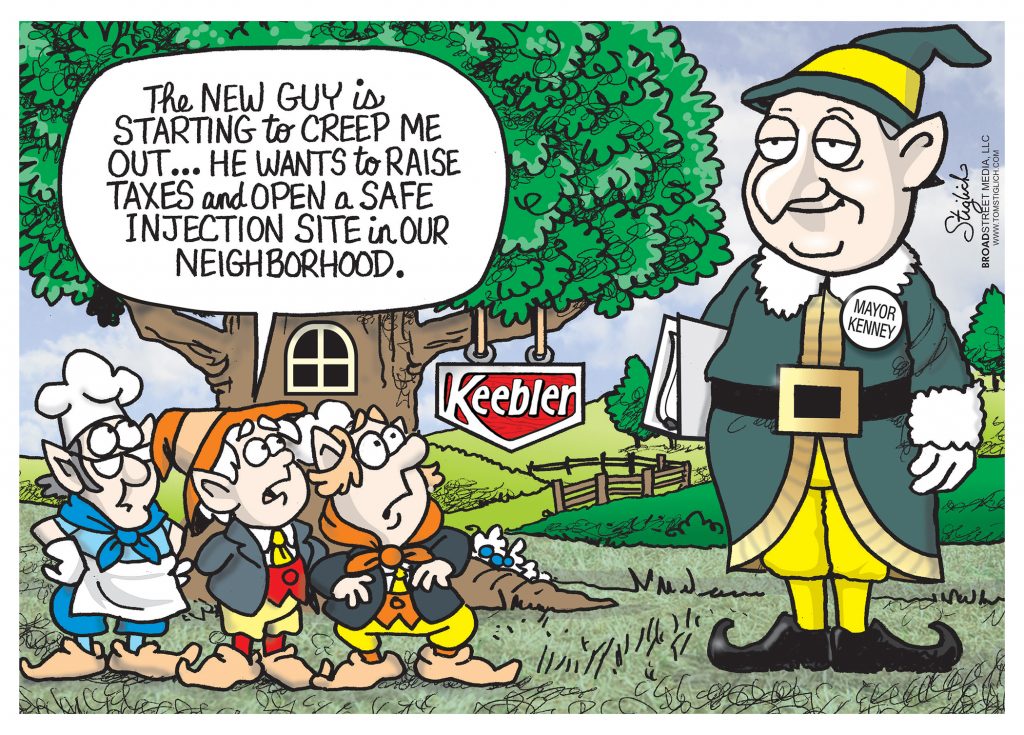 I found several aspects of your article about Somerton Civic Association meeting to be misleading. Here, I will focus on just one. You reported that Brian O’Neill told you after the meeting that “there is nothing that can be done to prevent a warehouse at 1 Red Lion Road because its zoning allows for industrial uses.” That is untrue.

The developer at 1 Red Lion, the former Budd Company site, has not finalized its plans or sought permits to build a distribution center. Before the developer does those things, City Council could enact a law providing that large new industrial uses totaling more than 200,000 square feet proposed to be located on property directly adjacent to a residential use would require a variance. If the developer of 1 Red Lion sought permits after such a law became effective — or even while it was pending before City Council, under the pending ordinance doctrine [§ 14-304(3)(g)]– the developer would need to obtain a variance. Communities near the site would thus gain the opportunity for public input.

For more than a year, I and others in Somerton have urged O’Neill to propose such a law before the developer files for permits. O’Neill enjoys power (councilmanic privilege or prerogative) to have Council pass such a law by making it apply only within his own district. The fact that no such law has been proposed does not show that “nothing can be done,” but only that O’Neill won’t act. Indeed, his reported insistence on doing nothing until the developer files its plans with the city and locates a tenant indicates that he intends not to address concerns until he lacks power to do anything about them.

O’Neill could also promise, based on councilmanic privilege, to block improvements to streets, traffic signals and utilities that the 1 Red Lion project is sure to need unless the developers produce plans better suited to the neighborhood. O’Neill is presently blocking another developer’s project in Somerton, at the Quartett Club property, by withholding approval for similar improvements. The developer wants to build single-family houses. The wisdom of such a development aside, the Quartett Club’s zoning allows such houses to be built without a variance. But O’Neill has nonetheless blocked them. Using similar methods, O’Neill could block or force adjustments at 1 Red Lion.

I haven’t speculated and won’t speculate on O’Neill’s motives for his inaction when faced with a pressing need for his help. He still has time to act, and I urge him to do so. At the same time, I hope that other members of Council take an interest in this matter and intervene if necessary to prevent an injustice from being done.

Nov. 26 was the 56th anniversary of the assassination of President John Fitzgerald Kennedy. I got up early, prayed, got dressed quickly, walked over to Mass at my church. Wasn’t surprising to see the same crowd (sparse). Not packed to capacity like the old days. Although, students (at a faith-based school) could have attended.

P.S. Stand up for something. Feed someone, support Toys for Tots.

Why do the owners/operators of the Northeast Shopping Center, 9173 Roosevelt Blvd., disrespect the patrons of the Welsh Road branch of the Free Library?

First, they put a fence at the back of the courtyard so that you have to walk the long way around to get to the library. Great idea against seniors and the handicapped. Now they took away the parking and gave it to the Welsh Tech Learning Center so that you have to park by the car wash and Chuck E. Cheese, without regard to the elderly and handicapped.

I urge everyone to contact Federal Realty Properties in protest at 877-265-7417 or properties@federalrealty.com.