This has been a big year for Thomas Devaney.

He released two books, recently debuted a documentary and has been making the rounds in local media. The 50-year-old poet’s stock is only rising.

Devaney’s work is grounded in Northeast Philadelphia, but, he says, he had to leave before finding that out.

He grew up in Academy Gardens, went to Father Judge High School and moved to New York City after graduating college. Growing up was difficult for Devaney, and he felt like he didn’t fit in and had to go somewhere else to pursue his career as a writer.

“It was difficult,” Devaney said. “It’s difficult for a lot of people.”

“It’s not an untypical story where you just need some space,” he added. “I mean, it was dramatic for me, though.”

Devaney — pronounced De-vann-ee, not De-vain-ee — thinks before he speaks. Words are meaningful for him, and, in conversation, he’ll take a long pause to make sure he’s using the right ones.

To advance as a writer, he realized he had to find a way back to Philadelphia and grapple with the complexities of his experiences with the city.

Perhaps the culmination of that journey, or at least a benchmark on it, was Getting to Philadelphia, released last summer, a book of new and selected poems Devaney has written over the years about his hometown. 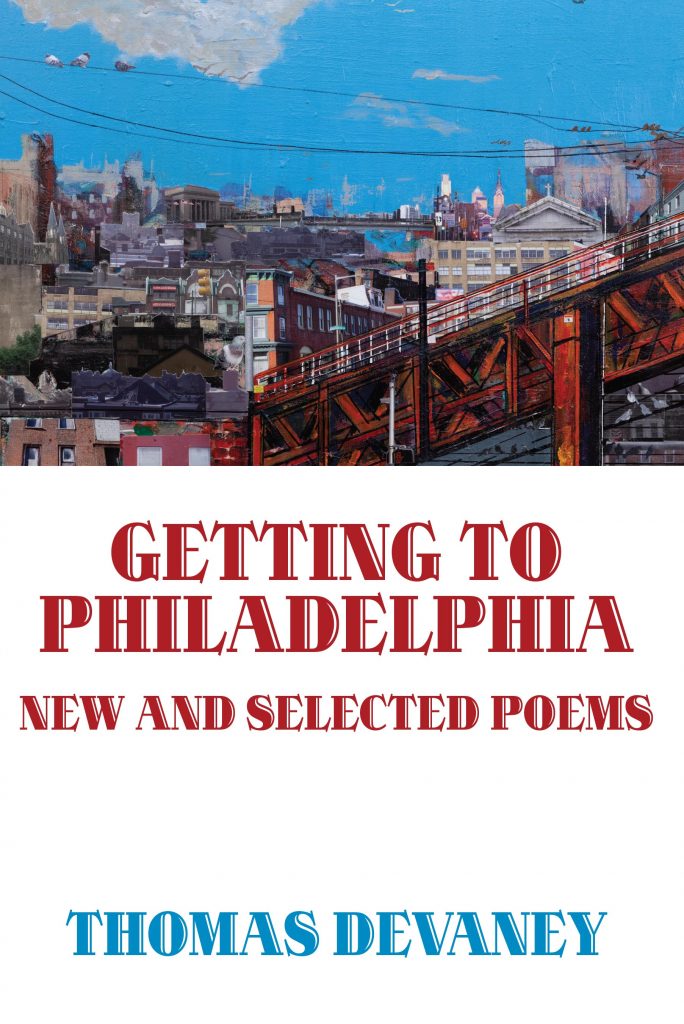 “I never started off with the idea that I was writing a book about Philly, but over time I realized that a lot of the work was about Philadelphia,” said Devaney, who now lives in Center City and teaches creative writing at Haverford College.

Though there’s quite a few familiar references for longtime residents, like SEPTA’s old “We’re getting there” signs in the title poem, the book is not about nostalgia, Devaney said. It’s more about making peace with things and recognizing the sources that influenced him.

“The deeper story is me processing my life and just figuring out what happened and figuring out where I came from and what it means,” he said. “It’s taken many years for me to sort of see even what I’d been doing. I didn’t even know what I was doing.”

In Groundwork, one of the poems in the book, Devaney recounts his father and other men working on his family’s house. His dad was always building onto their house or fixing his car, Devaney said.

“Inside, I am in my head. Outside are the men. A sledgehammer in the air, men thinking, working,” he writes in the poem.

Devaney says Groundwork includes an exploration and engagement with masculinity, a topic that is also present in other poems in Getting to Philadelphia.

It’s not all heavy. In Not to hear the music, but to have felt song, he recalls going to the fish hatcheries on Linden Avenue with his grandfather.

The tension and affection he has for Philadelphia, and especially the Northeast, is related, Devaney said. Moving away helped him understand what he likes about the area.

“I just really appreciate the maybe kind of frank or emphatic nature of a lot of people that I knew, that will just tell you what they’re thinking,” Devaney said. “You have to have tough skin, and that’s been helpful for me because it’s not easy to be a writer.”

Devaney’s style is straightforward and easy to understand, but not lacking in creativity. It’s prose-based, and he has the ability to paint a scene. His poems capture moments in time, emotions in time and snippets of places.

John Yau, a prominent poet and art critic who published Devaney’s other recent book, You Are The Battery, praised Devaney for making the ordinary interesting and not using artificial literary tricks.

“His subject matter seems modest and commonplace, but somehow he makes it more than that,” Yau said.

“Some poets, they want to tell people what they don’t know,” he added. “He has none of those pretentions in his work.”

A lot of Devaney’s work over the years has been in collaboration with other artists, especially photographers. In 2014, he released The Picture that Remains, a book of poems based on Will Brown’s photos of Philadelphia in the 1970s.

His most well-known poem, The Blue Stoop, was in conversation with an image by Zoe Strauss, an acclaimed photographer whose work was featured in an exhibit at the Philadelphia Museum of Art. The Blue Stoop also inspired the name of a writers’ hub founded two years ago.

It begins: “Who remembers the blue stoop? I’m laughing at the question–Who? Everybody. All the names.”

Though the stoop of Devaney’s childhood home wasn’t blue, he connected the photo to his own experience. He goes on to name a bunch of folks, all of whom are real people he grew up with in the Northeast.

Devaney said, as a writer, voices are important. Voices from his past break through in his poems, and, during readings, he will give different inflections to different lines in a particular piece, he said.

That’s one of the things Francis Ryan likes about Devaney’s work. Ryan, an Oxford Circle native who teaches at Rutgers University, is a fellow writer and longtime friend of Devaney; Getting to Philadelphia was actually dedicated to Ryan.

Devaney’s latest project is a documentary about the 1976 Bicentennial celebration. The film and a related exhibition, a collaboration with Haverford and Bryn Mawr College students, opened Friday at Haverford.

The documentary examines the city during that time period and looks at some of the challenges surrounding the event, like high expectations, development pressures regarding Chinatown and the Vine Street Expressway and fights between vendors and City Council.

“It’s kind of a rounded picture,” Devaney said. “To me, the Bicentennial is a vehicle to tell a lot of stories about Philadelphia that haven’t been told.”

Making the documentary was difficult, he said, but he has always had more of a producer personality. He’d rather talk about something and is quick to recommend his favorite books and movies.

“I actually don’t like to be the front person. I’d rather be behind the scenes,” Devaney said. “I kind of want to take the attention off myself.”

In Getting to Philadelphia, the attention is very much on the city, but it’s also on Devaney. The two are inextricably linked.

“I think that he’s proud to be from Philly,” Ryan, the Rutgers professor, said. “His understanding of who he is is very much rooted in the actual streets of that city.” •• 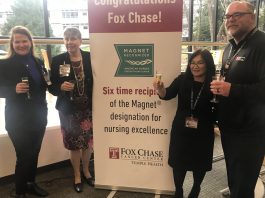