Blaire and Lance Sugarman thought they’d never get their son, Cooper, on the ice like his father. When an Autism Family Skate Night was hosted at Tarken Recreation Center, they finally got the opportunity to get Cooper in skates and in the rink.

The program turned out to be a huge success, bringing seven or eight families in its first outing last year and ballooning up to about 24 at the most recent meeting. Inclusive opportunities like this event are rare, Blaire Sugarman said.

“I saw right away Cooper loved it,” Sugarman said.

Recreation leader Walter Mulholland saw the turnout of these programs and wanted to give even more opportunities for families with special-needs youth to skate. Last month he started Philadelphia Freeze, the city’s only special hockey program. 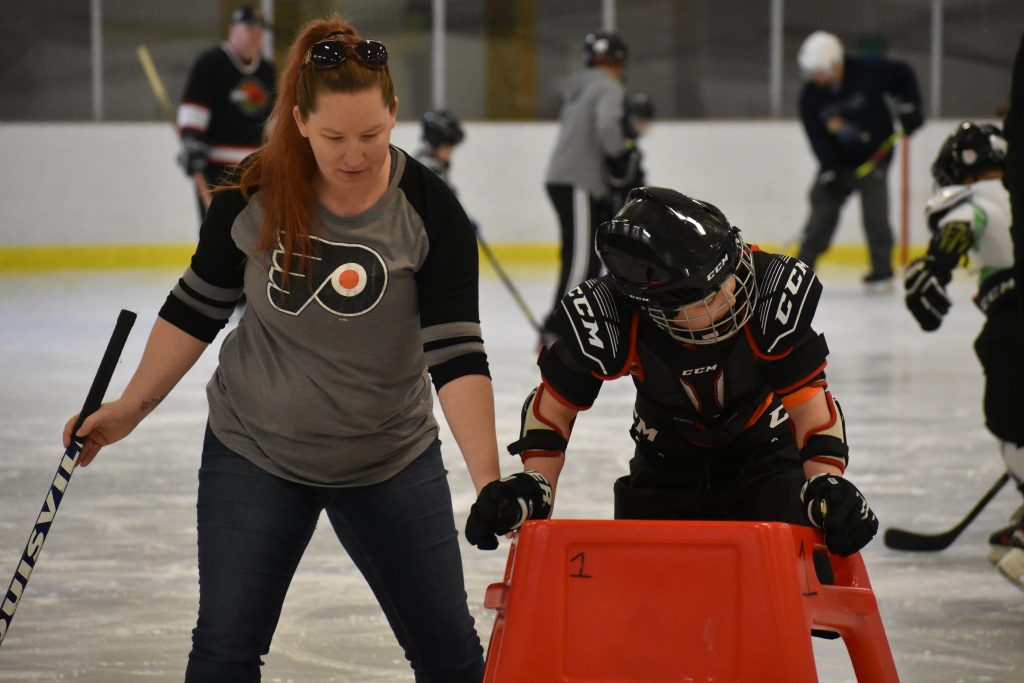 “My son’s never been a part of any organized sport,” Blaire said, so when this opportunity came, the family jumped on it.

Cooper is joined by 20 other players aged 5 to adult who signed up for Philadelphia Freeze in its first three weeks of practice. The program is intended to instill independence and sportsmanship in the kids while they have fun, Mulholland said.

The hourlong practices are structured so that kids get on the ice and get comfortable within the first half-hour, and parents are weaned off within the second half. Within the first three practices, skaters have learned how to navigate the ice increasingly without the aid of a walker and while holding a stick.

The goal is to get the team prepared for competition against other inclusive teams when the team picks up again in the fall, but for now the kids are just practicing skills and having fun.

In the span of three weeks, Cooper has gone from refusing to wear a helmet to making laps around the rink. Blaire Sugarman said he was up late the night before due to his excitement to come out and skate.

“It’s like we found this perfect thing for him and we’re so grateful,” Sugarman said.

The father of a daughter with intellectual disabilities, Mulholland said he hopes the team gives families a way to bond.

“A lot of people in our city with special-needs kids have no idea how much stuff there is to do,” he said. “I want them to come out and learn you can let your kid go on the ice now and let the kid try.”

When Mulholland announced he was starting the team, friends and community members stepped up to donate hockey gear, with a social media post being shared 200 times in a matter of hours. Mulholland was taken aback by the community response and how much gear he received, and said the biggest challenge now is finding gear for the older players aged 15 to 18.

About five high school volunteers help out at each practice.

Philadelphia Freeze is the first inclusive hockey team in the city and one of 18 in the mid-Atlantic region, which covers seven states. Nearby teams include the Bucks County Admirals and the Flyers Youth Hockey Club in Voorhees, New Jersey. More than 80 special hockey teams are registered with the American Special Hockey Association nationwide.

Practices take place every Sunday at 8:30 a.m. at the Tarken Ice Rink, 6250 Frontenac St. The center will also continue hosting Autism Skate Night once a month. 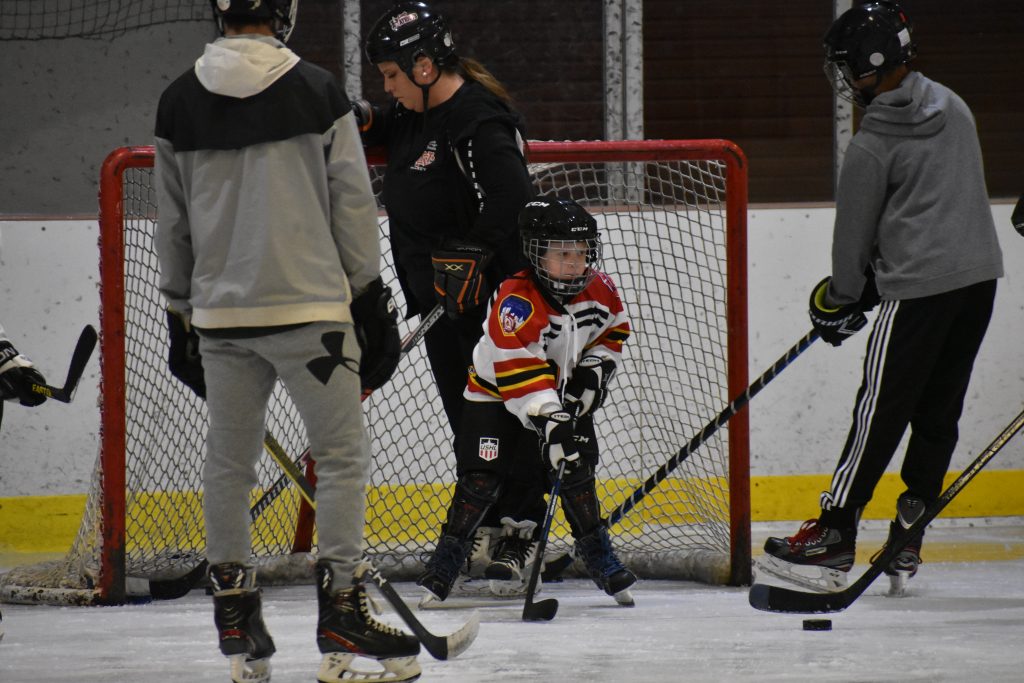 Column: Despite ending, Ryan season one for the books

Northeast continuing to be hard hit by COVID-19