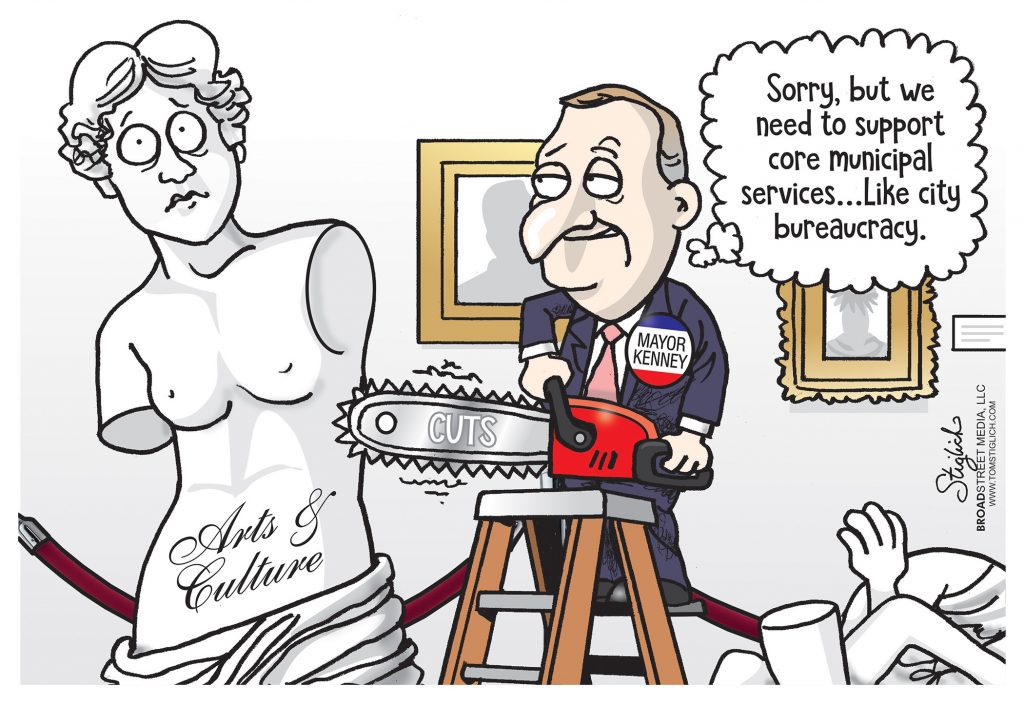 After reading the stirring tribute to Cpl. O’Connor, I soon found myself shaking my head in disbelief at the laughable comments expressed by your readers. President Trump makes America great again while Bernie Sanders exults in shoppers waiting in long lines for bread and toilet paper? Donald Trump has overseen staggering economic recovery? [Note: Stock market statistics today are lower than they were when Trump took office] And as the writer himself said, “The truth, the facts are out there.”  Oh boy, are they.

And has anyone noticed what has been going on with COVID-19? Yes, the virus the president proclaimed as “fake news” and a hoax fostered by Democrats. You know, the affliction that would miraculously disappear one morning, the one that would go from 15 cases to zero in a matter of days, the one we’re prepared for even though some time ago he disbanded the CDC bureau for pandemics. The one that is under control, now that a vaccine is imminent and anyone can be tested who wishes to be. The one for which the wealthy can be tested while thousands of the less fortunate are turned away — to which the president’s comment was, “That’s been the story of life.” The one that, in a worst-case scenario, is predicted to cause the deaths of 2.2 million Americans. Yes, that COVID-19.

I thank my lucky stars that the stable genius in the White House — the one who knows more than the generals and more than health-care professionals — is running the country.

My greatest concern is that he may be making our wonderful country not great again, but dead again.

The facts are out there.

Many other cities have recreated their DAs and police on TV shows. Not Philly.

With our current situation between our police and DA Krazy Krasner, we probably won’t.

Written TV shows generally catch the criminals, who are sentenced to prison within the hour show.

It is to demonstrate that crime does not pay.

But Krasner’s policies don’t allow for that.

Either he starts enforcing the laws as a DA should or he should be impeached and not re-elected.

Each September, the teacher gave the students a list of required supplies to be purchased (pens, pencils, erasers, notebook, ruler, etc.). Parents happily put aside cash for this purpose. The following day, we all had what was required. There was no concept of entitlement from the government . For lunch, we took a brown paper bag with a peanut butter and jelly sandwich wrapped in wax paper. Maybe we even had an apple or cupcake. When done eating, the wax paper and any crumbs were cleaned up and put in the trash; the paper bag was neatly folded for reuse the next day. We learned to “Use it up, wear it out, make it do or do without.” One day when food was low I said to my mother, “I’m hungry.” My father said, “Eat bread and butter.” I replied, “I don’t want bread and butter.” My father said, “Then you are not hungry.” It was not the school’s obligation to provide food and school supplies. A free education was considered a real  opportunity to get ahead rather than a favor to society. If  you misbehaved, the teacher hit the back of your hand with a ruler and the other kids laughed. If your parents heard about it, they hit you even harder. The daily newspaper was left on an unlocked stand. You took one, left the money and made change. No one took the money. Why? It was not theirs. If your mother sent you to the store to get butter, the owner would write the amount in his book and your mother paid for what was on the book days later. Milk was left on the step in a box. So was bread. No one even thought about theft.

If a person was unfortunately out of work, they applied for “relief” with great embarrassment. Mean-spirited gossipy people would whisper, “They’re on relief.” Relief was temporary help, like taking two aspirins for a headache, not a permanent solution. If I were running a fever in the middle of the night, a phone call to the doctor would result in him showing up with his little black bag, some medicine, maybe an injection, and the next morning he would call to see how you were doing. Poor, yes, but while we were in the mud, we were not of the mud.

I felt compelled to reply to Stacie Ruehling’s letter to the editor, April 1, page 10. First, I thought this was an April Fool’s joke. In just a couple of weeks, President Trump has been able to turn a booming stock market and economy into a bear market and recession due to his poor leadership and management skills. Unemployment heading to 10 percent and beyond. Here is a president who believes that a death total of 100,000-plus Americans is acceptable to what he called a “hoax.” Here is a president whose ego will not let him accept responsibility for his poor failing as a world leader. He had a chance to prove his skills as a leader but chose not to. If this is his vision of Make America Great Again, I don’t want to see Part 2.

Show us the money

With all the madness that we are facing with this pandemic, there is nothing more than the madness of $1 billion that Michael Bloomberg spent on his presidential campaign.

Just recently, during the middle of this pandemic, Bloomberg just announced that he is giving an additional $18 million to the DNC. Really foolish for him to spend all that money for a primary instead of thinking about the welfare of the American people when people are out of work. Not very presidential material there, as I see it.

And for Bernie Sanders, with all the American workers out of jobs, laid-off and businesses closed, how was he to provide that free college and Medicare for All, when there’s no money?

Maybe Bernie should be asking Bloomberg for a hand-out, and instead of providing free colleges to all, he should ask Bloomberg to help pay off our mortgages with that billion dollars.

A good use of soda tax money

It is long overdue that our schools should be cleaned up. Save our kids and teachers.