The viewing will begin at 9 a.m., followed by a funeral Mass at 10. Interment will be at Holy Sepulchre Cemetery.

Masks are required to enter the church. Seating will be in every other pew.

Galzerano Funeral Home, located on the same block as the church, is handling the funeral arrangements.

Rizzo was a World War II Navy veteran who served in the Philadelphia Fire Department from 1947-84. For 17 years, he moonlighted at the Philadelphia Inquirer as a part-time truck driver and director of fleet safety.

Under his leadership, the department implemented new operating procedures, improved its communication systems and upgraded its fleet quality. In addition, the department moved into new headquarters at 3rd and Spring Garden streets, 12 new fire stations were built, and the fire academy moved from Roxborough to a modern facility on Pennypack Street in the Northeast. Rizzo installed facilities for women at the academy, but none were eligible to be hired during his term because they couldn’t overcome the veterans preference enjoyed by many men.

There also was a major change in work rules. Firefighters used to work 48-hour weeks, with three days off. That was changed to a system in which firefighters received four days off for every four days of work.

After eight firemen died in the 1975 Gulf Oil refinery fire, Rizzo implemented safety procedures that closely regulated the oil companies and reduced the number of fires at the refineries.

After leaving the department, the former commissioner went to work as director of fire investigative and consulting services for the Center City-based Cozen O’Connor law firm.

In 1991, Rizzo returned to the spotlight when his brother died while in the midst of a campaign to recapture the mayor’s office. Some of Frank Rizzo’s backers asked the former fire commissioner to take his brother’s place as the Republican nominee. Joe Rizzo agreed, but a prostate cancer diagnosis forced him out of consideration.

In lieu of flowers, the Rizzo family would prefer donations to Shriners Hospital for Children at www.lovetotherescue.org. •• 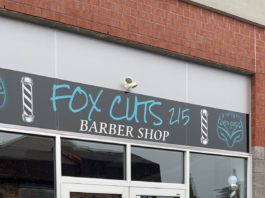