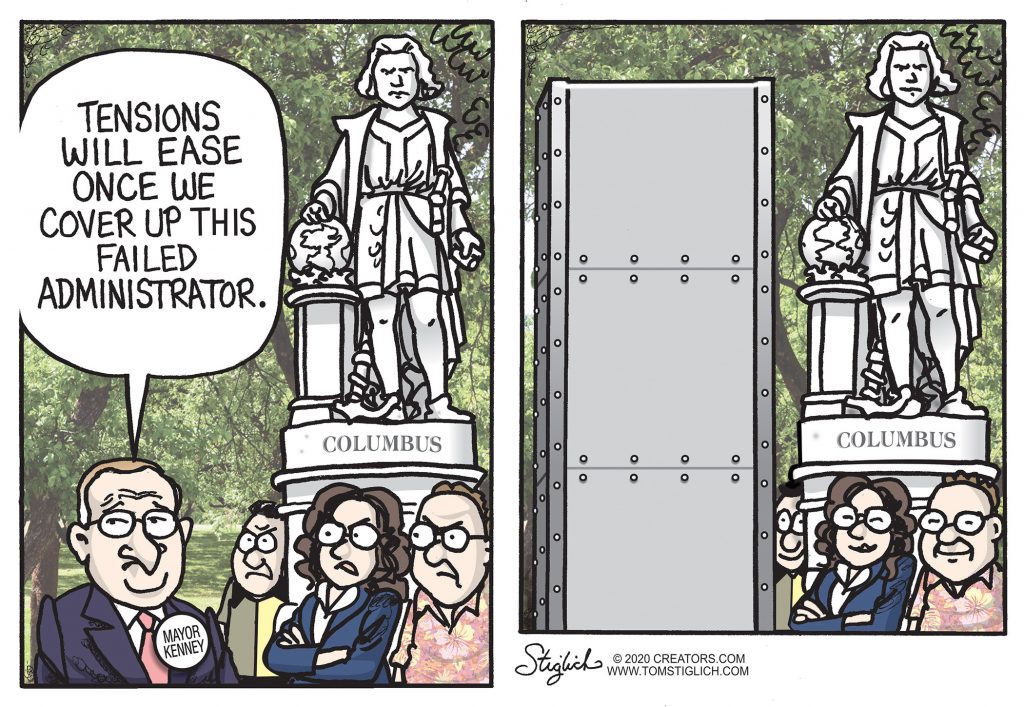 Henon has stepped up during COVID

Full disclosure: I am a dear friend of Councilmember Bobby Henon and have previously worked on his Council campaigns. He didn’t want any publicity on his 12-week-long effort to feed the less fortunate in his Northeast district, but folks should know of Henon’s big heart. Since the outset of the pandemic, he began receiving desperate calls, texts and emails from constituents who’d been laid off or were already in dire financial straits before COVID-19. All of them worried about how they could feed their families in these incredibly challenging times. Henon moved expeditiously, organizing a small army of staff members, volunteers, food purveyors and community nonprofit agencies and devised a plan to get food to those who badly needed it. Over the past 12 weeks, Henon and his team have made an astounding 6,000-plus home deliveries and provided some 40,000 boxes of food for in-person pickup and bulk drop-off to community pantries and churches. In addition, they’ve delivered nearly 60,000 diapers to families with infants and toddlers. Generous area companies have donated much of the food and other necessities, but Henon has also spent $10,000 out of his own budget to help thousands of fellow Northeast Philadelphians when they needed it most. That’s leadership. That’s Bobby Henon.

Kenney had basically four days of watching other cities throughout the country burn because they used restraint. The media are no help. They continue to call what is going on a demonstration while it became a riot. The mini riots were still being called a demonstration. I don’t think Kenney was shocked at the situation. His wishy-washy response certainly didn’t command respect. Kenney and Nero have a lot in common: “Let the city burn.”

Where does Boyle stand on law enforcement?

On May 25, the tragic death of George Floyd occurred. My opponent, Congressman Boyle, has yet to make any comment on his stance of backing or not backing police officers. That is very surprising, since the congressman in 2018 received the endorsement of FOP Lodge 5, the Philadelphia police union.

Did anyone analyze the reasons why certain arrests are made for loitering and curfew?

Could it be that there are people just hanging around, and to keep them safe and doing better in school with more sleep, they should be at home?

Are they the same neighborhoods where innocent people get shot by stray bullets or have higher-than-normal crime statistics?

Maybe instead of complaining, people should thank the police for attempting to keep them safe and obeying the laws.

Please don’t complain about the police enforcement of the laws, change them.

I’m sorry to hear that the tear gas upset politicians, reporters and demonstrators. If I was on the highway sitting in my car with my 88-year-old mother and we saw a mob coming toward us on the highway, my mom would have not made it to her next birthday. We should feel safe in this city. Who are the victims the last few weeks here? The store and shop owners who had their stores looted, the people who use those food and drug stores and stores of necessity. The citizens of Philly who had a curfew imposed upon them. We are the victims here. The politicians should be coddling the victims who did not break the law.

The police fight two battles, the battle that happens immediately and the battle with the Monday morning quarterbacks who have the time to dissect the situation. George Floyd’s killer made a poor decision and should never be a free man again. That commander who ordered the tear gas made an excellent decision that saved victims’ lives and protesters’ lives.

From High Kicks and Pegasus

Our Legend here and at the Shore.

We ALL know him, Personally;

By everyone, he’s adored.

With One infectious smile

our Hardships sail away.

A lust for life and Tyler style;

With locks darker than any lark

And licks so quick, he’s crowned!

The roar of the crowd is heard from the park

when he swings the mic around.

With honor and humility,

Your badge is a Gypsy Heart.

I heard you from the other room

our girlfriend Kept us apart.

Born and bred by minstrel men;

lost one and then the other.

Teenage Wasteland for his mother!

In his battle wIth the “C” word

he yields an axe and sword.

For His sister, an Archangel,

he strums A Golden chord!

We all must leave the show, Someday.

No matter How We Long to stay.

Life’s too short; Buy another day!