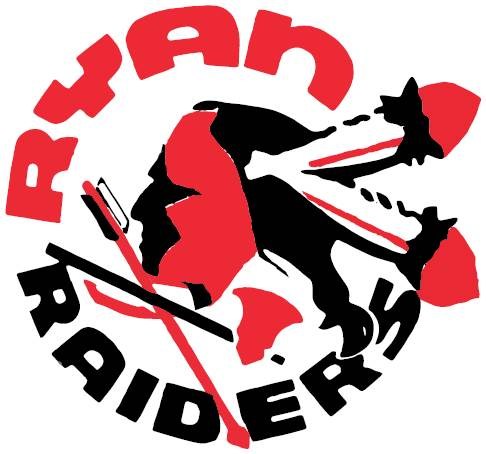 Archbishop Ryan High School’s leadership posted a statement last week, saying it is “actively engaged” in talks with stakeholders in response to a demand that it replace its Raider mascot.

An online petition says, “Depicting Indigenous peoples as ‘Raiders’ in the Archbishop Ryan High School mascot is racist. We ask that the ARHS administration change its mascot immediately.”

There are 387 signatures in favor of changing the mascot, including 252 from alumni.

The note says, “We, the students, alumni, and other community members and allies, call for the removal and replacement of the ‘Raider’ mascot. This mascot image depicts and stereotypes Indigenous peoples as brutal and violent. Images, like the logo of an Indigenous person or the masks students wear to impersonate Indigenous people, are damagingly racist. After centuries of stereotypes, genocide, and erasure throughout the United States’ history, it is past time to replace racist mascots like Archbishop Ryan’s.

“As an organization receiving taxpayer subsidies, it is unacceptable to see this racism amplified and represented by the school. We request the immediate replacement of this mascot, especially in light of Archbishop Ryan’s recent government aid to alleviate COVID-19 pandemic.”

When the Times reached out to the email address that sent news of the petition, asking for a name and connection to Ryan, it received the following reply: “Due to threats of physical and sexual violence against individuals who shared the petition, no further comment or information will be provided.”

A “Keep the Raider” page on change.org had 2,719 signatures as of Tuesday.

“Archbishop Ryan Leadership is actively engaged in fruitful dialogue with key stakeholders including the Office of Catholic Education, AR Board of Limited Jurisdiction, Alumni, Faculty/Staff, Parents/Guardians, Student Council, local civic officials, and the Lenni-Lenape Tribal Council regarding this matter.

“Our goal is to listen to a multitude of voices with varied perspectives in order to form a strategy that is well informed and reflective of our core values as an institution of Catholic education. After a formal plan has been adopted, we will share additional information broadly with the school community.”

A 1987 graduate wrote, “If you only can imagine the people i went to Ryan with in the 80s. NO DIVERSITY. None. And it was horrible. Most of the people i knew from Ryan now seem pretty racist and close-minded (as per their Facebook posts, ugh). It’s been an eye opening experience for me to recognize that my 4 years there gave me absolutely no diversity or thirst for unity among groups that weren’t Catholic and white. My whole world changed at 18 when i graduated and finally saw what the world looks like away from that small corner in NE Philly.”

A 2020 graduate wrote, “I don’t understand why it’s hard for many of you people who bring up the old history of the school to remember that America has been extremely racist. The school started in 1966, while the Civil Rights Movement was still happening. It’s hard for me to get that you really don’t believe there was no racism involved with or incorporated with the school.”

A woman wrote, “The fact that the administration has to even spend one minute dealing with this rather than focusing on starting the school year safely for our kids is what is ridiculous.”

A man wrote, “The woke mob has invaded the NE now.”

One parent wrote on the Ryan Facebook post, “Stop, just stop! This is a waste of time and resources. I’ll gladly pull my kid out if this is even considered and will put my money into another school who doesn’t cater to the mob mentality. All you’re teaching these kids is to give in when people pressure you into something. Nice example you’re setting.”

Another person wrote, “Don’t change a thing! Do not cave to PC and cancel culture!” ••