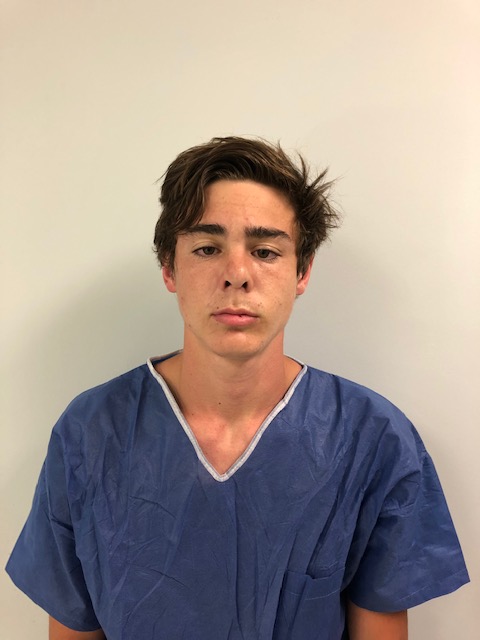 At 8:15 a.m. on Monday, Abington Township Police responded to the Meadowbrook Train Station. Upon arrival, police found an unresponsive woman, later identified as McCaffery, lying in the parking lot next to her running car. She was covered in blood from apparent stab or cutting wounds to her neck and stomach. Second Alarmers Rescue Squad determined the McCaffery was deceased. A witness reported to police seeing a white Jeep fleeing the scene.

Abington Police and Montgomery County Detectives launched a joint investigation into the apparent homicide. The investigation revealed that McCaffery had broken off a yearlong relationship with Newton a month prior to the murder, and she had gone to the train station to meet him to discuss their relationship. At about 10 a.m., Philadelphia Police responded to Newton’s residence following a 911 call. They found him sitting on the couch, wearing bloody clothing. A white Jeep Patriot was parked on the street in front of the residence.

“A young woman with her whole life ahead of her, just graduated from high school, was brutally stabbed to death,” Steele said. “This murder is a tragedy for her family, her friends and everyone who loved her. Sadly, we are seeing relationship violence and domestic violence far too often during this pandemic.”

An autopsy was conducted by Dr. Ian Hood of the Montgomery County Coroner’s Office. Hood determined that McCaffery died of more than 30 stab and slash wounds.

Newton, a recent graduate of Roman Catholic High School, where he played soccer, was charged with first-degree murder, third-degree murder and possessing an instrument of crime. He is being held in the Montgomery County Correctional Facility without bail. A preliminary hearing is scheduled for 9 a.m., Aug. 4, in front of Magisterial District Judge John D. Kessler.

Meanwhile, a GoFundMe page has been created for McCaffery. The address is https://www.gofundme.com/f/in-loving-memory-of-morgan-mccaffery. She planned to attend Manor College. ••