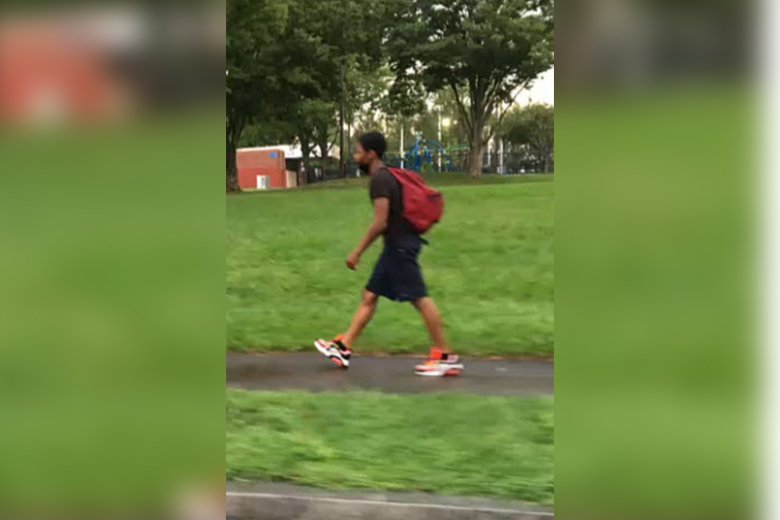 Police are searching for a suspect who attacked and robbed a 64-year-old man around the 9900 block of Frankford Avenue.

On Aug. 13, the suspect approached the man and punched him in the back of the head, causing him to fall. The suspect told the victim he wanted his wallet, then reached inside the man’s shirt and took it.

Video shows the suspect running south on Frankford Avenue before dropping the wallet.

The victim suffered a laceration on his right ear and scrapes to his arms.

View the video on the Philadelphia Police Department’s YouTube channel.

Anyone with information should contact the Northeast Detective Division at 215-685-3153.