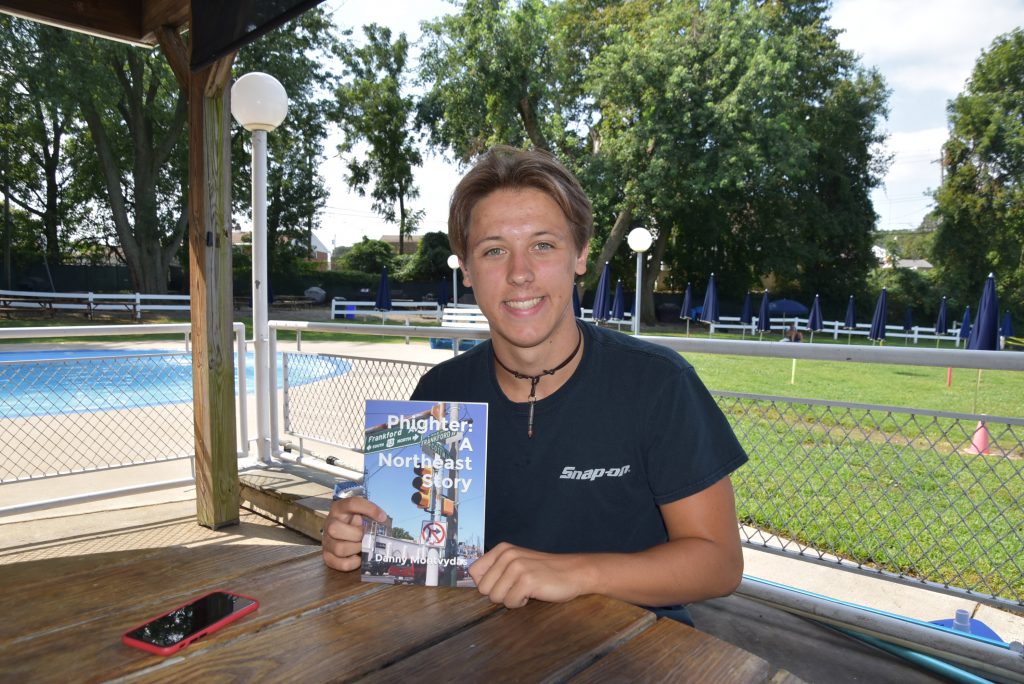 Danny Montvydas used his author’s note to explain the backdrop for his new book.

Montvydas lives in Fox Chase and is mostly Irish. In some ways, he is like Donny. The author wanted readers to be able to relate to and connect with the main character.

Montvydas wanted Donny to attend either Judge or Archbishop Ryan. He flipped a coin. It came up heads, and Donny became a Crusader.

The author thinks it worked out for the best since Judge, like St. Joe’s Prep, is an all-boys school. The book includes a peek at the Judge/Ryan rivalry.

Donny hangs out in Pennypack Park with friends from Judge, Ryan, St. Hubert, Little Flower and Roman Catholic. He plays soccer, baseball, basketball and wiffle ball, spends time at the Flyers Skate Zone and dines at Steve’s Prince of Steaks. 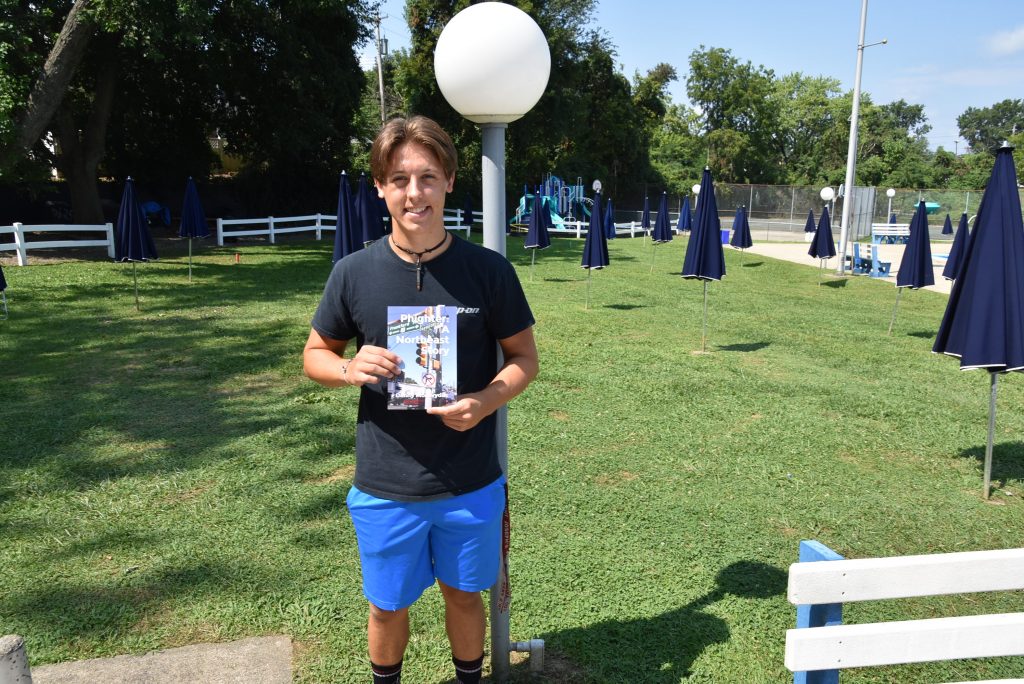 Montvydas thinks people will like seeing so many local references.

“My intention is for people from the Northeast to read it,” he said.

Donny also has a budding romance with a girl named Erin.

“I wanted to have a female love interest,” he said.

Donny engages in vices such as drinking, smoking and vaping.

The book also includes a character named Branden, a bully. He and Donny have a fight in the school cafeteria.

“I needed to find an antagonist,” he said.

The cafeteria fight isn’t the last time Donny and Branden square off, with Donny’s older brother, Dominic, playing a role.

The book has a couple of late twists, and ends on the night of the Eagles’ Super Bowl victory.

Montvydas credits his editors/friends Kelly McPoyle, Matt Purcell, Matt Lombardi and Michael Ruggiero. Another friend, Jared Williams, took the author shot and the front-page cover, a picture of the street sign at the intersection of Frankford and Cottman avenues. Best friend Kenny Hein wrote the foreword.

“I wrote it, but I could not have done this without them,” he said. “They were beyond helpful. They were the best.” 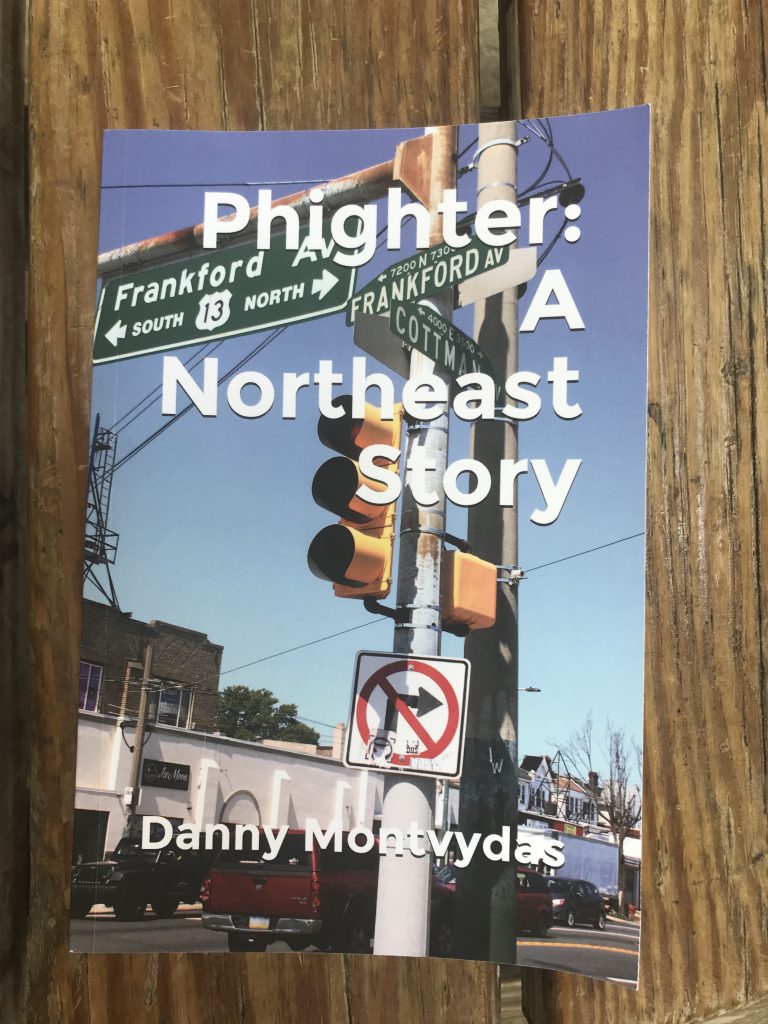 “I loved writing it,” he said. “It’s fun to put something near and dear to you on paper.”

Montvydas is the second-oldest of seven children. The family lives on Loney Street. He was home-schooled from kindergarten through eighth grade before enrolling at Prep, and remains a St. Cecilia parishioner. His family have been longtime members of the Bustleton Swim Club, and he has spent the last three summers working there as a lifeguard. He was a member of the Prep swimming team for four years, helping the Hawks finish second each year in the Catholic League to mighty La Salle.

When he turns 18 in October, he’ll enlist in the armed forces, either in the U.S. Navy, Marine Corps or Army.

Is there another book on the horizon?

Montvydas said he has recently read The Godfather and other books about the mob. He doesn’t have a title for a planned mob-themed book, but has written about 70 pages on Google Docs. ••

To buy the book, go to Amazon.com and type in the author’s name or the title of the book. The cost is $14.99 for a paperback.