In his office, Eric Naftulin keeps his old janitor uniform displayed. It looks like something a gas attendant would wear, but for Naftulin, executive vice president at Federation Housing, it’s a reminder of where he came from.

By chance, Naftulin fell into a job as janitor at Federation Housing 31 years ago when he came across a classified ad for the position in the Northeast Times. On Halloween in 1989, he worked his first day at the low-income senior living facility’s location at Bustleton and Byberry.

“As they say, I was born and raised here at Federation Housing,” the lifelong Bustleton resident said.

He originally had plans to join the Philadelphia Fire Department, but ended up staying with the housing community for almost his entire working life. The mission to provide affordable and quality housing and independent living for low- and moderate-income seniors was something that hit close to home for Naftulin.

“I realized my grandparents fit that box on both sides of my family,” he said.

Federation Housing is celebrating its 50th year of operation in 2020 and currently provides housing for over 1,500 residents. It’s expanded to 11 buildings spread across Northeast Philadelphia, Elkins Park and Trevose, Bucks County.

The one-bedroom apartments with a full kitchen and bathroom fulfilled a community need, and the first building was filled within a couple of months of opening.

“It hasn’t had a vacancy issue since,” Naftulin said.

Pre-pandemic, the centers would host activities to keep residents active and social, but early precautions were taken when news of the virus spread. In the first week of March, community spaces were shut down and boxed meals were sent directly to rooms.

“We had eight cases of the virus agency-wide in all these months,” Naftulin said.

A gala at the United States Holocaust Memorial Museum honoring the community’s 42 board members and donors that was originally scheduled for next week is delayed during the pandemic.

Federation Housing’s founding director Ephraim Goldstein ran the company for its first 24 years. He took Naftulin under his wing and helped him pay for online business administration college courses he took while continuing to work.

The first building bearing the Federation Housing name opened in 1970 but was short-lived due to not meeting code violations. In 1974, the community opened a 322-apartment building at 2102 Strahle St. called the Samuel Tabas Apartments.

It may be 50 years old, but the community isn’t done growing and employs a full-time real estate development director who looks for ways the community can grow.

“The work’s not done and I don’t know if it will ever be done,” Naftulin said. 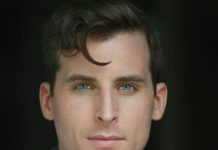 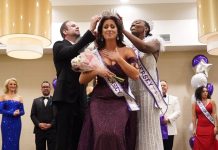 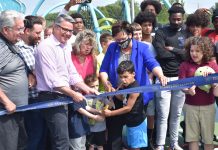