But nobody has more fun.

The Northeast High School football team has more than its share of stars, but one of its strengths is the offensive line.

And the group, which is led by senior guards Tamir Schullere, Nate Kennedy and center Shamaad Clack, has talent, but they point to the hard work they put in every day with line coach Aaron Brown as the reason for their success.

“We work hard, a lot harder than people realize,” said Schullere, who lives in Germantown and has been a starter for two years. “I know everyone works hard, but I don’t think anyone on our team works harder than us. We work on everything, strength, conditioning, technique. We’re always out there working.”

“I think we have to work hard because we’re an undersized team,” said Kennedy, who lives in North Philly and plays the other guard position. “We go up against some of the best teams in the state or the country, even. We have to be able to win when we play them, so we’re always practicing hard during the season and getting ready when we’re not playing.”

The Vikings aren’t playing right now. Like all Public League teams, Northeast has postponed football season until the spring.

Obviously the seniors wanted to have a normal season where they could play throughout the fall months, but that was spoiled by coronavirus.

It’s particularly painful this year because Northeast thought it had a legitimate chance to make a long run through Public League play and into the state tournament. It would have been difficult because, as always, St. Joe’s Prep would stand it its way of making the state tournament, but if any year was going to be the Vikings’ year, this was it.

But that’s glass half empty.

There’s other reasons to be optimistic about playing later in the school year, and that’s how the team is approaching it. For now, the team, and especially the offensive line, is making sure that when the season begins in March, they’ll be ready for action.

And ready to show prospective schools what they’re capable of.

“We’re seniors, so we want to get noticed, and we want to have a chance to play beyond college,” said Clack, a center who lives in Oxford Circle. ”Obviously we wanted to play now, but now we are working to get better for when it happens.” 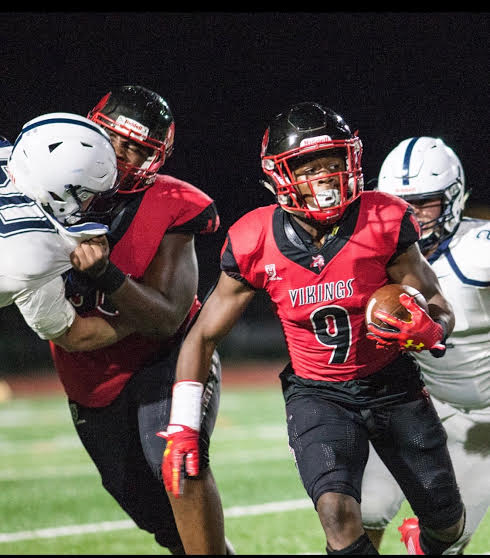 Northeast might be the best team playing in the spring.

Going into the season, it was widely considered Northeast would be the second-best team in Southeastern Pennsylvania behind just St. Joe’s Prep, which returns a host of high Division I players. But Northeast is right there, and for the last five years, the Vikings had played the Hawks in the District 12 Class 6A championship game.

And while they never won, the Vikings got closer and closer each season. They hoped this year would be the year they would get over the hump and qualify for the state playoffs.

But even though Northeast had failed to beat the Hawks, the Vikings enjoyed the challenge of playing the best team in the state.

All three seniors want to see top competition because they hope to play against top players beyond high school.

All three are looking to get a college scholarship to continue their education and football career. They also have high hopes in the classroom. Two hope to go into the medical field, another is looking to business.

“I want to study sports medicine,” Schullere said. “I like that you get to help athletes. I want to become a physician or physical therapist and help injured athletes get better or even greater than what they were before they got hurt.”

“I want to study physical therapy or athletic training,” Clack said. “Growing up, I broke a lot of bones and I had to go to trainers a lot. I would like to help people, help them recover from what I went through. And I want to stay around sports, so I think that would be perfect for me.”

“I’ve been looking at a lot of schools and I’ve applied, but nothing definite yet,” Kennedy said. “I want to study something along the lines of business. I like that in the beginning it’s going to take time to build it up, but once you get it going, I like how rewarding it is. And you work for yourself, you don’t have to worry about working for other people.” 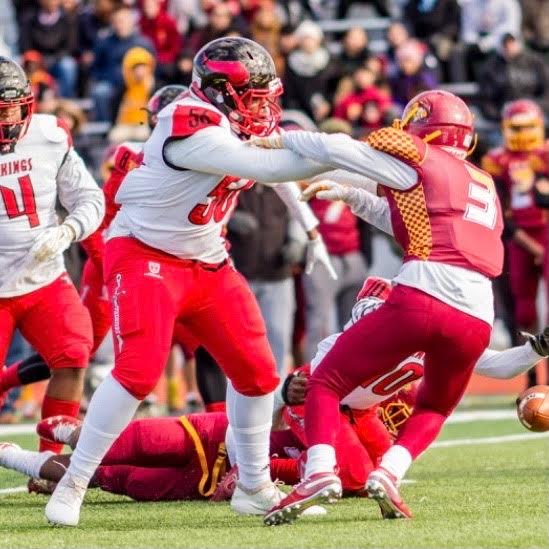 While they have a blueprint for what the future might hold, they know they will remain in each other’s lives long after they stop playing for the Vikings.

The entire team is close, but the offensive line has formed a bond. And whether they’re pushing weights, playing football or just hanging around, this group loves to be around each other. And it’s what makes them play well on the field.

“Even during the whole COVID, we talked every day,” Schullere said. “Either on text or social media, we talk every day. The whole team does, but we talk more.”

“I love my teammates, especially the guys on the line, because we’re a family,” Kennedy said. “We’re best friends. I think because we are always together, we’re always talking.”