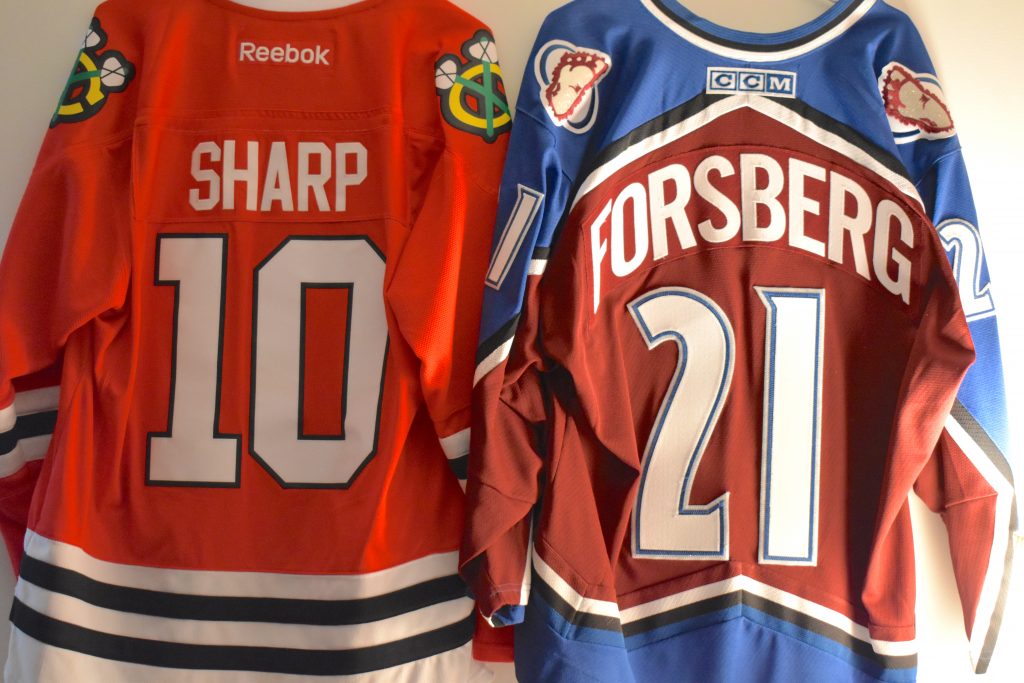 It took a while, but Brayden Coburn joined an exclusive club.

Yes, he was part of the 2020 Stanley Cup-champion Tampa Bay Lightning. But he also etched his name on a continuously growing list of former Flyers who were traded directly to a team that won the Stanley Cup. In Coburn’s case, it took five years to make it happen after being traded to the surging Bolts at the 2015 trade deadline. The Flyers received Radko Gudas along with a first- and third-round draft pick that became goalie prospect Matej Tomek while the first-rounder was traded away. The Lightning came close that spring, but lost to the Chicago Blackhawks in the Cup final. The Lightning eventually reached their ultimate goal in 2020 with Coburn still on the team, albeit playing a minor role in the playoffs. However, he was seen as a big part of the puzzle, receiving the Stanley Cup third in the traditional handoff after captain Steven Stamkos and Conn Smythe winner Victor Hedman. It was quite an honor for Coburn, who has played 964 regular-season games over 15 NHL seasons and 137 more in the playoffs.

It’s been a trend for years that core players get traded away by the Flyers and win their Cup on that team. You could make quite a roster with the players who did.

So we made one — four offensive lines, three defensive pairing and a goalie tandem. Our 20-man roster does not include players who were traded to one team and later won the Cup with a different team (for example Jeff Carter, who was traded to Columbus and flipped to the Los Angeles Kings after half a season). We will, however, include draft picks that were traded away and panned out to be Stanley Cup winners with the team the pick was traded to. Line combos aren’t so much based on positions, but more for chemistry.

Line 1: Rick Tocchet, Peter Forsberg, Mike Richards: This line has skill and grit as Tocchet, the Flyers all-time leader in penalty minutes, was traded to Pittsburgh Penguins before they won their second Cup in 1992. The Flyers did get Mark Recchi and Brian Benning back in the trade. Forsberg was part of the Eric Lindros deal to the Quebec Nordiques who moved to Colorado and won in 1996 and 2001. Mike Richards, of course, won with the Kings in 2012 and 2014 after a blockbuster trade that brought back Wayne Simmonds and Brayden Schenn.

Line 2: Justin Williams, Rod Brind’Amour, Brayden Schenn: It’s another line that’s tough to play against. Williams (Mr. Game 7) and Brind’Amour were both traded to the Carolina Hurricanes for Danny Markov and Keith Primeau, respectively, and enjoyed a championship in 2006. Schenn won with the St. Louis Blues last year after a trade that brought back Jori Lehtera and two picks (Morgan Frost and Joel Farabee).

Line 3: Patrick Sharp, Ben Eager, Bryan Bickell: The 2010 Stanley Cup hurts because the Flyers reached the final and lost to the Blackhawks in six games. They also had to watch these three guys lift it at the Wells Fargo Center. Sharp was one of the worst trades in the team’s history, as the Flyers received Matt Ellison in return. Eager was given away for minor-leaguer Jim Vandermeer, and Bickell was a second-round draft pick who was given up in the Alexei Zhamnov trade in 2004.

Line 4: Ruslan Fedotenko, Shjon Podein, Mike Ricci, Dave Brown: Threw in an extra forward here. Fedotenko was part of the Lightning’s first Cup in 2004 and brought back a first-rounder (Joni Pitkanen) while Podein was shipped to the Avalanche for Keith Jones in 1998. Ricci also won with Colorado, as he was included in the massive Lindros trade. Enforcer Dave Brown won the Cup in Edmonton in 1990 after being dealt for Keith Acton and a future sixth-rounder (Dmitri Yushkevish).

1st D Pair: Kimmo Timonen and Brayden Coburn: They played together for years in Philadelphia but the Flyers shipped Timonen to Chicago for his final run, and he retired a champion. They received a couple of picks in return, including Wade Allison. Coburn, as mentioned in the opening, won with the Lightning this year.

2nd D Pair: John Carlson and J.J. Daigneault: Ever heard of Steve Eminger? That’s who the Flyers gave up a first-round pick for in 2008 to the Washington Capitals. It became Carlson, who is a perennial Norris candidate who won the Cup with the Caps in 2018. Daigneault, known for scoring one of the biggest playoff goals in Flyers history in 1987, was traded a year later to Montreal, where he won a Cup in 1993. The Flyers got Scott Sandelin in return.

3rd D Pair: Brad McCrimmon and Kjell Samuelsson: The Flyers got a first and a third (Dominic Roussel) for McCrimmon from the Calgary Flames, who won their only Cup in franchise history in 1989. Hulking defenseman Samuelsson was part of the Tocchet trade to the Penguins in 1992.

Goalies: Ken Wregget and Wendell Young: Both were traded to Pittsburgh and played backup roles to Tom Barrasso in successive seasons. Wregget was the third and final piece of the Tocchet trade, and Young brought back a third-round pick who became longtime defenseman Chris Therien.

The Flyers certainly got a bunch back in those trades. But was it worth it? Here’s the lineup of guys the Flyers received in return: